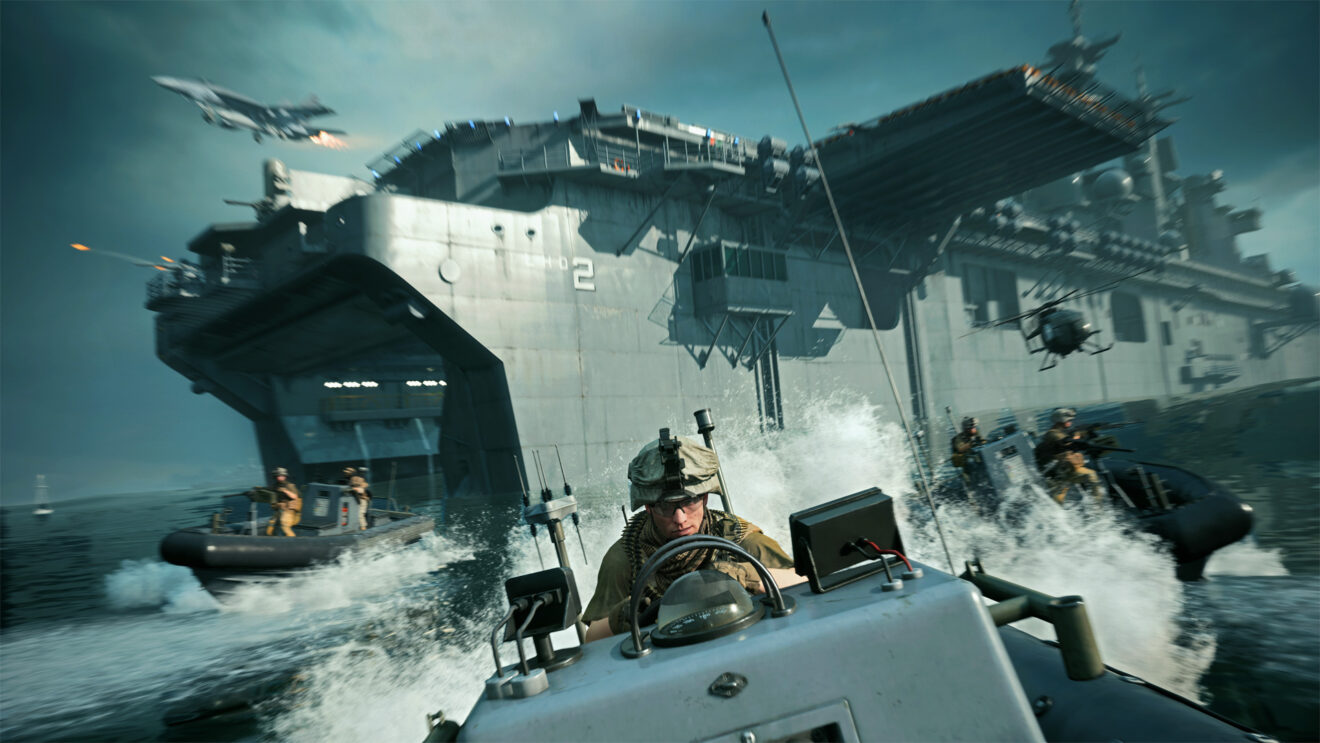 Battlefield 2042’s “love letter to fans” is Battlefield Portal, a creative mode that lets players build custom matches using remade assets from three classic games in the series. And one of the most exciting aspects of Battlefield Portal are the maps that are available in the mode.

Before getting into the maps themselves, these three games are probably the best choices to cull assets from for Battlefield Portal. First off, all three are at least 10 years old at this point, meaning they are ripe for the remastered treatment. Battlefield 1 probably has a lot of interesting weapons, vehicles, and maps to offer, but it’s only one console generation old and already playable in 4K at 60 FPS on Xbox Series X and PlayStation 5.

Battlefield 1942: Battle of the Bulge and El Alamein

All of the maps in Battlefield 2042—whether we’re talking about the new maps or the classic remakes—will surely benefit from the updated version of Frostbite Engine, but the two Battlefield 1942 maps coming with the Portal are the most exciting.

Battlefield 1942’s maps are being fully recreated in Battlefield Portal with assets built for the new version of Frostbite. The visual upgrades alone make 1942 an exciting choice, especially when it comes to the river that runs through the middle of Battle of the Bulge.

Because of technical limitations at the time, Battlefield 1942 only had a viewable distance of about 200 meters, and the maps were designed around that fact. Now, with a modern game engine, players will be able to see much further, so Ripple Effect Studios is slightly reworking the maps so that they flow better and provide more cover.

But the biggest improvement is that they will feature destruction for the first time. DICE built Battlefield 1942 in the Refractor Engine in 2002, and destruction didn’t make its way into the series until the first game built with the Frostbite Engine, 2008’s Battlefield: Bad Company. Seeing how destruction can shape (no pun intended) even just a standard Conquest match on these reimagined 1942 maps will be enough to intrigue longtime fans of the franchise.

As for the specific 1942 map choices, Battle of the Bulge and El Alamein are spot on. Of the two, El Alamein was the more obvious choice, as it’s often remembered as one of the best in the series for its massive scale and iconic desert backdrop. It’s also a map that needs adjustments to work in a modern shooter setting, as it was a largely empty map that punished infantry players and made playing in anything other than a tank or plane nearly impossible. It will be interesting to see if Ripple Effect can recapture 1942 players’ nostalgia while also offering a map that plays well.

Battle of the Bulge is a little more interesting, as it’s not one that usually makes the top 10 list when it comes to all-time great Battlefield maps. But the choice actually makes sense when you look at the other options. Wake Island has already been done to death, most recently as one of the better Battlefield V maps. Iwo Jima also saw a recent remake in Battlefield V, and that and Omaha Beach would have probably suffered for being based on beach landings. Besides, Ripple Effect probably didn’t want to have to model too many factions, which is probably why none of the Pacific or Eastern Front locations made it into Battlefield Portal.

Considering all that, Battle of the Bulge just makes the most sense. It provides a good balance between vehicular gameplay and infantry action, there are plenty of buildings to destroy, and it’s relatively square layout make it a perfect sandbox for the Portal’s wackiness.

Ripple Effect could have thrown a dart at a list of Bad Company 2’s maps and landed on worthy selections. Bad Company 2’s map design is almost universally praised for its thoughtful layouts, tactical destruction options, and sense of escalation as you make your way through a Rush match. Any of the game’s 19 maps (including the five that launched with its Vietnam DLC) would have worked for Battlefield Portal’s purposes.

But if it had to be just two, Arica Harbor and Valparaiso are great options because of what they offer in the context of 2042.

Every map in Battlefield Portal has to be able to support 128 players, because that will always be an option for those who use the mode’s extensive editing tools. Both Arica Harbor and Valparaiso offer opportunities for Ripple Effect to expand their playable areas in interesting ways. Ripple Effect general manager Christian Grass stated that the water in Valparaiso can be set to low tide, meaning players can move around a lot more. Meanwhile, Arica Harbor has a gigantic mountain range set just outside the playable area in its original version, so it will be interesting to see if the developer does anything to build that up.

But both maps also offer things that the other remade maps don’t. Arica Harbor has some of the only urban environments out of the six remade maps, with intricate layouts and a ton of options for both vehicle and infantry players. It might not have been my first choice—that would be either Nelson Bay or Port Valdez—but it’s definitely a good one.

Valparaiso, however, is a no-brainer, because it offers an atmosphere that is lacking in the other choices on the list. Anyone who’s played Valparaiso probably remembers the first time they pushed through the jungle to attack the first set of objectives on Rush. It’s easily one of the most beautiful maps in the game, but its heavy vegetation, undulating terrain, and noteworthy points of interest like the lighthouse make it a great one for gameplay as well.

Out of the three games, I think Battlefield 3’s selection of maps is the weakest—not because they aren’t great maps, but because there’s a little bit of “been there, done that” with these choices.

Noshahr Canals is one of those maps that has kept Battlefield 3 servers alive for a decade. It’s a fan-favorite team deathmatch map, but its Conquest and Rush variants are also pretty darn good. Its inclusion will definitely excite a lot of fans, and it will offer plenty of opportunities for crazy close-quarter modes and variations like melee weapons only or a makeshift “Infection”-style mode. My only reservation is that the 2042 map Manifest seems to scratch the same shipping dock itch but on a much larger scale. This is definitely a great choice and a nostalgia trigger for a lot of players, though.

Caspian Border is another great map, boasting a large playground for vehicular battles on land and air, and a massive tower as a centerpiece that can come crashing down in the middle of a match. It’s easily one of the best and most memorable maps in Battlefield 3, but we already got a remake of it in Battlefield 4. Yes, console players will finally get to experience it in 4K at 60 FPS, but it’s just not as exciting an option as a map that hasn’t been remade would have been—like, say, Damavand Peak or Seine Crossing. Granted, Seine Crossing may not offer the same kind of gameplay and flexibility as Caspian Border, but it would have been cool to see another classic map from Battlefield 3, since there are so many to choose from.

That being said, it’s a way better choice than the done-to-death Operation Metro.

Besides the six remade classic maps, Battlefield Portal also lets players use any of the seven launch maps from the standard Battlefield 2042 All-Out Warfare experience. That means there will be 13 maps on offer when the game first releases, with every season of DLC introducing new maps and weapons that will also be available in the Portal. It’ll be exciting to bring old vehicles and weapons into the newer, larger maps, as well as modes that aren’t included in the standard experience like Rush.

Ripple Effect wouldn’t comment on whether additional remade classics would make it into the mode as post-launch content, but if the developers do decide to add more old maps back into the game, it’s not like they’ll be hurting for options.

To find out more about Battlefield 2042’s Battlefield Portal, you can check out the launch trailer and read up on our deep dive of the mode’s extensive logic editor. 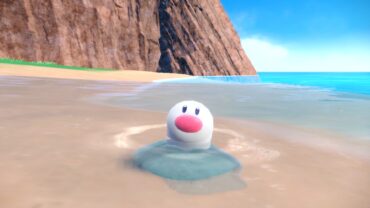 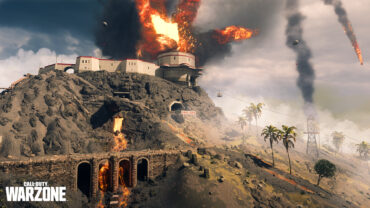