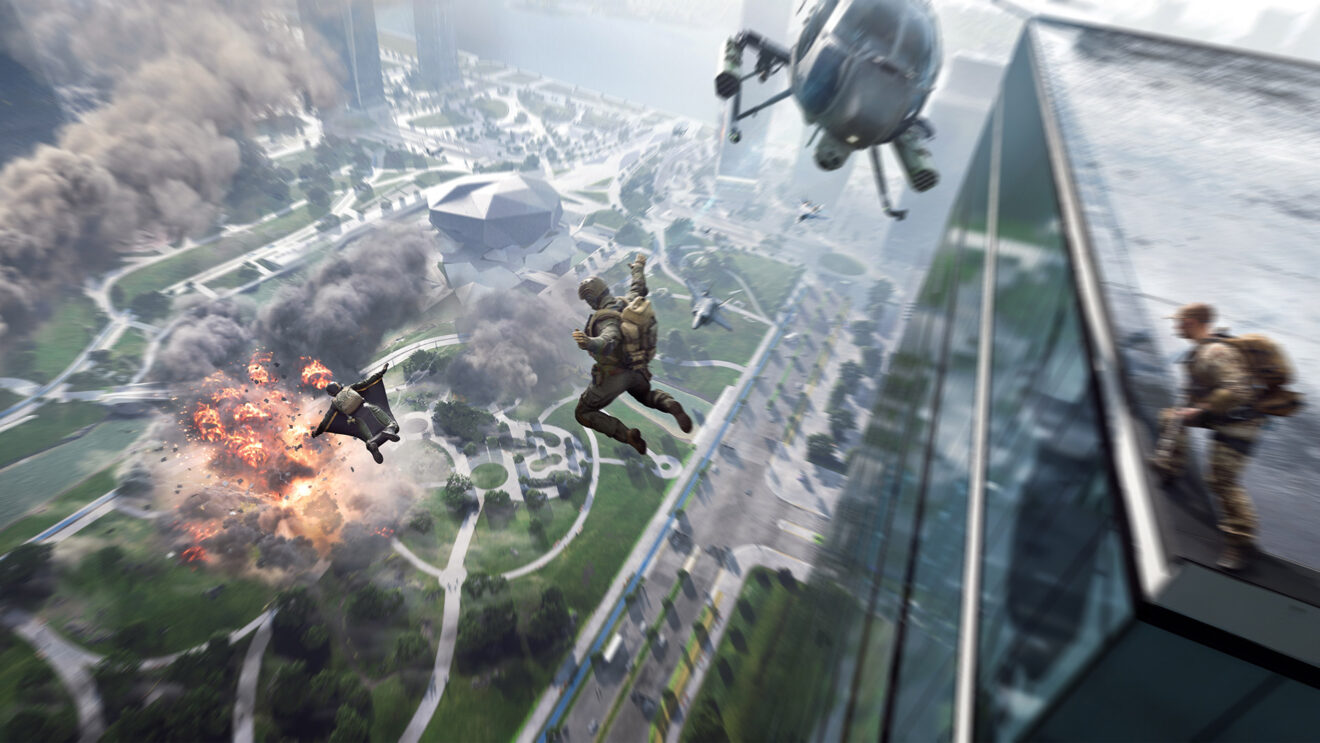 Battlefield 2042‘s next patch launches tomorrow, August 2nd, bringing with it a reworked launch map, a mew player stats page, and hopefully the aim assist fix that console players have been waiting for.

Update 1.2 will finally bring the updated version of Kaleidoscope to Battlefield 2042 that DICE initially previewed back in March. Kaleidoscope will now feature a new military base landmark, new assets that provide more cover for infantry, as well as reshaped terrain that will make traveling on foot a little safer and more dynamic. Following Kaleidoscope 2.0, the next map to get a facelift will be Renewal in Season 2, though it’s still unclear if DICE plans to similarly improve the rest of the maps.

Speaking of facelifts, the grimy Specialist makeovers that DICE recently previewed will come to the game with Update 1.2. Affected Specialists are Boris, Falck, McKay, Angel, Sundance, and Paik. It’s unclear if the updates are purely visual or if the new, gruffer voice lines that DICE teased will also arrive with the patch. What is clear is that the gameplay reworks of the Specialists are not coming with the patch, despite DICE promising that it would begin to communicate its plans for the controversial characters months ago.

A new player stats page will also come to the game with Update 1.2. While Battlefield 2042 has been tracking player stats in the background since its launch, there hasn’t been an official page in the game that actually let players see what their stats like kills, deaths, and shots fired were. Both Battlefield 1 and Battlefield V had in-game stat-tracking pages, so this update will hopefully bring 2042 a little bit closer to the usability of previous titles.

Console players will hopefully also notice some improvements to aim assist, which hasn’t properly worked since the game launch. Though previous patches supposedly provided fixes, players still noticed that tracking moving players was nearly impossible, as the aim assist would actually prevent players from being able to get their aim on an enemy, as detailed by YouTuber SMK Gaming over six months ago. Hopefully this will allow players on Xbox Series X/S and PlayStation 5 to be able to keep up with PC players since DICE doesn’t seem to plan on making any changes to cross-play.

Update 1.2 will also introduce a ton of balance changes for both weapons and vehicles. The BSV-M, which has dominated the game since its introduction with Season 1, will see nerfs to its automatic fire mode in the form of an accuracy penalty. The K30, M5A1, and MP9 will all see damage nerfs, too. As for vehicles, the stealth chopper’s 30mm canon will be nerfed. Infantry players rejoice.

You can read the rest of the patch notes on the game’s official website. Update 1.2 will be the last one before Season 2 launches next month.