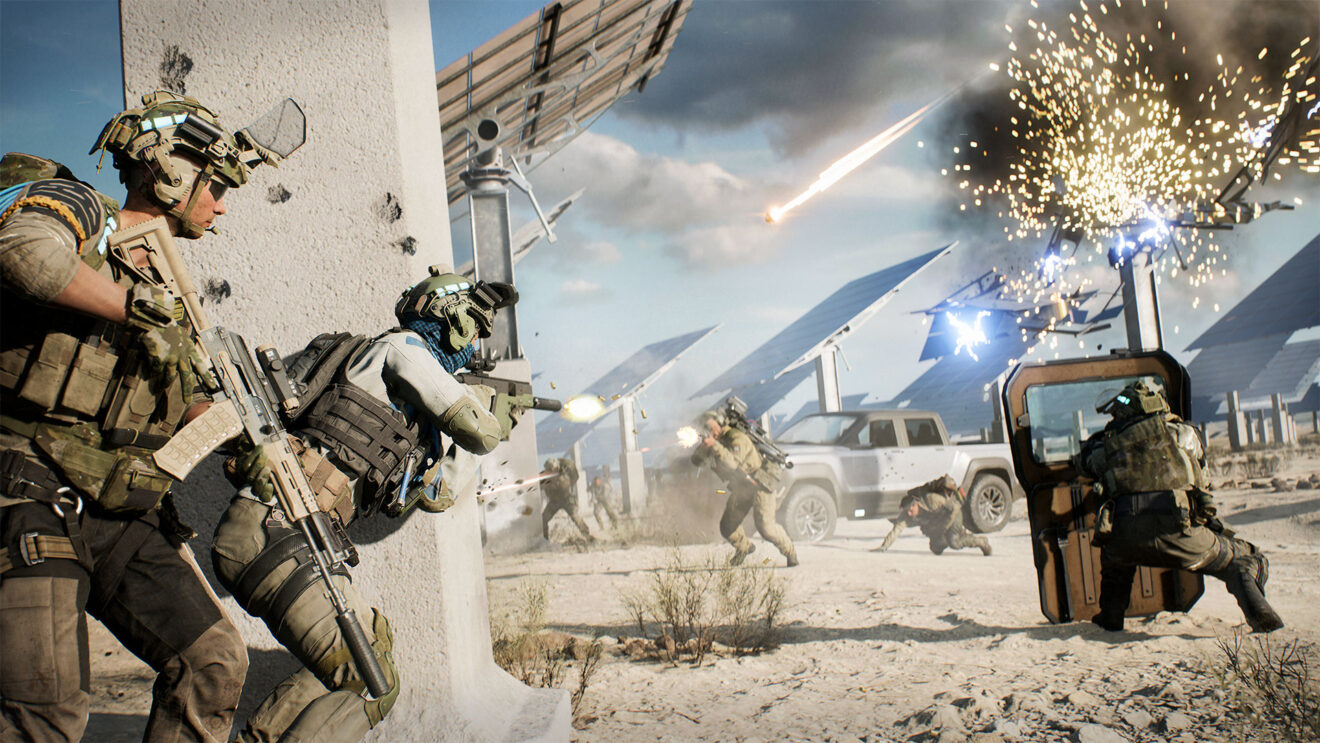 Part of Battlefield 2042‘s road to recovery is that developer DICE is giving the game’s controversial Specialist characters a makeover. One major complaint that fans have had about 2042 is that its Specialists’ chipper looks and quirky voice lines don’t reflect the game’s setting of climate disaster global civilization in decline. In response, DICE has released a preview of what the Specialists will look like when Update 1.2 launches next month.

Uploaded to Battlefield 2042‘s Twitter feed, the previews show grimier versions of Boris, MacKay, Angel, and Falck. Boris and Falck both look a bit younger, and MacKay and Angel are both sporting new facial hair. Apparently they don’t have shaving cream in the apocalypse.

Last week, Reddit users spotted the same Specialist makeovers on a Battlefield developer’s ArtStation account, plus most of the remaining characters (excluding Casper). While they might not all have dramatic of a makeover as MacKay, they’re definitely all sporting more grime and grimaces.

DICE initially previewed some aesthetic changes to the Specialists back when Season 1 launched. However, DICE still hasn’t released its Core Feedback Loop initiative for the Specialists, which was supposed to focus on gameplay changes. It’s unclear if the developer still plans to initiate that program with Specialists.

Updated Specialist looks are just part of what DICE is rolling out with the August patch. The new version of launch map Kaleidoscope and a new player profile stats page will also arrive in Battlefield 2042, as well as tweaks to weapons and vehicles and a fix for the game’s ongoing aim assist issues, according to Battlefield Bulletin.