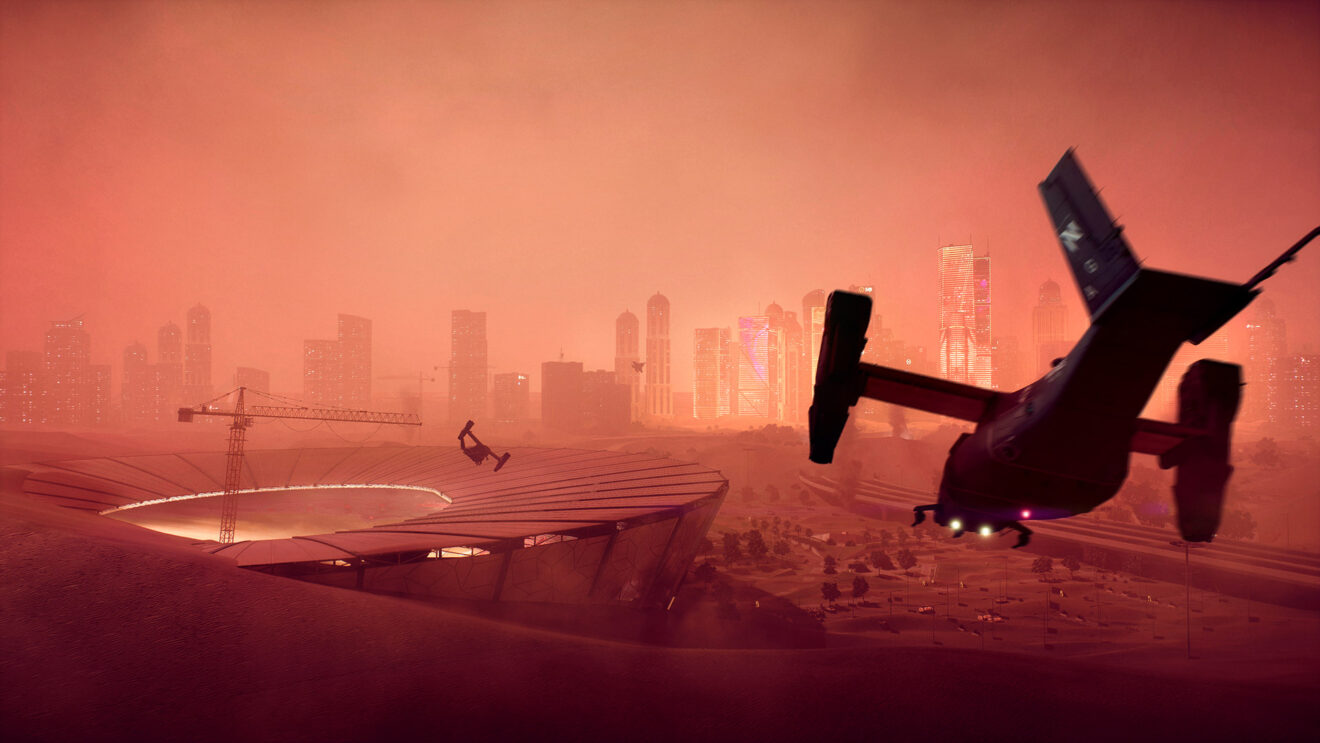 Battlefield 2042 1.1 update tackles the most broken vehicle in the game

Battlefield 2042‘s 1.1 update has arrived, and it attempts to fix what is currently the most broken vehicle in the game.

Yes, we’re talking about the air transport vehicles—the Condor and the Hind—with their 50mm cannons. Players have noted that both vehicles had the capacity to be overpowered with a full crew since the game launched. But ever since developer DICE moved the Nightbird from the transport to the attack category of vehicles, more players have been using the Condor and Hind, leading to a much more noticeable spike in the usage of the 50mm cannons.

The 1.1 update finally addresses the overpowered weaponry. According to the patch notes, the update reduces the cannon’s rate of fire from 110 to 40, as well as making it a single-fire shot. In other words, it sounds as if it fires much more like a tank now, which is basically what it is—a flying tank.

The Condor and Hind aren’t the only vehicles that 1.1 adjusted. Underperforming jets got a buff to their weaponry, and the still-powerful Nightbirds got a nerf to the anti-personnel rockets’ rate of fire. The MAV transport vehicle and the tanks also saw several adjustments to their weapons.

Update 1.1 added a few new options to Portal, including both Air Superiority and Ground Superiority as presets for the web builder, so making custom vehicle-only modes should be easier than ever. The Frogfoot and Warthog jets have been added to Battlefield 3 maps, too.

The main focus for weapon balance in 1.1 are the DMRs, which should now perform better at longer ranges, with bullet speed and headshot damage increased across the board. That includes the already-powerful BSV-M, which DICE added to the game with Season 1.

The previously discussed adjustments to third-person soldier animations have also made their way into the game with this update. Those include changes to how much a character turns at the hip before having to adjust their legs, as well as them leaning into turns while sprinting.

Despite the fact that DICE will no longer support Hazard Zone with future content, it has adjusted the rules to make the mode a little more forgiving and accessible. One thing that you won’t see in the patch notes are adjustments to traversal on the last-gen versions of the game. Lead engineer Niels Stoelinga tweeted that adjustments have been made to bring movement more in line with the smoother current-gen experience.

Next month’s update will add the updated version of Kaleidoscope to the game. DICE GM Rebecka Coutaz recently confirmed that a “big, big majority” of DICE is still working on Battlefield 2042, and the studio is clearly making a major effort to improve the game. However, as long as console and PC cross-play is still on by default, I probably won’t be returning for this patch or the next one, either.

You can read the full patch notes for update 1.1 below. Battlefield 2042 is available on Xbox Series X/S, PlayStation 5, Xbox One, PlayStation 4, and PC.

We’ve made several changes to reduce the reliance on the Data Drive Scanners within Hazard Zone. This should make it easier to understand the mode, and allows you more choice in which gadgets you want to deploy with.

A new mechanic has been added to Hazard Zone, called Second Chance. This should make it more forgiving while you are first getting to know and start interacting with new squad mates.

Autocannon has been adjusted to make it a close range anti-vehicle weapon with diminished power over longer distances:

We’ve updated DMR’s to make them more valuable in long-range combat as we currently felt they were underperforming. The first improvement we made here is to increase Bullet Speed, which means less lead time when firing at your target.

We also noticed that headshots weren’t rewarding enough for extended combat engagements. To address this we’ve tweaked their Headshot Damage Multiplier at long-range:

No changes have been made to DMR performance in short to medium range combat, and they’ll feel as you are used to when fighting against Assault Rifles and SMG’s. We’re looking forward to your feedback on these changes once you’ve been able to test them.