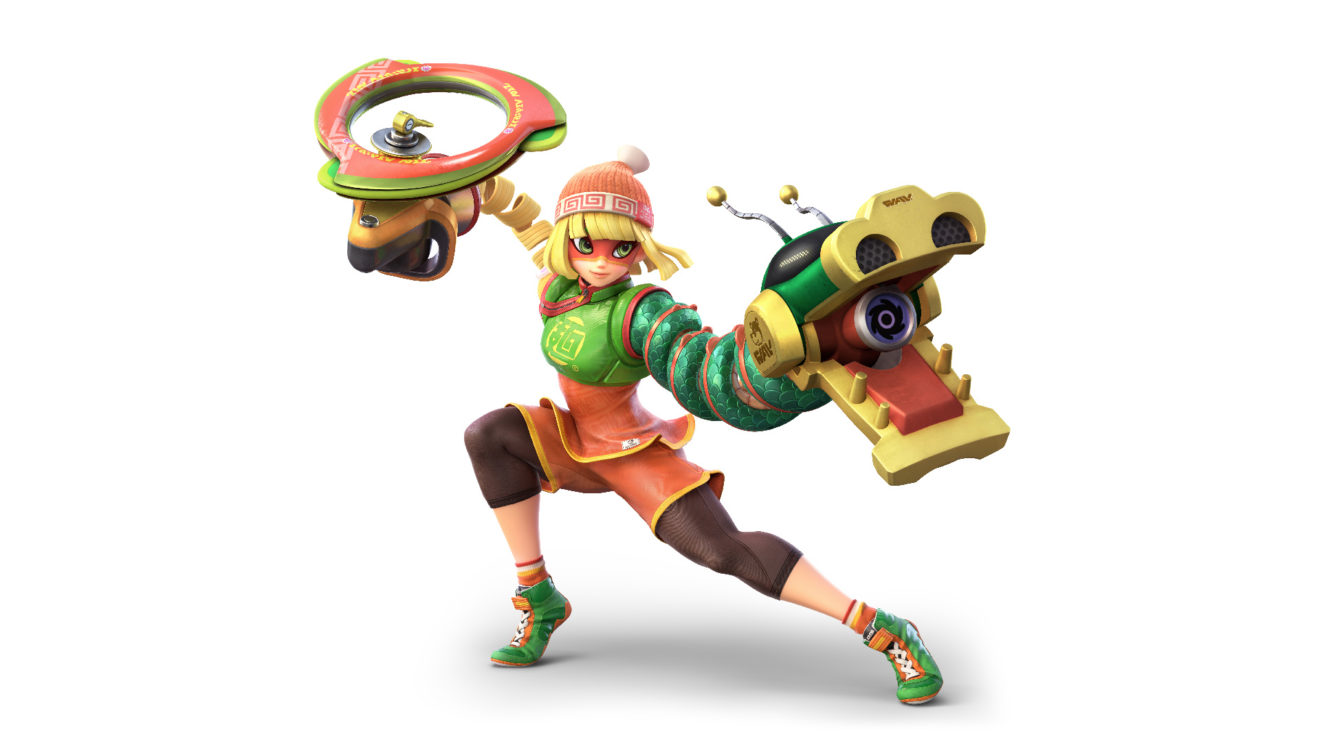 As promised, Super Smash Bros. Ultimate director Masahiro Sakurai has revealed the next character that will join the crossover brawler as DLC: the ramen bomber herself, Min Min.

Hailing from the 2017 Switch fighting game Arms, Min Min’s spring-like, extendable arms open up some interesting gameplay opportunities. Rather than having one set of attacks mapped to the A button and a separate set of specials on B, the two buttons will each control one of her arms, meaning she can send them out independently—and even punch in two directions at the same time. What’s more, she can steer the punches up or down slightly, making her an interesting combatant. According to Sakurai, she’s most effective at range and is particularly vulnerable to lighter fighters who spend a lot of time in the air, as they can easily dodge her arm attacks by leaping over them and attacking from above.

While Min Min’s left arm will always use the dragon attachment, you’ll be able to swap the right hand between three different attachments: A ring called the Ramram, which has a sweeping area of effect slightly above the punch and enables faster but weaker attacks; an electric orb known as the Megawatt, which allows for slower but more powerful attacks and can even be charged up; and a second Dragon, which can fire a laser out of its mouth to slightly extend the attack range.

Min Min’s Up+B move also works in two different ways depending on the context. When used on the ground, it’ll launch her upwards, but if you use it while airborne Min Min will shoot out one of her arms like a grappling hook, making it effective for recovering if you fall off the edge of a stage.

There’s a lot more nuance to Min Min’s fighting style than we can cover in detail here, so it’s probably best to see the full rundown and gameplay demo from Sakurai if you’re curious to see how it all comes together. (You’ll even get a brief tour of Sakurai’s home, since he recorded the video while isolating for the COVID-19 pandemic.)

Accompanying Min Min is a new stage, Spring Stadium, inspired by the location in Arms, which includes platforms that allow your character to jump higher and arches near the top that launched fighters will bounce off. Min Min’s DLC also adds 18 tracks from Arms to the soundtrack.

Last but not least, today’s broadcast also brought news that Persona 5‘s Joker and Dragon Quest’s hero, previous DLC fighters, will both get their own amiibo figurines this fall.

Min Min is the first of six new fighters that will come to Ultimate as part of the Fighters Pass Vol. 2, which you can purchase for $29.99. Individual challenger packs, with the character, stage, and music, can also be purchased individually for $5.99 each.