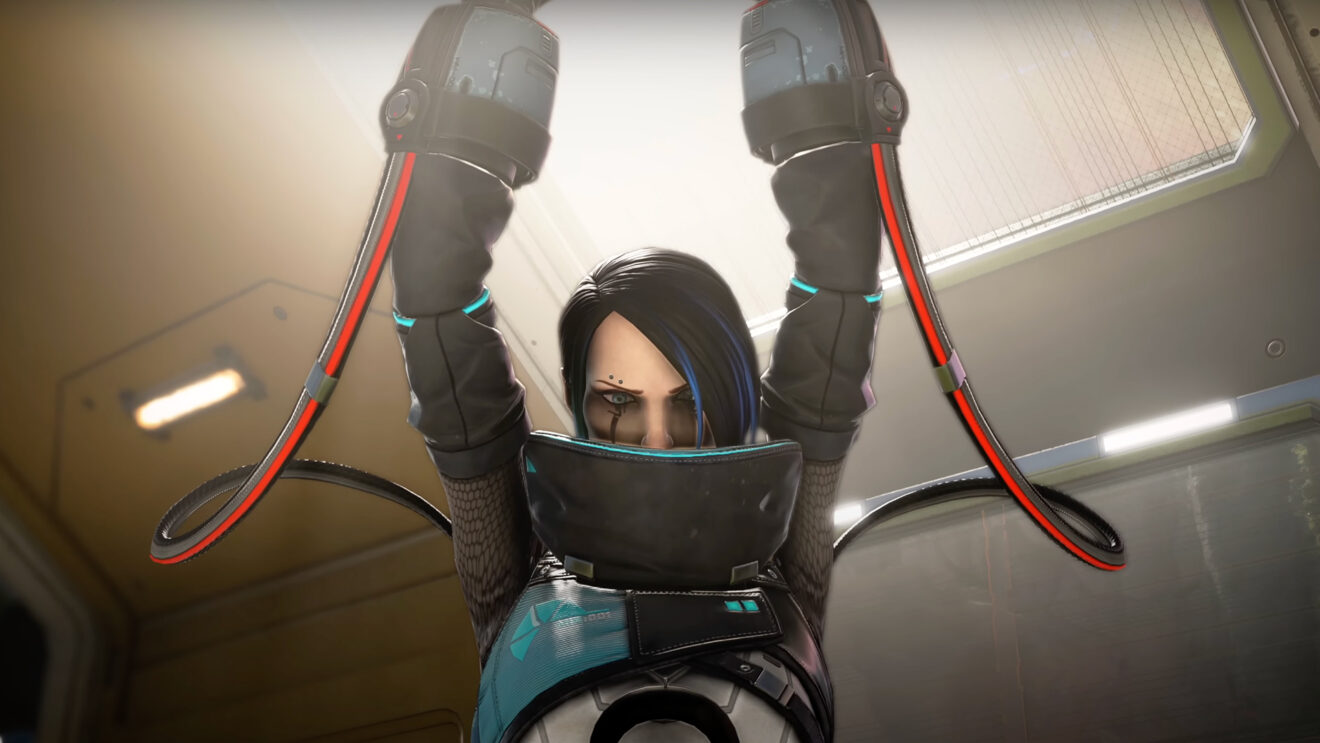 Though we did get a look at the “defensive conjurer” in action in a couple of previous trailers, we’ve reached the point in Apex‘s promo cycle when Respawn breaks down exactly how her ferrofluid-based abilities will work.

Her passive, Barricade, allows her to reinforce doors (or block off doorways if they’ve already been broken), opening up a bit of extra time for your team to heal or regroup in the middle of a fight. Her tactical, Piercing Spikes, uses ferrofluid to lay down a goo barricade on the ground, which will turn into spikes when enemies are nearby. From the looks of things, the spikes will deal persistent damage to anyone who walks over them. (Catalyst herself is immune to the spikes, whether they’re spawned by her or an enemy team.)

Finally, her Ultimate is Dark Veil, which allows her to summon a massive wall of ferrofluid that slows the movement and temporarily clouding the vision of any enemies who walk through it. While you can still shoot through the barrier, it’s totally opaque, so unless you have eyes on enemy locations thanks to, say, a Bloodhound scan, your only real options are to go through it and eat the debuff, find a way around, or wait it out.

Beyond the ability breakdowns, the trailer also shows off some of Catalyst’s emotes and finishers, with a particularly brutal looking takedown on a Fuse. He’s going to need a coffin and a shower.

You can check out the trailer for yourself below.

Catalyst arrives in Apex Legends alongside the rest of the new season, Eclipse, on November 1st. The game is free-to-play on Xbox Series X/S, PlayStation 5, Nintendo Switch, Xbox One, PlayStation 4, and PC.