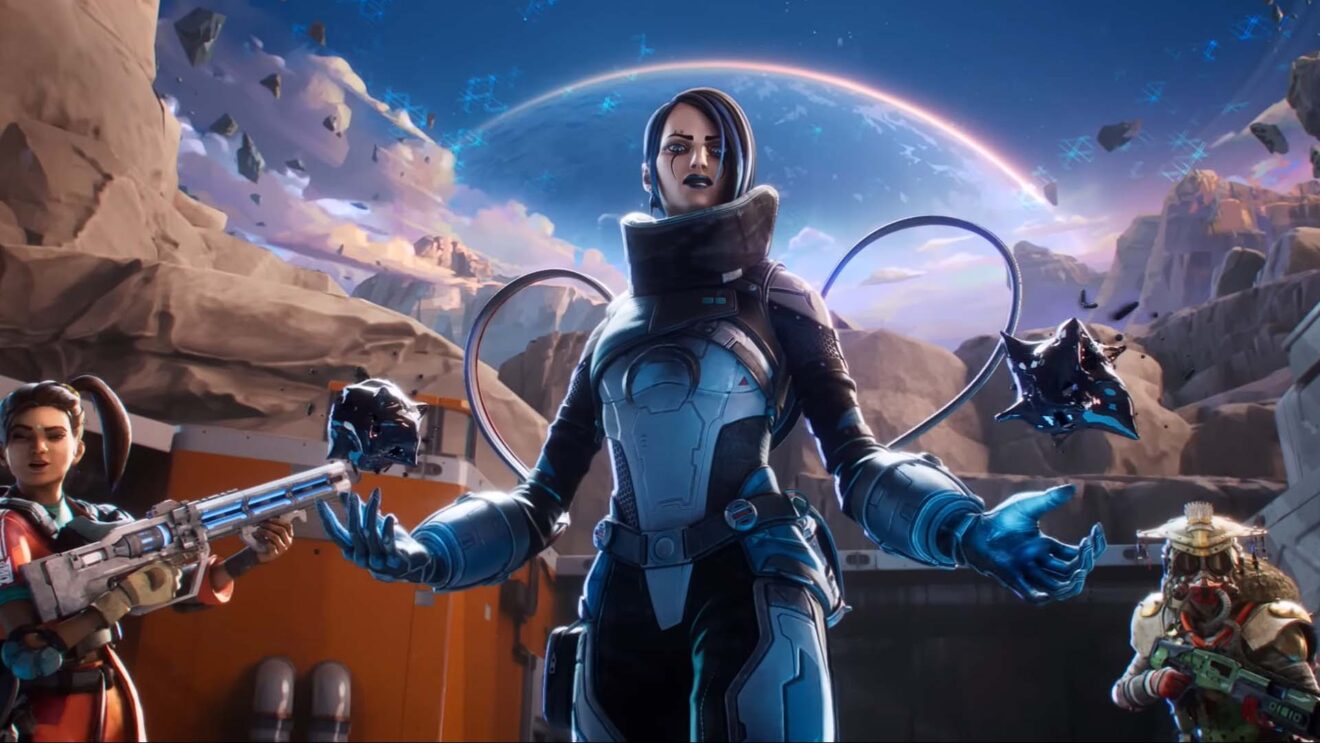 A launch trailer for Apex Legends‘ next season, Eclipse, has debuted, giving us a good idea of what abilities the new hero, Catalyst, will have at her disposal.

First, we see Catalyst use her ferrofluid to stop falling debris from crushing a couple of random civilians. It’s unclear if there will be NPCs on the new map, Cleo, or if Respawn just added them to the trailer for dramatic effect. However, what that does tell us is that Catalyst can use ferrofluid to stop things, most likely grenades and bullets.

Ferrofluid can also apparently stop enemy Legends in their tracks. Later in the trailer, we see Catalyst throw some ferrofluid onto the ground, where it snags an unsuspecting Fuse and Maggie in a snare-like trap. We can only assume that Catalyst can use ferrofluid as both a trap and a barrier for her Tactical ability, giving it some real utility. We also possibly get a hint at her passive, as the trailer clearly shows Catalyst standing in fire without taking damage. Maybe incendiary grenades won’t work on her.

Finally, we see her use her Ultimate, which is to create a wall of ferrofluid. Octane tries to run through it, and not only does it slow him down, but it also seems to temporarily obscure his vision. Caustic tries to shoot through it, but it appears to stop the bullets. Seer uses his ultimate ability and doesn’t find anyone through the ferrofluid, but it’s unclear if that’s because the opposing team had already flanked around to the other side. Either way, Catalyst’s ultimate seems pretty useful.

The trailer starts and ends with a beautiful view of Cleo, the game’s new map. From what we can tell, Cleo will feature a lot of canyons and industrialized hotspots. We’re curious to see how the map will flow, as it looks like players will have to be even more aware of their surroundings and where the circle is going to go next.