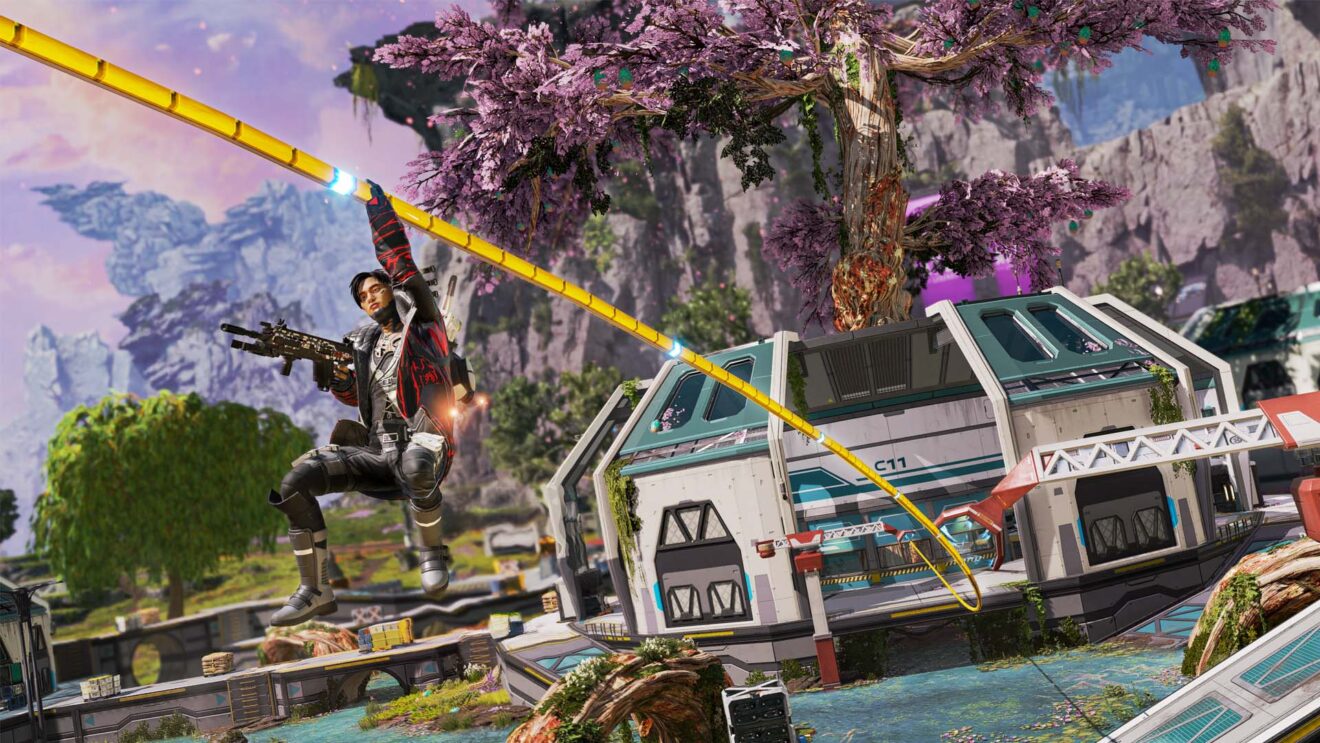 A new gameplay trailer for Apex Legends‘ upcoming season, Eclipse, gives us our first real look at the new hero, Catalyst, on the new map.

Catalyst’s ferrofluid abilities look to stop enemies in their tracks, making her a solid choice for players who like to play a little more defensively. Her tactical ability, Piercing Spikes, leaves a trap on the ground that appears to both damage and slow down enemies. Since you’ll probably want to use it in more confined spaces, her passive ability, Barricade, is the perfect complement: Catalyst can add a little extra padding to doors with her ferrofluid, meaning enemies have to do even more damage to them to open them.

Finally, there’s Catalyst’s ultimate, Dark Veil, which puts up a giant wall of ferrofluid. Not only does this obfuscate the enemies’ view on the other side of the Veil, but if they walk through it, they will get stunned and have obscured vision. While most players won’t be dumb enough to try to push through it, it definitely seems like a good zoning ult and could prove very annoying in a shrinking final circle.

The other star of season 15 is actually a moon—Broken Moon, to be exact. That’s the name of the new map, set on Boreas’ destroyed moon, Cleo. Broken Moon is about the same size as World’s Edge, with a ton of industrialized POIs that suit the theme of a terraformed chunk of a splintered moon. The most significant gameplay addition that Broken Moon introduces, however, are the Zip Rails, which function like traditional ziplines but move much, much faster. Zip Rails will probably have a significant impact on how teams rotate and how many POIs you can visit in a single match, not to mention change the way squads play the ring.

We also get a look at the new cybernetic-themed battle pass that’s coming with Eclipse. In addition to new cosmetics, season 15 will also let players gift other players with cosmetics purchased in the store.