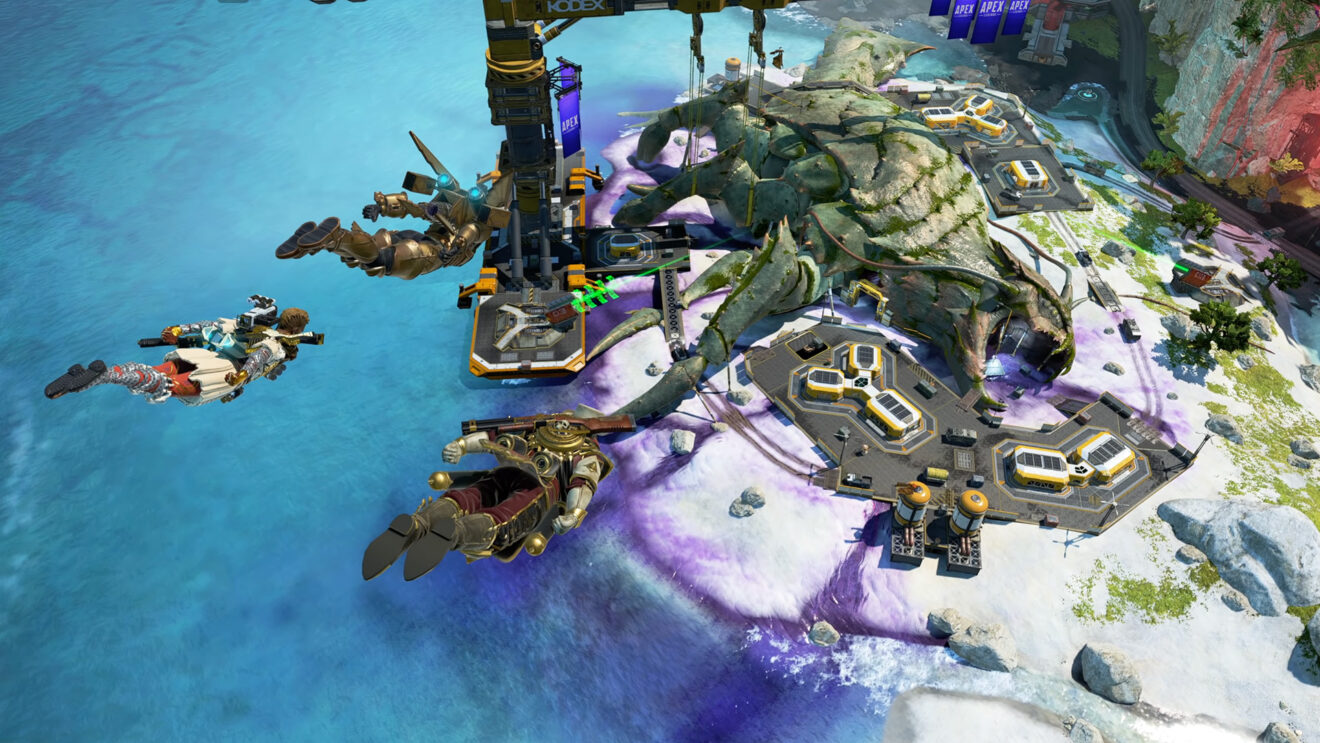 Respawn Entertainment and EA have released the gameplay trailer for Apex Legends‘ next season, showcasing a bit of everything the update will bring to the game.

The two biggest additions, of course, are new hero Newcastle (who we just learned a bit more about last week), and the updated Storm Point map.

On the map front, players will now be able to explore and enter the massive crab monster that Newcastle killed during the launch trailer. Yep, there’s a big dead kaiju now, and you can fight (and loot) inside its massive carcass. Grody!

While this dead kaiju might be the biggest addition to the map in physical terms, there’s another update that sounds like it may have an even bigger impact on gameplay: IMC Armories. These locations will serve as mini PvE dungeons within the map, allowing squads to venture inside and duke it out against AI-controlled IMC bots in the hope of nabbing good loot.

Practically speaking, it sounds like a less claustrophobic version of Bloodhound’s Trials on World’s Edge, but there are a few key differences, as Polygon learned in a recent interview. Armories lock out other players when you enter, so won’t have to worry about third parties while you’re battling bots. Most importantly, however, the loot you earn is specifically tailored to your current loadout, guaranteeing that you’ll find something valuable to your team.

Other than that, the trailer shows off a few of the new items you’ll be able to unlock in the Battle Pass, touts a revamped Ranked mode, and offers our first in-gameplay looks at Newcastle’s three abilities. Check it out for yourself below.