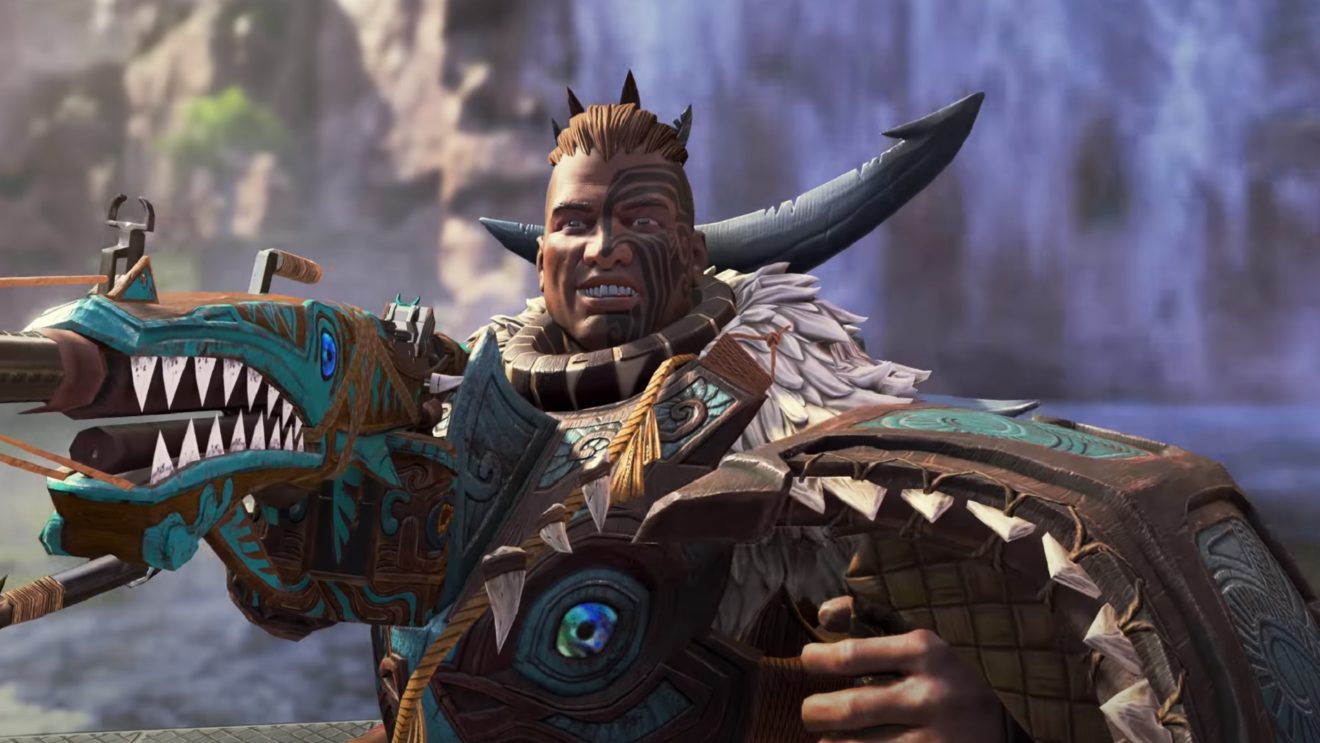 The banner addition, of course, is the new legend Newcastle, aka Bangalore’s long-lost brother, aka guy who’s way too into shields. (In case you missed it, a trailer last week gave us a rundown of his abilities.)

As for old legends, Valkyrie is getting a slight nerf to her ultimate ability. She’ll no longer be able to “freely spin while launching” up into the sky, which should decrease how effective it is as a cheesy getaway in the final circle. Rampart, on the other hand is getting some buffs. Her ultimate minigun, Sheila, will spin up half a second faster, and her tactical, Amped Cover, will deploy shield walls almost faster and with more health while they’re being built.

In another big change, legends with the Fortified trait—at this point, just the big boys Gibraltar and Caustic—will no longer have the damage reduction applied to headshots. Helmets, however, will now reduce headshot damage a bit more, with blue helmets bumped up to 50% reduction and purples up to 65%. So your headshots will be more effective against Gibby and Caustic, but they’ll be less effected against anyone with mid-tier loot.

On the weapons front, the Flatline and Longbow are now back spawning as floor loot, while the Rampage and the R-301 are going into the crafting rotation. Similarly, the Mastiff shotgun is going into Supply Crates, and the Spitfire is coming back out. Accompanying that swap are a host of Spitfire nerfs: less damage, greater spread, smaller magazines, reduced headshot damage and distance, longer reload times, and slower handling. The Devotion has also taken some nerfs in all those categories except for spread, so it’s a rough day for LMG mains.

One change that should be interesting is the spawn rate for low-tier healing items, syringes and cells. Respawn says they’ll now appear about 18% less often, which could have a big impact on the flow of the game.

Last but not least, maps: The Saviors update brings changes to the Storm Point map, with the Downed Beast (dead kaiju) point of interest and new IMC Armories that introduce a new PvE element to the map. World’s Edge also gets a few minor tweaks at Lava Siphon and reduced armor spawns on the Gondolas at Climatizer and Lava Siphon. The map rotation is shifting to Storm Point, Olympus, and World’s Edge, and Respawn is doing away with the two-hour rotation timer, so it’ll also be an hour or 90 minutes before the swap.

You can view the full patch notes on the game’s official site.