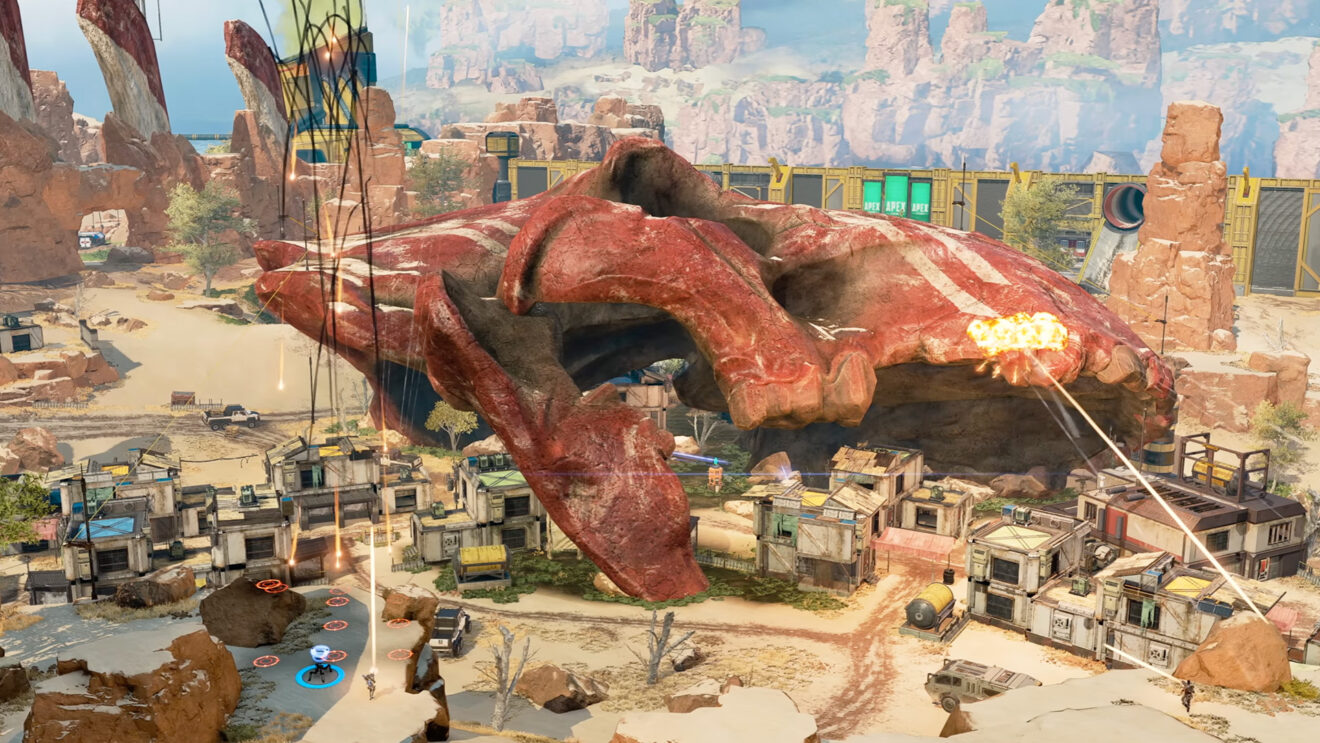 In addition to seeing new legend Vantage’s abilities in action during actual matches—her info-filled sniper scope, bat buddy, and rocket-boosted double jump—we also get our best look yet at the redesigned Kings Canyon map, as well at a glimpse of some of the cosmetics coming in this season’s battle pass.

The trailer isn’t our only source of new info, either. Since we last wrote on the game, Respawn has shared quite a bit more with the press on the changes coming to the game—and some of the tweaks are huge.

How huge? No more self-revive on gold knockdown shields—which means no more self-revive period—at least for now. Gold shields will now get Guardian Angel, while gold backpacks will get a new perk called Deep Pockets that allow you to stack more healing items. The EVA-8 is getting a decent buff, with a higher fire rate and the ability to equip stocks and double tap triggers. The Wingman is now classed as a sniper ammo weapon (for some reason), and the Spitfire is now a light ammo weapon. Pistols and SMGs can now equip laser sights as a new barrel attachment, with customizable laser color.

As for the Kings Canyon overhaul, the new version of Skull Town we spotted previously is actually a new POI called Relic, which is designed to evoke memories of the original while being different enough to not become as big of a distraction. The Cage is lower, with less cover, and Broken Relay is now called Basin, with a slew of new buildings changing up the flow. (There’s even more detail on changes, along with before-and-after shots, in a new blog post.)

Finally, we know a bit more about how the level cap boost will work. Rather than adding onto the existing cap of 500, you’ll now be able to prestige and cycle through three more times—effectively raising the cap to 2,000. (You can see the first prestige in action in today’s trailer.

If you’d like an unofficial compilation of all the known changes into a patch notes format, Dexerto has put together a solid one. But there are sure to be additional surprises once we have the full set.