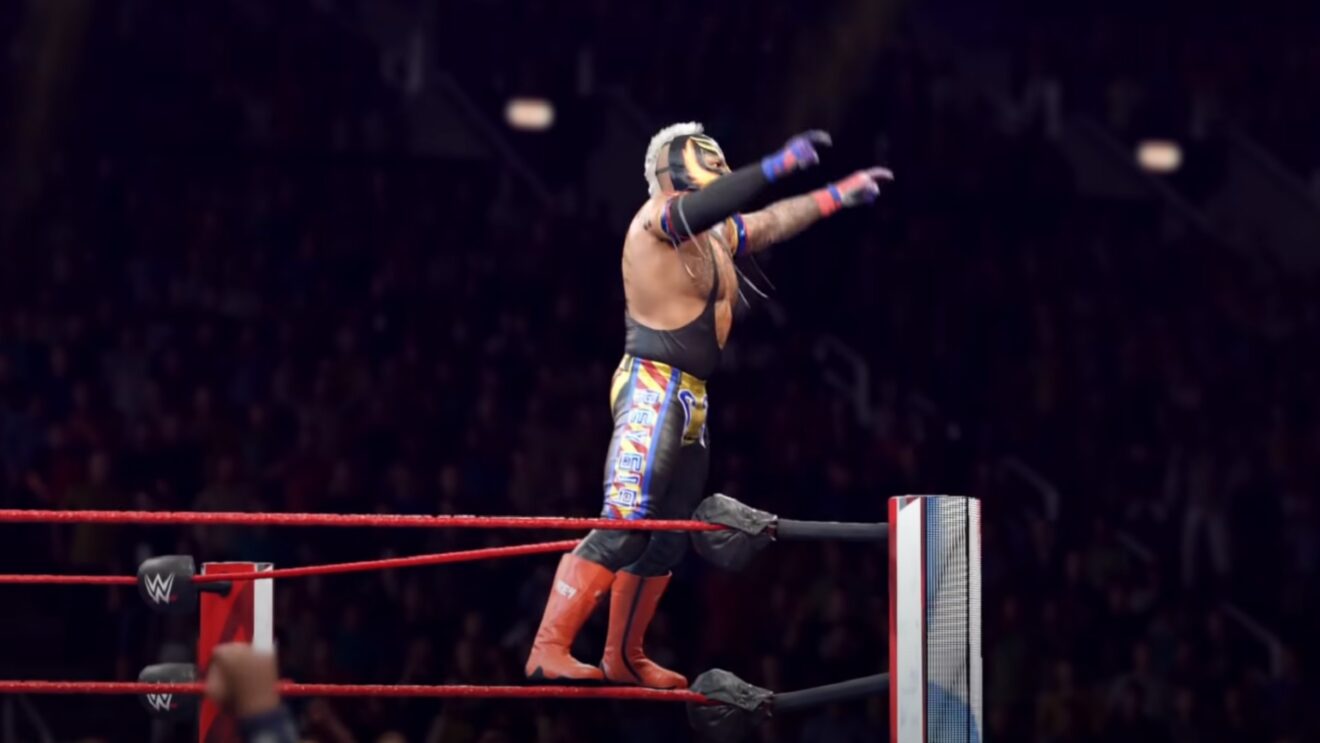 The debut trailer focuses on WWE Superstar Rey Mysterio and shows him stepping into the ring with Cesaro. In the short teaser below we see some gameplay footage of Mysterio hitting Cesaro with the 619:

2K notes that WWE 2K22 is scheduled to release “soon,” but no platforms were announced.