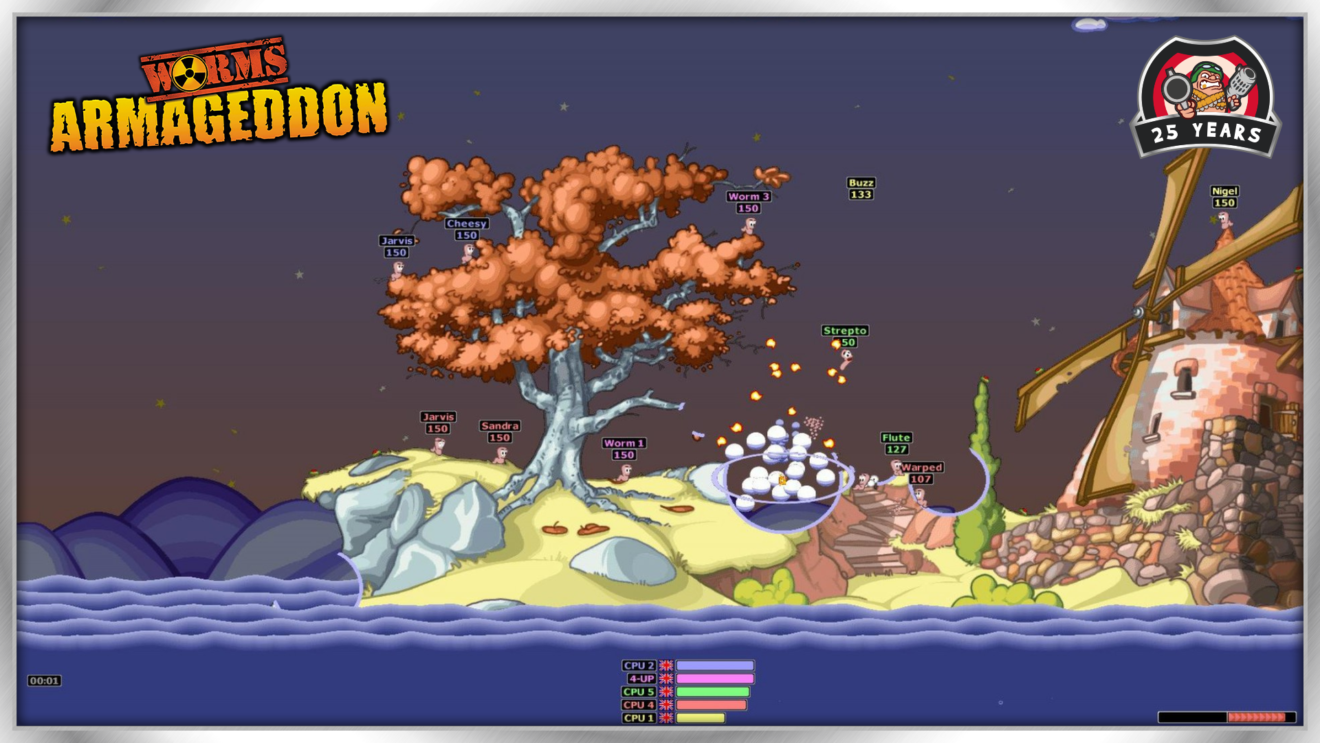 21 years after it launched, a new update has been released for Worms Armageddon by Team17.

This fan-made update introduces CPU teams to online games and a new Mapshot feature, which lets players save a snapshot of a current map to use for a new game. There’s also increased compatibility for Windows 10, a Windowed Mode option, and 70 new scheme options that let players mess with the physics, fire more than one weapon a turn, and more. Get all the details here.

“I’m thankful to have been able to play some part in the Worms story over the past twenty years. Worms: Armageddon was among the first games I worked on; it’s incredible that members of the community are still delivering updates for it, and is a sure sign of its quality and the love that fans have for it,” creative director Kevin Carthew said. “We’re currently writing the next chapter of the Worms story with Worms Rumble, and its beta test is currently underway. Tens of thousands of players have signed up to experience a fresh take on the series, and we’re receiving invaluable feedback that will help us deliver a great game.”

In other news, Team17 recently announced the next entry in the Worms series. Worms Rumble is in development for PlayStation 5, PlayStation 4, and PC, and switches traditional turn-based combat with real-time combat. The game is due to release later this year.