Not the greatest generation.

Wolfenstein: Youngblood is like a playable checklist crafted with black magic in the deepest, darkest boardroom. It’s 2019, and common knowledge (i.e., what publishers and executives tell us is true) dictates that every game has to be a replayable live service. That seems to be the only reasonable explanation for why a series that’s best known for its wild, inventive stories and mostly straightforward game design has turned into yet another Destiny and/or Payday clone with semi-open maps, XP grinding, and a completely underwhelming narrative.

Youngblood starts off as a standard Wolfenstein experience, with a beautifully animated and finely written opening that introduces you to the playable characters, venerable hero B.J. Blazkowicz’s twin daughters, Jessica and Sophia. Jumping between goofy hickishness, youthful exuberance, and sociopathic bloodlust, the two teens present a (mostly) stark contrast to their father as the game’s protagonists. Where B.J. is driven by loss, vengeance, and grief, Jess and Soph have grown up in a vastly different America—one that their father helped create—free of Nazis. There are definitely parallels to be drawn between the World War II generation and those of us who’ve grown up during the past few decades. Most of us haven’t experienced war, but we still live with the threat of violence around every corner. It’s the same with B.J., who was thrust into this fight, and Jess and Soph, who’ve grown up in peacetime but still know that the Nazis are out there, plotting. In many ways, Jess and Soph are some of the most relatable characters the series has ever presented.

In other ways, they’re completely unbelievable, thanks to a character arc that doesn’t fully explore the transition from good ol’ girls to cold-blooded, Nazi-killing machines. When Youngblood starts, life is just fine on the farm. Their mother, Anya, is teaching Jess the fine art of hand-to-hand combat, while B.J. takes Soph out on a daughter-father hunting trip. But when B.J. disappears somewhere in France, the girls and their friend Abby Walker (Grace’s daughter) travel to a land thick with Nazi occupation to find their dad and bring him home.

It’s not that the story doesn’t set up the precedent that Jess and Soph are raised from birth to become Nazi destroyers. B.J. and Anya clearly aren’t ready to give their kids a normal life, knowing that the Nazis are still spreading fascism across the planet. Jess and Soph have been training their whole lives for the mission that Youngblood’s story takes them on. But where B.J. fails, repeatedly, in both New Order and New Colossus and finds a way to overcome even the most extreme of obstacles—such as, you know, getting his head chopped off—Jess and Soph never really experience those kinds of difficulties.

The first time they kill a Nazi is one of the most darkly funny moments I’ve ever seen in a game, and it’s meant as an awakening, with Jess and Soph simultaneously puking and cheering having lost their murder virginity. But, immediately following that, the sisters are thrown into the fracass and have no trouble mowing down dozens upon dozens of enemies without blinking an eye. The problem is that the fun just doesn’t stop for Jess and Soph. Sure, it might slow down with a highly predictable twist as the game’s brief main story rounds its final corner, but the girls experience nothing that even remotely resembles failure their entire time in France.

This probably has something to do with the fact that there’s just no time in the tale that MachineGames and Arkane Studios cobbled together from scraps of forgettable missions to truly give Jess and Soph the hero’s journey they deserve. The main story consists of a couple of linear missions, followed by three “raids” on Nazi strongholds, and a final boss fight. It makes the first Destiny’s story look like War & Peace by comparison. Other than that, you’ll be playing a bunch of rudimentary side quests that mostly forgettable supporting characters dole out.

These side missions make up the bulk of the content available in Youngblood, and that’s because you’ll be playing them a bunch to level up your preferred sister. The obligatory introduction of RPG elements into what was at one point a straightforward shooter might seem like an inevitable evolution to the series, considering where the industry’s head is at, but it’s not the reason that many players see Wolfenstein as a beacon of hope for the genre. The previous two (or three, if we’re counting Old Blood) entries have given players like myself—who favor straightforward, finite experiences over life-consuming grindfests—a respite from what most shooters nowadays are cramming down our throats. Maybe I was predestined to not feel the same connection with Youngblood that I felt with the other MachineGames Wolfenstein titles, but its latest doesn’t even make grinding or exploring interesting.

The cooperative multiplayer design doesn’t necessarily marry itself to Youngblood’s “live service” approach so much as it forms a codependent relationship with it. The whole point of grinding missions and leveling up is to not only allow yourself to take on harder missions (which, in the olden days, were distinctly paced as just the later levels when you had more weapons), but it’s also to earn in-game silver coins that will let you purchase cooler looking costumes for the twins. Of course, you can’t really see what your character looks like except for when you pause the game, but your friend sure can, and boy will they be jealous. Or not. Throughout the entire game, Jess and Soph are decked out in the cybersuits that their papa wore throughout most of New Colossus, but they don’t look particularly cool. The robotic toes that jut out of the ends of their mechanical footies have yet to not disgust me, and the overall design, rather than giving the girls personality, actually detracts from any meaningful customization that you can apply to them. Sure, you can paint their metal bodies in different colors, but for two characters with gigantic personalities, that seems unintentionally limiting.

When co-op works, it really works. Gunning down Nazis alongside a friend is a blast, but that’s mostly because the gunplay is unchanged from the previous game—other than the major disappointment that you can no longer dual-wield any two weapons. It’s fun as heck, as Wolfenstein games generally are, and it’s even more fun with a friend. Being able to buff each other in the middle of a gunfight by flashing the other player metal horns and reviving your teammate as the bullets whiz by makes what could be frustrating encounters a whirlwind of kinetic violence. But if you’re not playing with a friend, you still have to play with the other sister, and that means you have to rely on some uninspired AI. Mostly, the AI functions as a brief distraction for the enemies and as a mobile reviving machine, but it can also make some pretty dumb and costly mistakes that could mean the end of a good run.

This wouldn’t be so frustrating if Youngblood had any notion of checkpoints, but dying in the middle of one of the game’s three “raid” missions means you have to start the entire mission over again—even if you’ve made it to the boss fight. After a while, I found myself running through the levels—which I was surprised I could do, given the ease with which I did it—just to get back to the boss fight, completely nullifying any tension that might have led up to it. The boss fights themselves, too, are probably the worst in the series, which has never been known for its compelling climactic battles. You can either find a dumb, cheesy way to beat the boss (like perching on a bookshelf and simply ducking back and forth behind a column, like I did), or you can get utterly destroyed, at least if you’re playing with the AI partner. Hopefully, your real-life partners will be a little bit smarter than the AI, who tends to simply run up to the boss and die, even as you’re retreating.

Co-op in any previous Wolfenstein game would have been fun as hell, so it’s a little disappointing that this is how MachineGames decided to debut it. And if Wolfenstein needed to be an infinitely replayable thing, there are plenty of ways to do that. In ye olden days, developers would simply tack on a competitive multiplayer mode to a game that wasn’t necessarily designed for it, but that’s no longer our reality. Instead, we’re grinding and microtransacting. It would be easier to shrug away this dark turn for most other series, but it seems almost sacrilegious for a series like Wolfenstein, which once stood as a proud beacon of the straightforward, linear shooter. It’s still kind of fun, but at what cost? 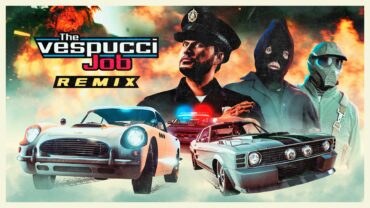 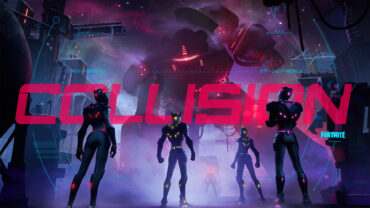 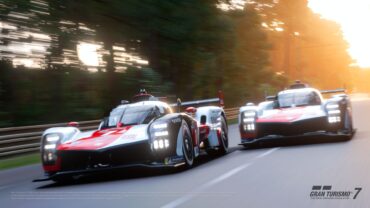