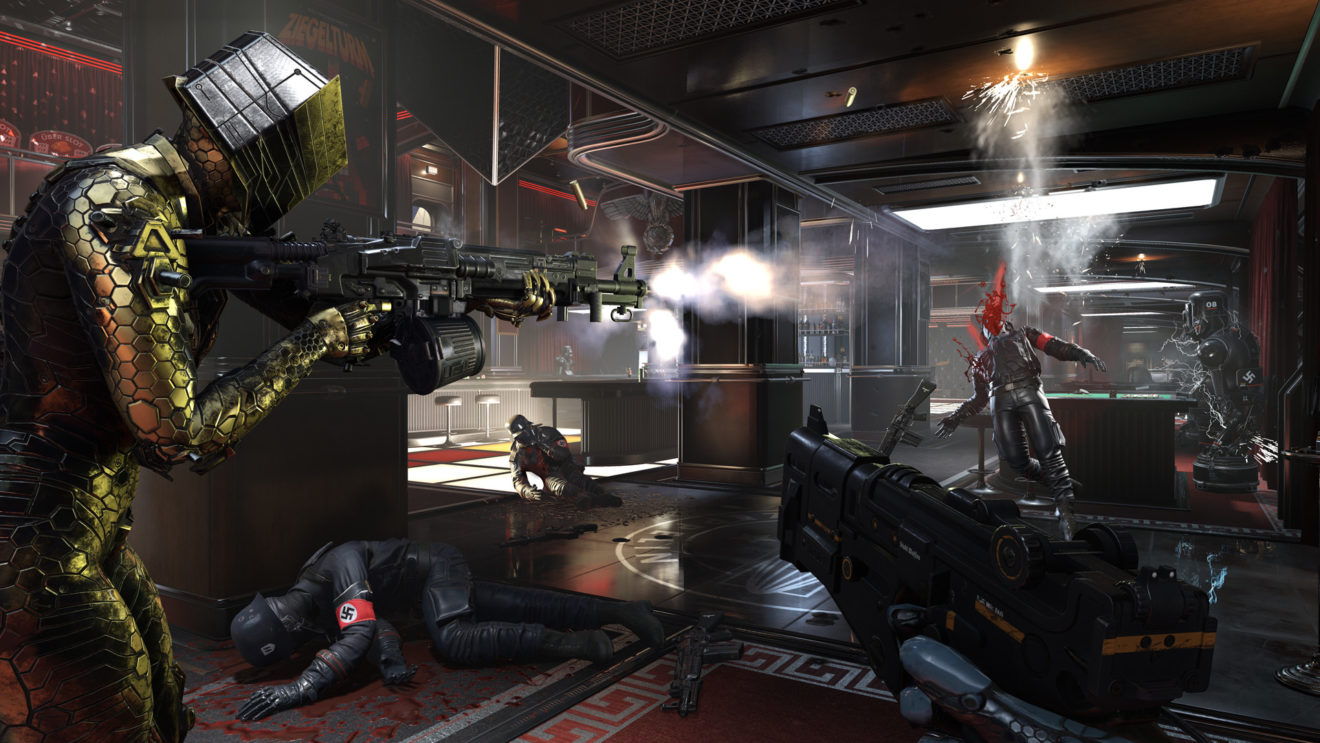 Bethesda has shared the official launch trailer for Wolfenstein: Youngbloodahead of the game’s release later this week.

The upcoming entry is set 19 years after the events of Wolfenstein II and sees BJ Blazkowicz’s twin daughters, Jess and Soph Blazkowicz, heading out on a mission to locate their father after his goes missing in Nazi-occupied Paris.

Players who preorder the Deluxe Edition of the game will get the Buddy Pass, which lets them invite a friend who doesn’t own the game to play with them. Deluxe Edition owners also get the Cyborg Skin Pack, which includes a titanium alloy skin for the twins’ Power Suits, guns, combat knives, and hatchets.

Wolfenstein: Youngblood launches July 25th on PC, with PlayStation 4, Xbox One, and Nintendo Switch releases to follow one day later on July 26th.