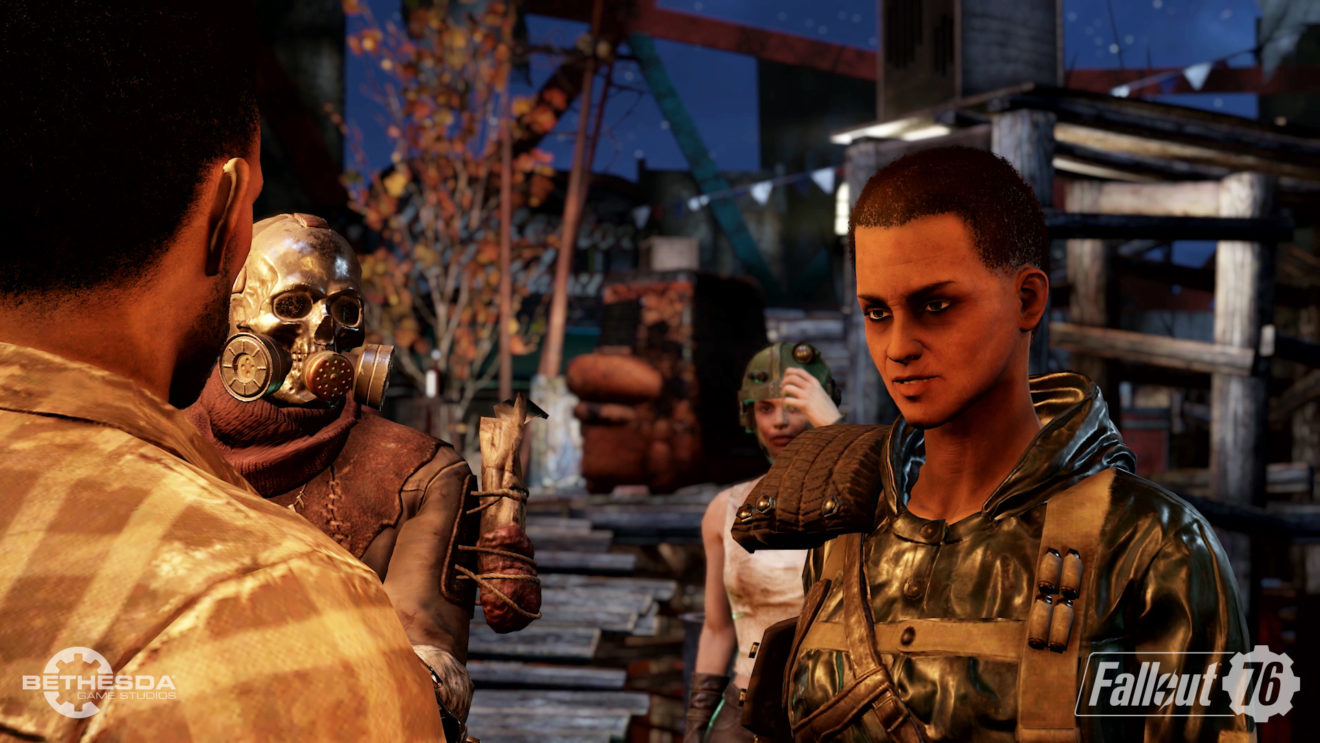 Bethesda has shared a new trailer for its upcoming free Wastelanders expansion for Fallout 76.

In the trailer below, we get to see the numerous people who have returned to West Virginia in search of a new home and the treasure that is rumored to be buried there. There’s also a look at the enemies, locations, and weapons that will appear in the expansion.

The upcoming expansion includes the introduction of human NPCs, a reputation system, new creatures, and dialog trees. Wastelanders also features a number of optimizations, such as interface improvements and a new way to track quests.

Wastelanders will be available free for all owners of Fallout 76 on Xbox One, PlayStation 4, and PC from April 14th. Fallout 76 and the Wastelanders expansion are also be coming to Steam on the same day.