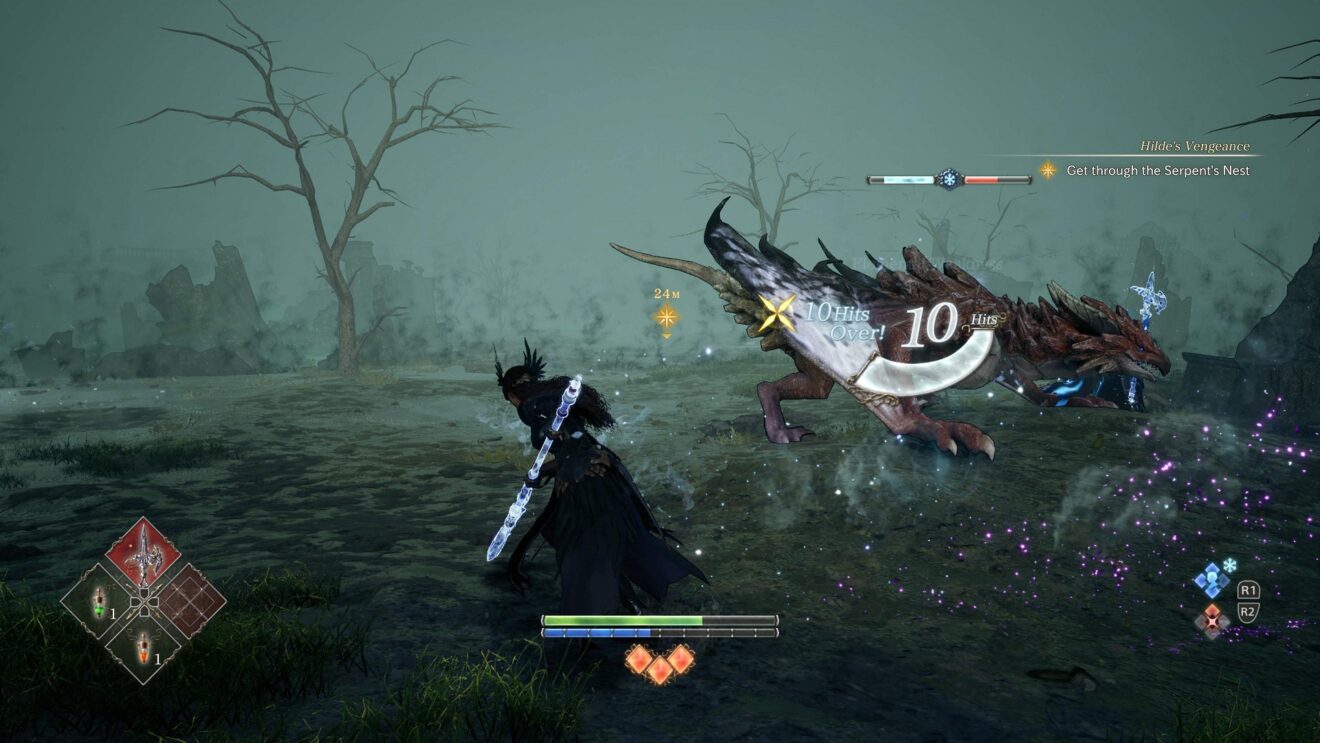 Square Enix has delivered a new update for Valkyrie Elysium that introduces some new content.

Following the update, players can access a new mode from the main menu titled Hilde’s Vengeance. Players take control of Hilde, who appears in the main campaign, on a mission to exact revenge on the All-Father Odin.

“Playing as Hilde has a different feel to the main campaign. She’s a very different kind of Valkyrie, with hard-hitting attacks, her signature halberd and a unique skill tree,” Square Enix adds. “She doesn’t have any Einherjar to bring into battle, but she does have four Shadow Servants, which can aid her in fights, as well as a wide selection of Divine Arts to equip.”

Joining Hilde’s Vengeance is The Seraphic Gate, new end-game content that lets players test their skills against waves of enemies and the clock. Progress through floors using “a fixed selection of skills, Einherjars, Divine Arts, and items,” with the loadout changing from floor to floor.

Completing this update are the Very Hard and Valkyrie difficulty options, which will really test players.

The update is available now on PlayStation 5 and PlayStation 4, and will be included in the PC version when it launches on November 11th.