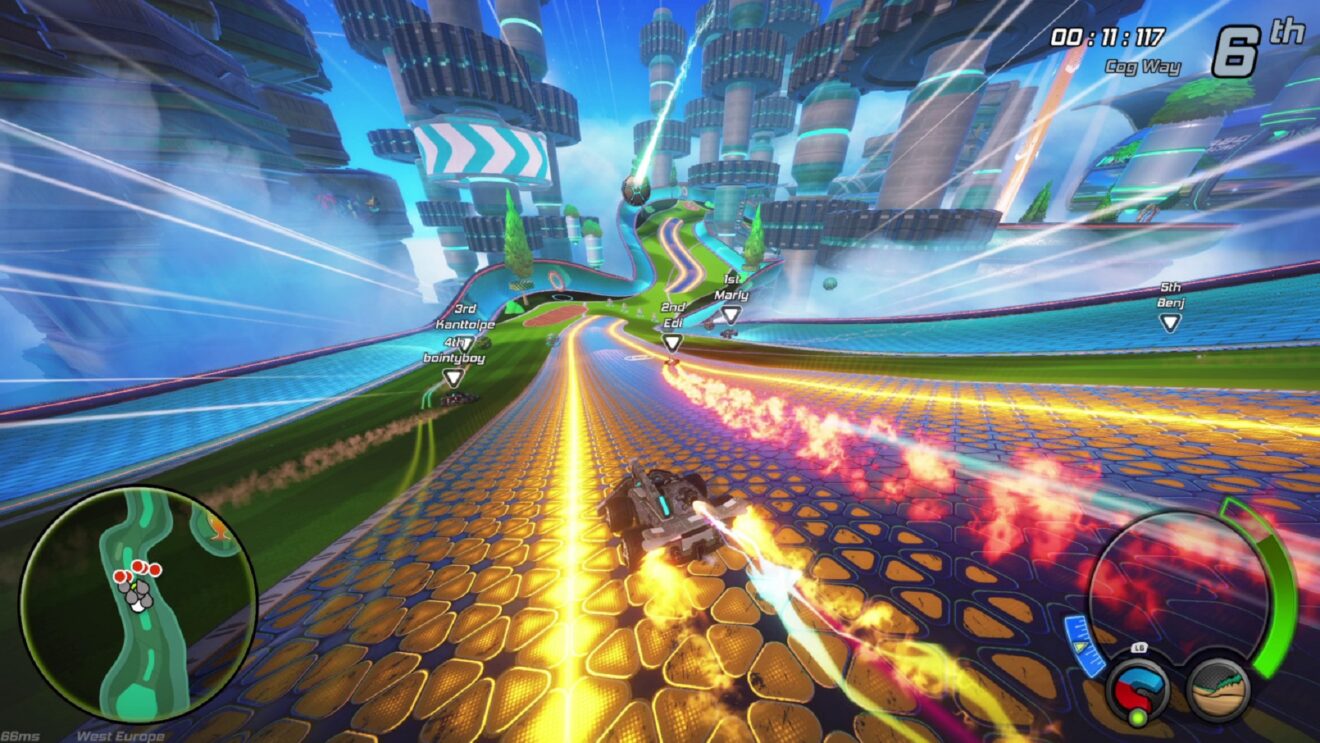 To start with, players now have access to the new levels Rocket Ramp, The Snake, Bunker Balls, Dual Route Dash, Neon Raceway, and A Walk in the Woods. All of these levels are automatically unlocked for online play and can be accessed in Solo mode by earning stars.

Two new Power Cores are also available now: Rough Rider and Stomp. The former ignores the effect of long grass and is unlocked by driving through the rough online for 300 seconds. While the latter stomps the car into the ground and sends the ball flying. Unlock this by gliding for 300 seconds online.

There are also new cosmetics, additional emojis, and the Whippy the Ice Cream Truck car.

Finally, the developer shared its future plans for the game, which include a new biome, Season 2, global leaderboards, an improved quest system, achievements, and more.