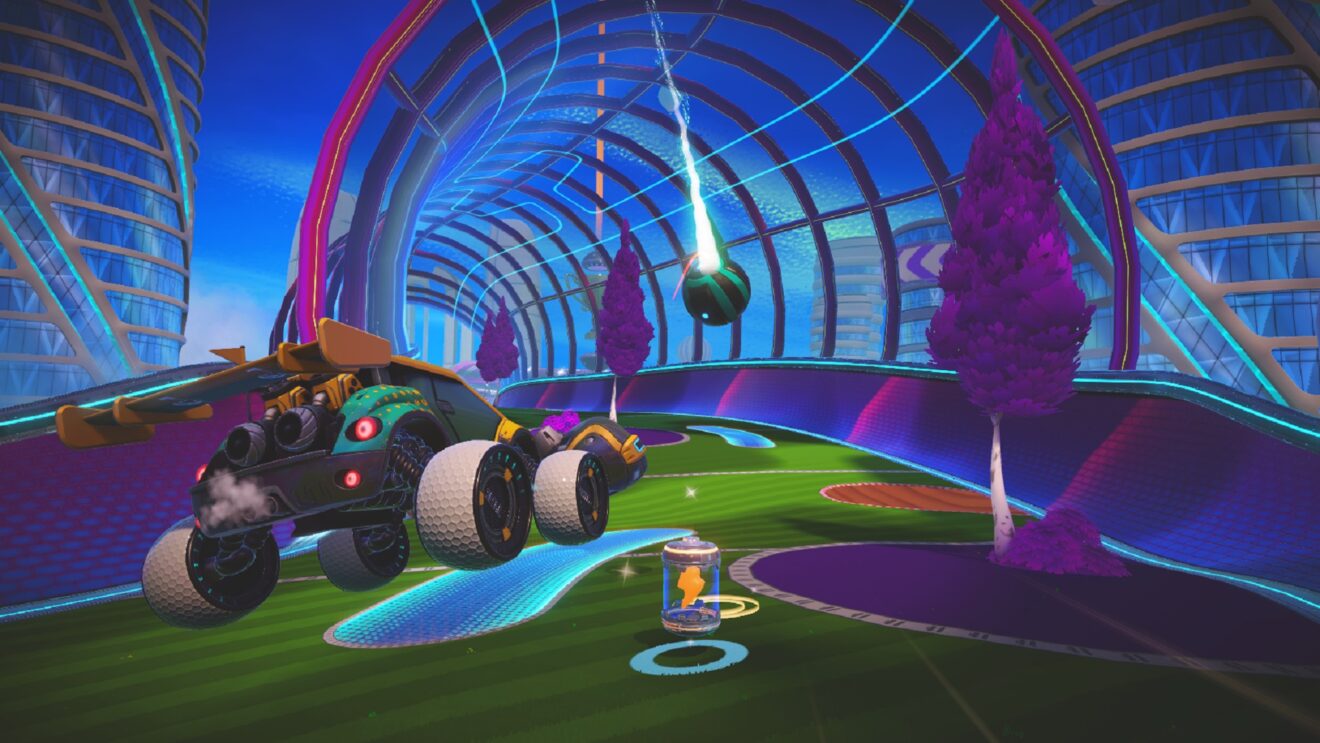 Publisher Secret Mode and developer Hugecalf Studios have announced that Turbo Golf Racing will be entering early access on Xbox and PC on August 4th.

Described as “an arcade-style sports racing game,” Turbo Golf Racing sees up to eight players driving, boosting, flipping, and flying a turbo-powered car into giant golf balls. Players can customize their cars, equip Power Cores to give them an edge, and use missiles to slow down the competition.

Before early access begins, a second beta is running until June 20th on Xbox and PC. During this beta, players have access to 12 courses, online multiplayer, single-player time trials, 15 levels of progression, and multiple improvements from the first beta. Progress through levels in the beta to unlock three items in the final game.