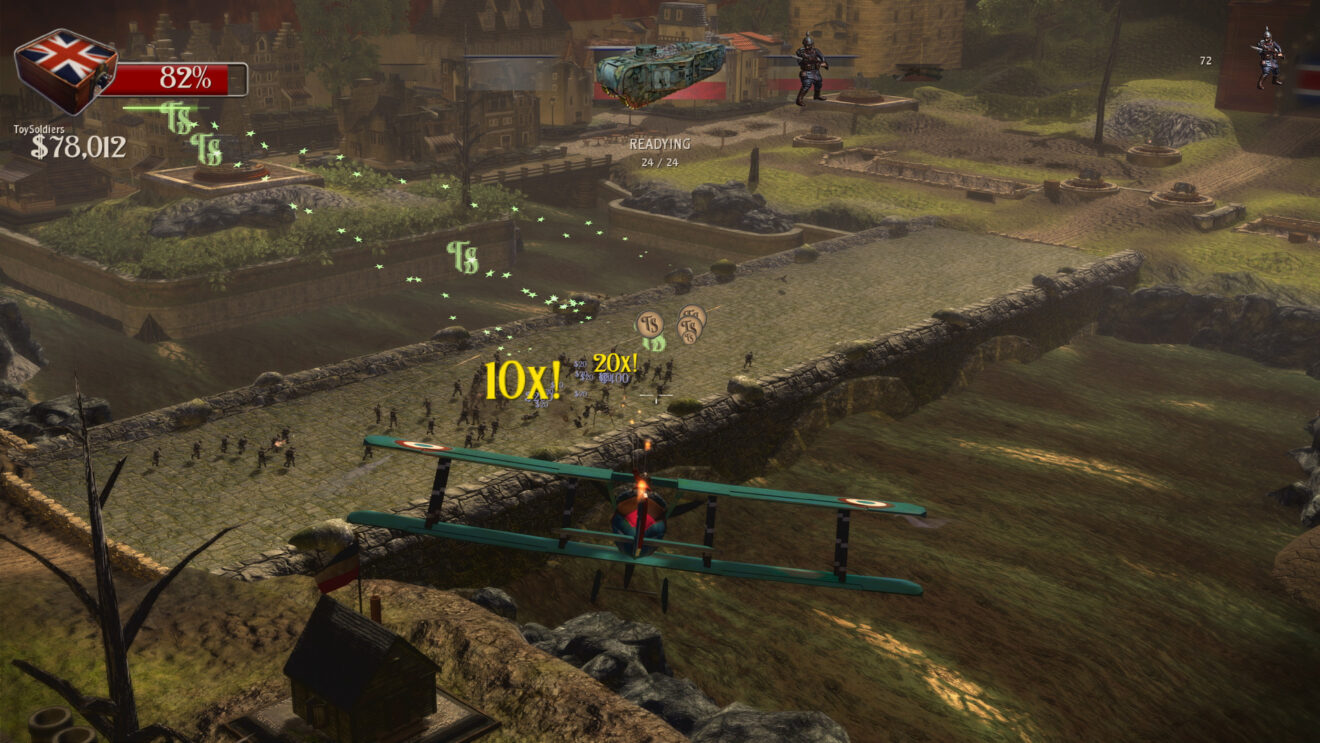 The upgraded version of Toy Soldiers is coming to PC and consoles on September 9th, developer Signal Studios has announced.

The tower defense game puts players in charge of an army made up of more than 50 units of miniature World War 1 toys. Players can choose to either watch the action from a top-down perspective or take control of a single unit in first-person.