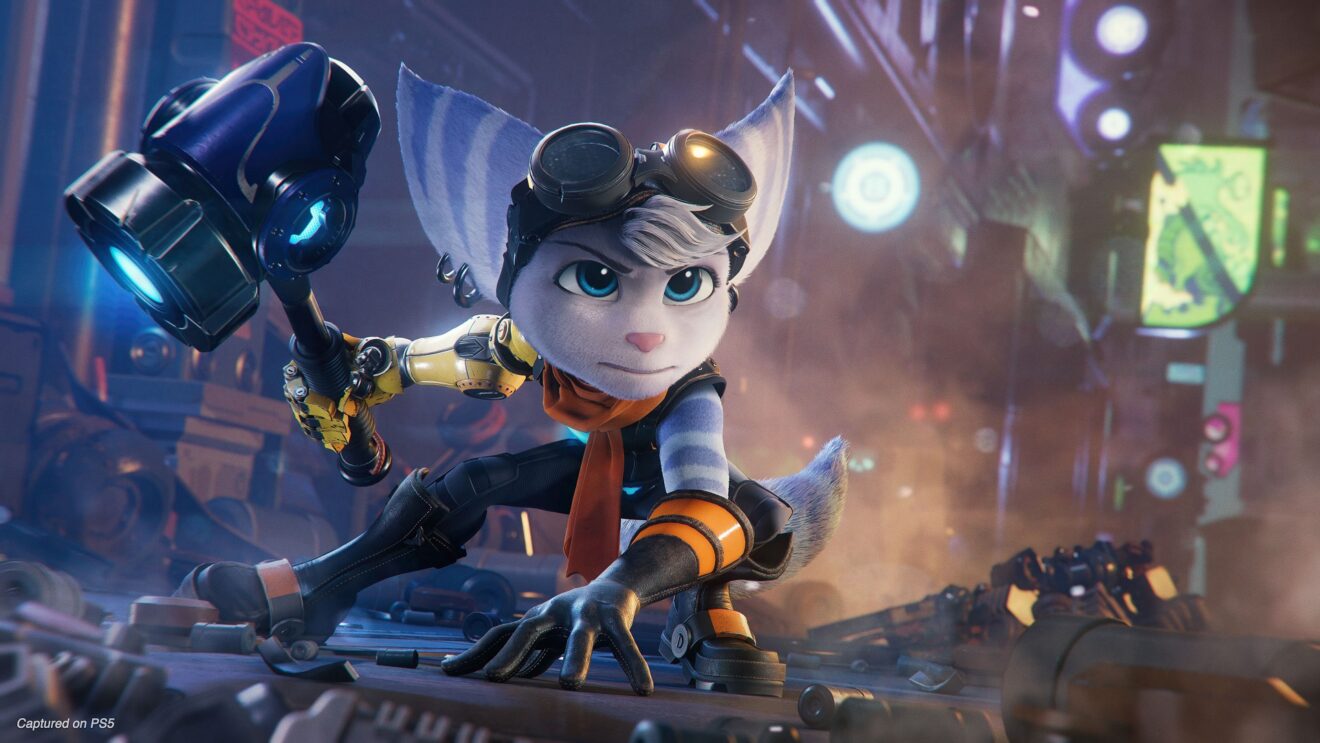 The mysterious new Lombax in Ratchet & Clank: Rift Apart finally has a name

Insomniac Games has released a new trailer for Ratchet & Clank: Rift Apart, and it finally answers the upcoming PlayStation 5 game’s biggest mystery: What is the name of that gray Lombax that Clank meets when he jumps through a dimensional rift?

It turns out that her name is appropriately mechanical: Rivet.

But who is she, and how does she fit into Rift Apart‘s story? According to a blog post accompanying the trailer, Rivet is “a Lombax resistance fighter from another dimension, where the evil Emperor Nefarious hunts all those who oppose him.” It seems that Nefarious has figured out interdimensional travel and is using that to stake claims throughout the multiverse in order to become the most powerful evildoer alive.

What’s really interesting about the trailer is that most of it features Rivet (with Clank in tow) as the playable character, while Ratchet searches for his lost pal solo. The trailer also features locations such as Nefarious City (which we’ve caught glimpses of in previous trailers) as well as “alternate-dimension twists” on places seen in previous Ratchet & Clank games like Sargasso and Torren IV.

The trailer also showcases some gameplay mechanics, though a more in-depth gameplay trailer is expected to debut during a PlayStation State of Play on Thursday, April 29th. One stunning moment shows Rivet bashing some kind of crystal and instantly transforming the city it overlooks. Other notable moments are Rivet’s time-warping dash move, an extending grinding sesh on a pipe under a giant robot, and a chase scene on the back of a jet engine.

Ratchet & Clank: Rift Apart is launching for the PlayStation 5 on June 11th.