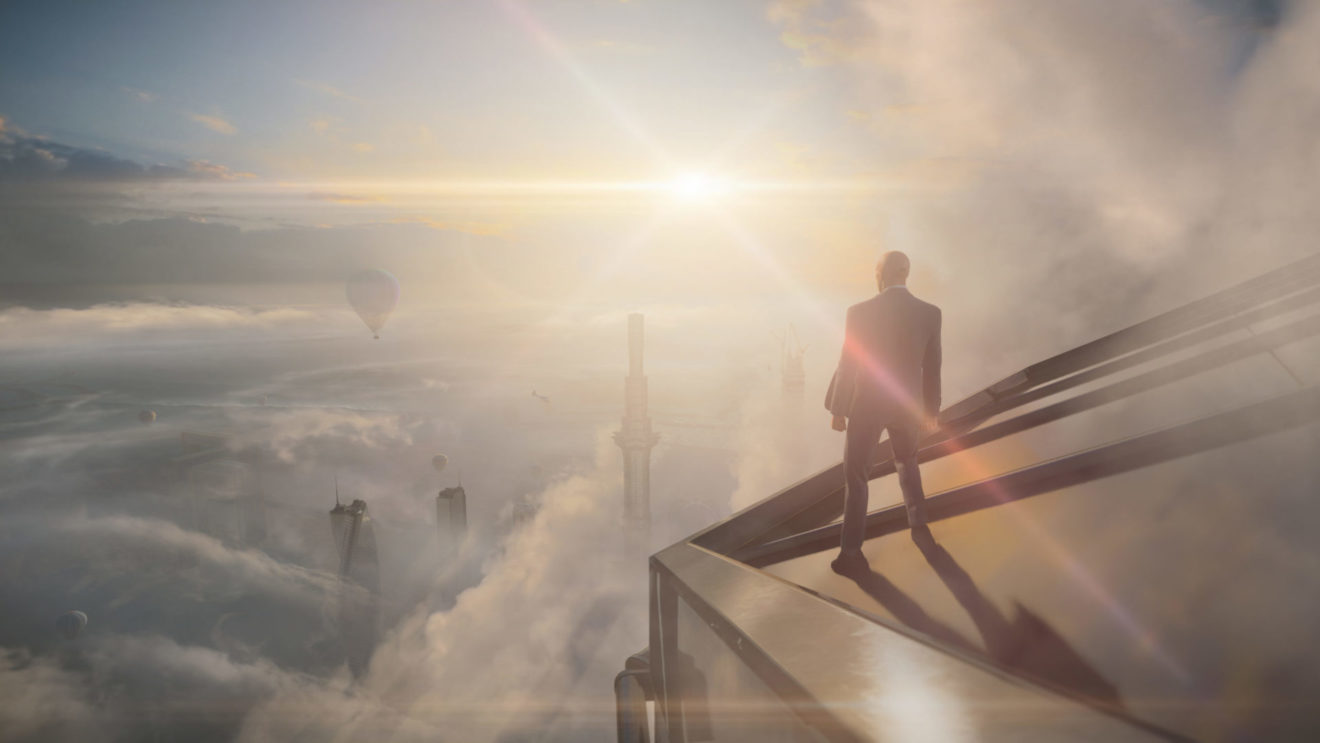 The mission, which is set in Dubai, takes place during the inauguration of a new super-skyscraper called The Sceptre, and 47 must eliminate two targets. Marcus Stuyvesant is located near an art installation, while Carl Engram can be found in his high-security penthouse suite near the top of the building.

As shown previously in the game’s opening cinematic, 47 and Lucas Gray fly into Dubai and jump out of an airplane. The mission picks up from there, with 47 perched above the clouds on The Sceptre and Gray feeding 47 intel remotely.

The first new mechanic in the game is revealed right away in the gameplay video. 47 can now hack electronic locks with his new digital camera tool with Gray’s support. Whether the camera and this ability are specific to these opening moments of the game or will become more integral to later missions as well is unclear, though photographing intel for Gray to use so that he can unlock locks in different levels could add some depth and player choice to the gameplay.

Unfortunately, we don’t really see 47 do what he does best in the five minutes of gameplay that Game Informer provides, though we do see his quick-change abilities have evolved when he transitions from the exterior to the interior of The Sceptre.

Also, we’re guessing that glass floor will come into play at some point.

While the setting for the Dubai mission looks amazing, we’re hoping to at least find out the final three locations of 47’s last missions before the game launches in a few weeks. Besides Dubai, we know that the cue ball killer will be traveling to England and China, but the remaining mission locations are still a mystery.

However, IO did reveal that the complete “World of Assassination” trilogy will take up 100 GB total of your console’s hard drive (via GamesRadar+). In other words, if you want to have all three recent Hitman titles on your console at once, it will take up less space than Call of Duty: Warzone.

And you really might want to play them again on Xbox Series X and PlayStation 5, as the upgrades to the game’s Glacier Engine will apply to the older games as well. Considering 2016’s Hitman already runs at 4K 60 FPS on next-gen consoles, we can’t wait to see how much more these enhancements add to the visuals.