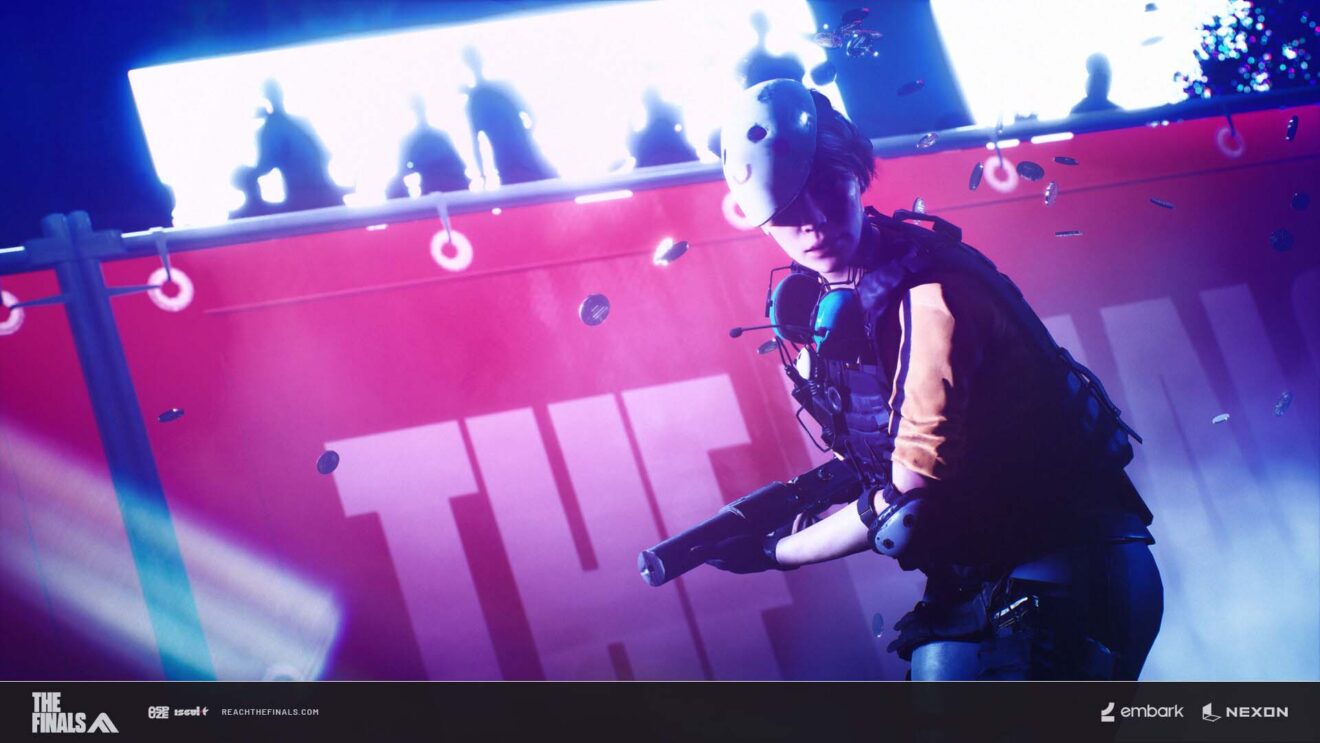 Embark Studios has released its first gameplay trailer for The Finals, showcasing the game’s focus on destructible environments and experimentation that puts recent Battlefield games to shame.

The trailer features four teams of three, all wearing incredibly diverse and creative gear, facing off in a fully destructible arena. (“If you see it, our contestants can probably destroy it,” the announcer proclaims.) Each team fights over treasure boxes found throughout the arena, which they need to deposit. Pretty soon, all chaos breaks loose, showcasing the game’s impressive destruction engine that gives Frostbite a run for its money.

Players can punch through walls with RPGs and what appears to be a shoulder charge ability, but that’s not all. Entire buildings crumble in a believable fashion. In one standout moment, a player rides a piece of falling debris like a platform, crushing an enemy below them.

In addition to destruction, a major focus in The Finals appears to be player choice. Players not only wear unique cosmetics, but they also appear to have different abilities, like a grappling hook or the aforementioned shoulder charge. Likewise, weapons like UZIs and LMGs are mixed with a goo gun that looks straight out of 2017’s Prey. It also appears that players can pick up and throw a ton of different items like explosive cannisters and buckets of goo.

As a refresher, The Finals is a free-to-play first-person shooter from Embark, a studio founded and run by several ex-DICE developers. That includes former Electronic Arts chief creative officer Patrick Söderlund, who was formerly CEO at DICE. The studio delayed its other game, Arc Raiders, into 2023, as The Finals was further along in development. Players can sign up on Steam for the closed alpha, but The Finals is also in development for Xbox Series X/S and PlayStation 5.