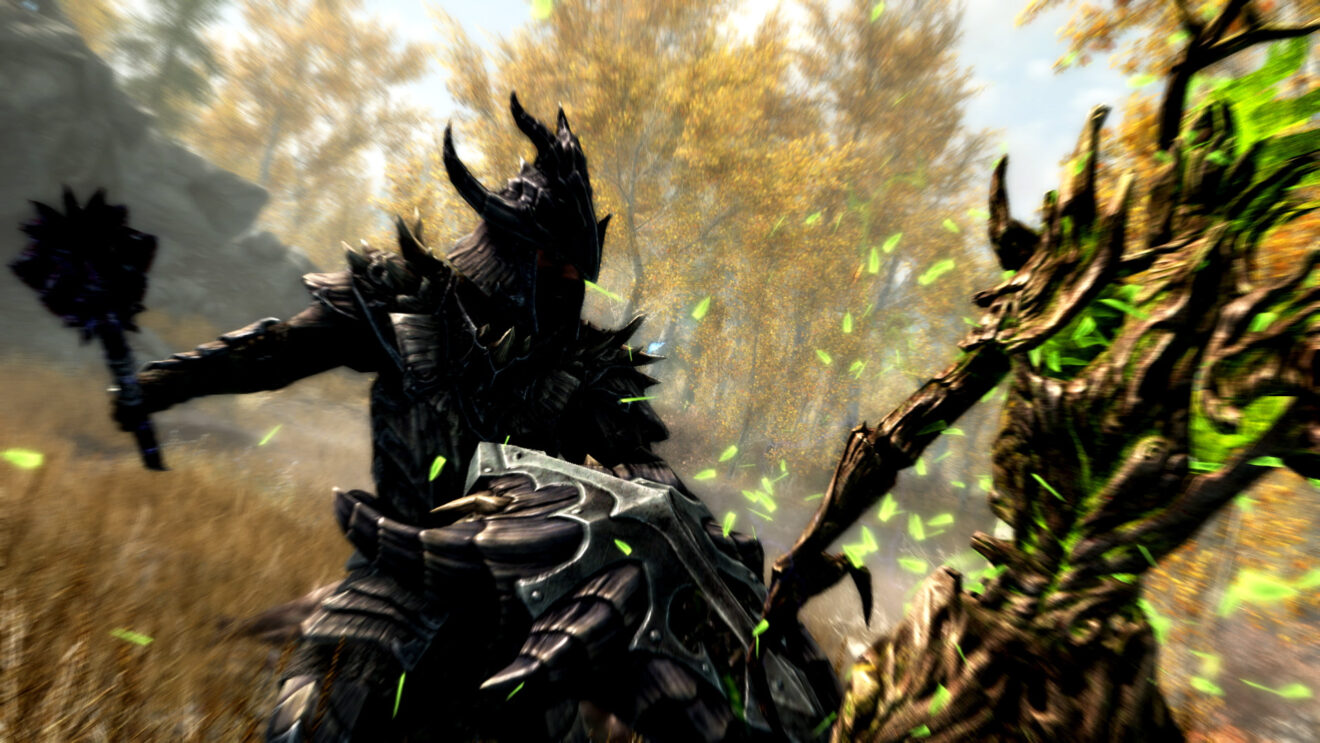 Bethesda is bringing back The Elder Scrolls V: Skyrim again with the release of the Anniversary Edition.

This new version of the game bundles all three previously released expansions with more than 500 pieces of content from the Creation Club, including “pre-existing and new quests, dungeons, bosses, weapons, spells, and more.” Owners of The Elder Scrolls V: Skyrim Special Edition and Xbox Game Pass subscribers can purchase an upgrade to gain access to all of the content in the Anniversary Edition.

In addition to the Anniversary Edition, Bethesda is releasing a free update for The Elder Scrolls V: Skyrim Special Edition that will introduce Fishing, Survival Mode, and new quests with Saints and Seducers.

Finally, a free upgrade is on the way for The Elder Scrolls V: Skyrim Special Edition that will enhance the game on PlayStation 5 and Xbox Series X/S. Exact details about how the game will be enhanced were not revealed.

The Elder Scrolls V: Skyrim Anniversary Edition is scheduled to launch on November 11th for PlayStation 5, Xbox Series X/S, PlayStation 4, Xbox One, and PC. The Special Edition update and upgrade are also set for the same day.