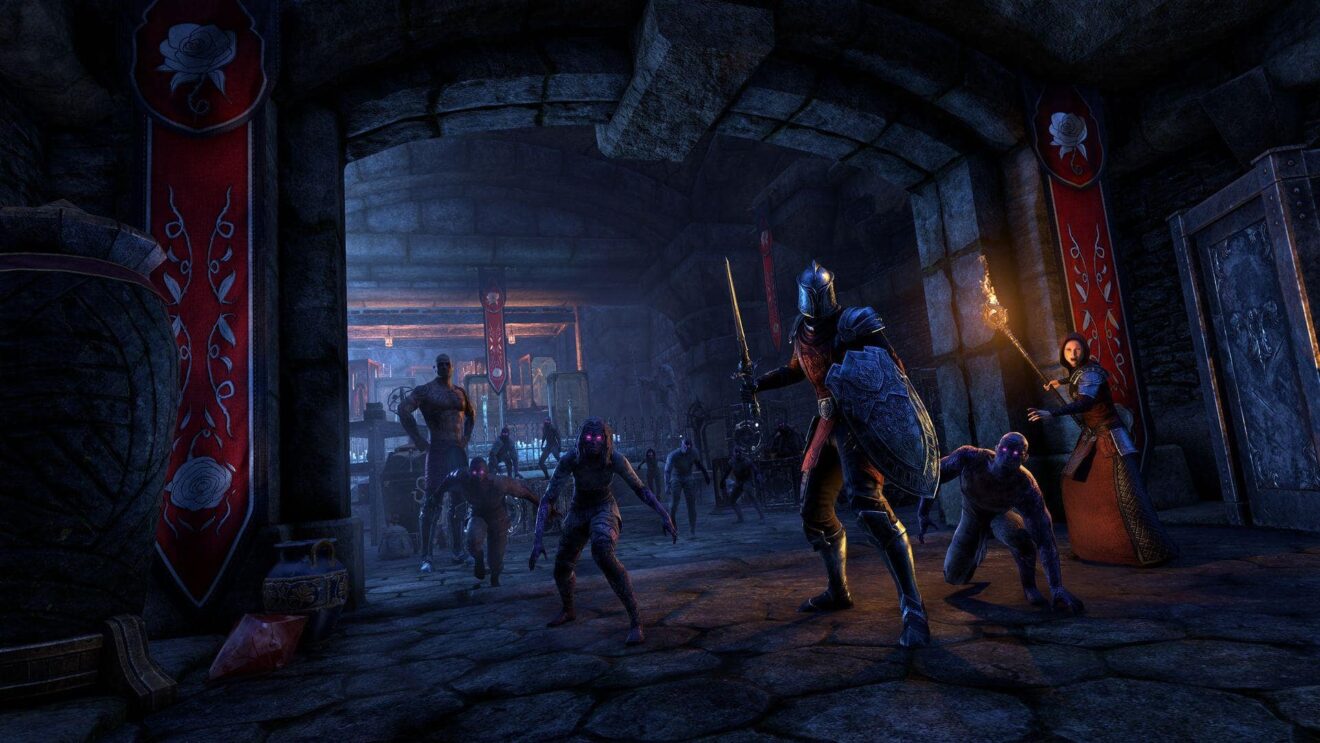 The Elder Scrolls Online‘s next DLC, Waking Flame, will be available on PC and consoles next month, Bethesda and Zenimax Online have announced.

The DLC will allow players to explore the Dread Cellar and Red Petal Bastion dungeons in Normal, Veteran, and Hard difficulty modes. The Dread Cellar sees players teaming up with trainee Battlemage Lucilla Caprenia and her master Martus Tullius to investigate a former prison.

While in Red Petal Bastion, players will be working with a devotee of Azura to reclaim holy relics stolen by the Knights of the Silver Rose and discover the reason behind their fall into darkness.

Waking Flame will be available to all ESO Plus subscribers for free or as an individual purchase for non-subscribers.

Arriving alongside the DLC is Update 31. This update is available to all players and includes bug fixes, quality-of-life and performance improvements, and new houses, furnishings, and house guests for the Crown Store.

The Elder Scrolls Online: Waking Flame and Update 31 launch August 23rd for PC and Stadia, with a console release to follow on August 31st.