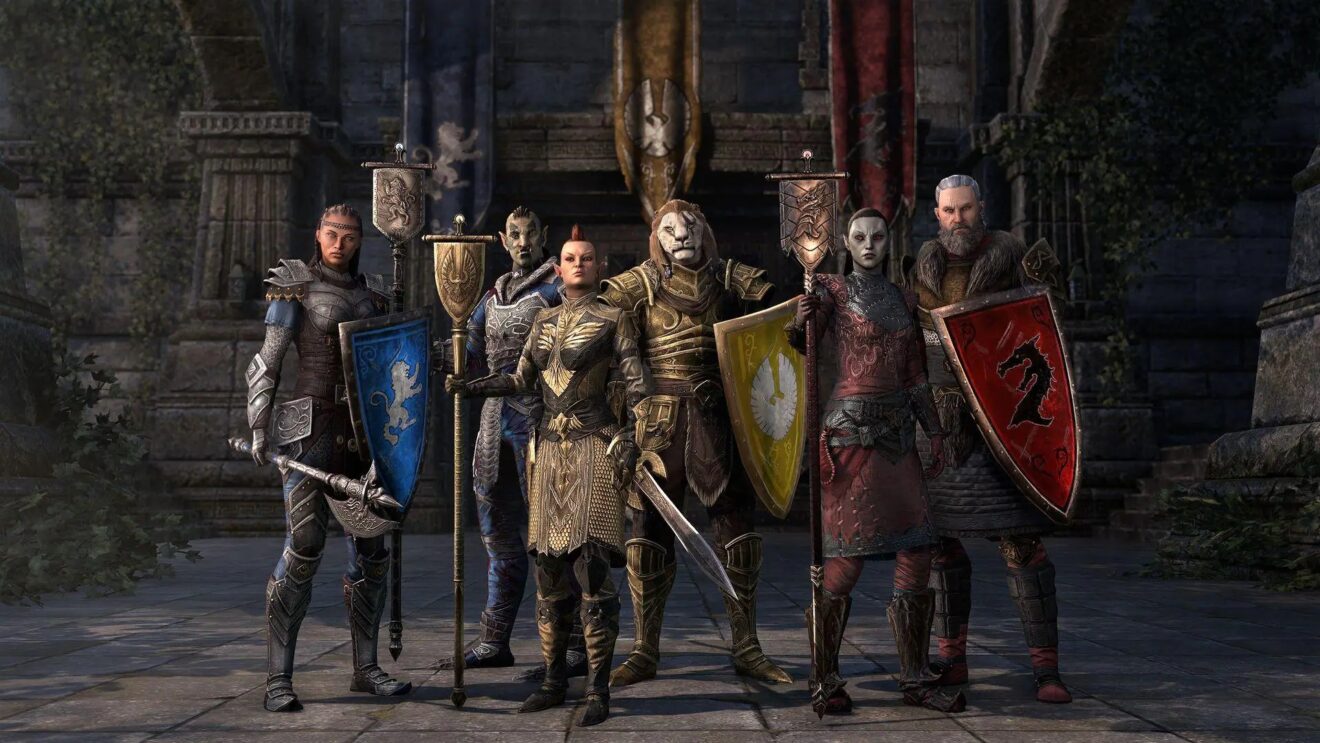 It’s time to do battle with other players in The Elder Scrolls Online‘s Midyear Mayhem PvP event.

To take part in the event, visit the Crown Store and grab the “Details on the Midyear Mayhem” quest, then travel to your Alliance War faction’s main gate in Cyrodiil and find an NPC named Predicant Maera to complete the quest. Players who did this last year do not need to repeat the quest.

Completing this quest rewards Scroll of Pelinal’s Ferocity and a Pelinal’s Midyear Boon Box. Use the scroll to get 100 percent bonus Alliance Points and XP for PvP kills in Alliance War, Imperial City, and Battlegrounds.

During the event, players can get Alliance Banner-Bearer Staves by collecting 10 Alliance Banner Emblems from Boon Boxes, Shield Outfit Style Pages from bosses in Imperial City, and the Midyear Victor’s Laurel Wreath for completing all of the Midyear Mayhem achievements. In addition to these rewards, players can grab Pelinal’s Midyear Boon Boxes that contain Transmute Crystals, Alchemy Reagents, style items, motif pages, and more.

Finally, three Event Tickets can be earned each day by completing PvP daily quests that can be spent at the Impresario event merchant.