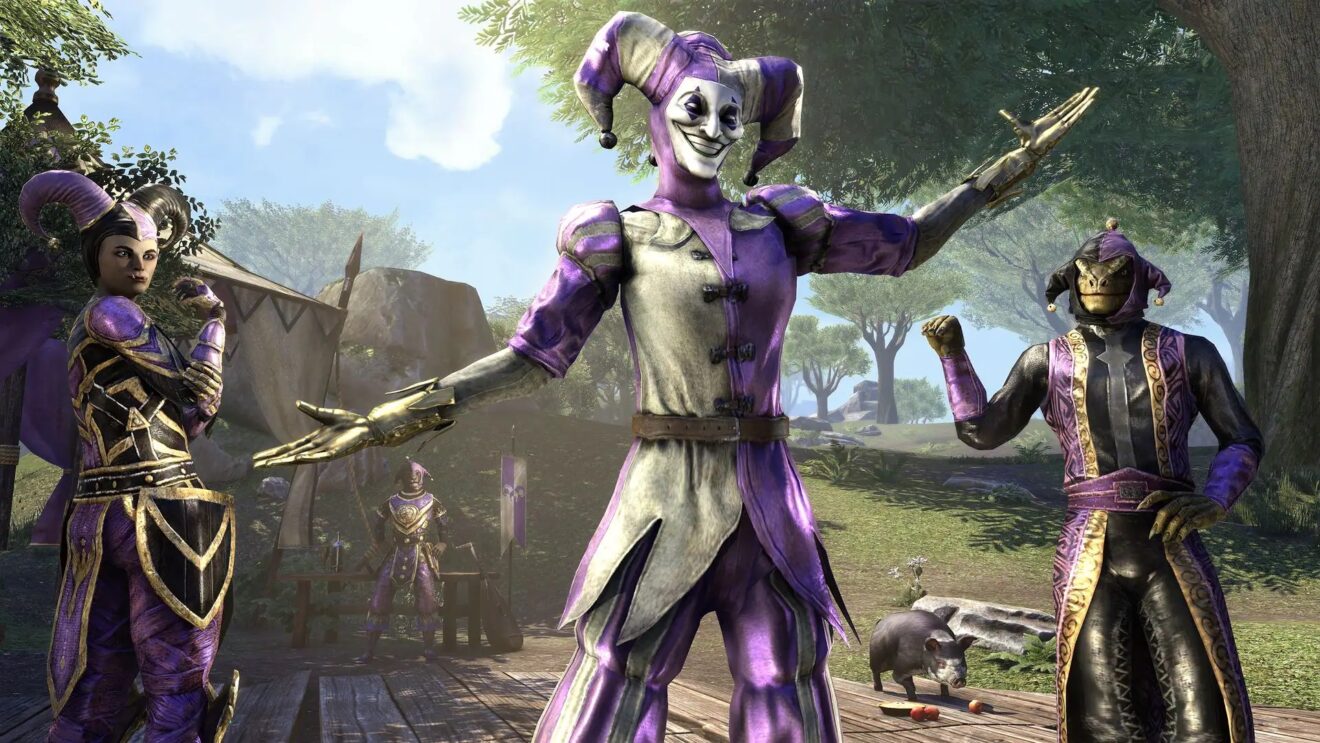 Zenimax Online has confirmed that The Elder Scrolls Online’s Jester’s Festival will return to the game next week.

Starting March 31st, players can head over to the jester pavilions found within the major cities of Ebonheart, Vulkhel Guard, and Daggerfall, and speak to one of three jesters there. Complete the introductory quest to get a delectable Pie of Misrule memento which offers a 100% XP buff for two hours.

For the duration of the event, complete daily quests to receive Jester’s Festival Boxes, which can contain the following rewards:

Players can also complete a new quest for this year titled Getting the Band Together. Find the mysterious Samuel Gourone at any of the jester pavilions to get started.

In addition, three Event Tickets are on offer each day for completing a daily quest. Trade these in at the Impresario event merchant for the following items: