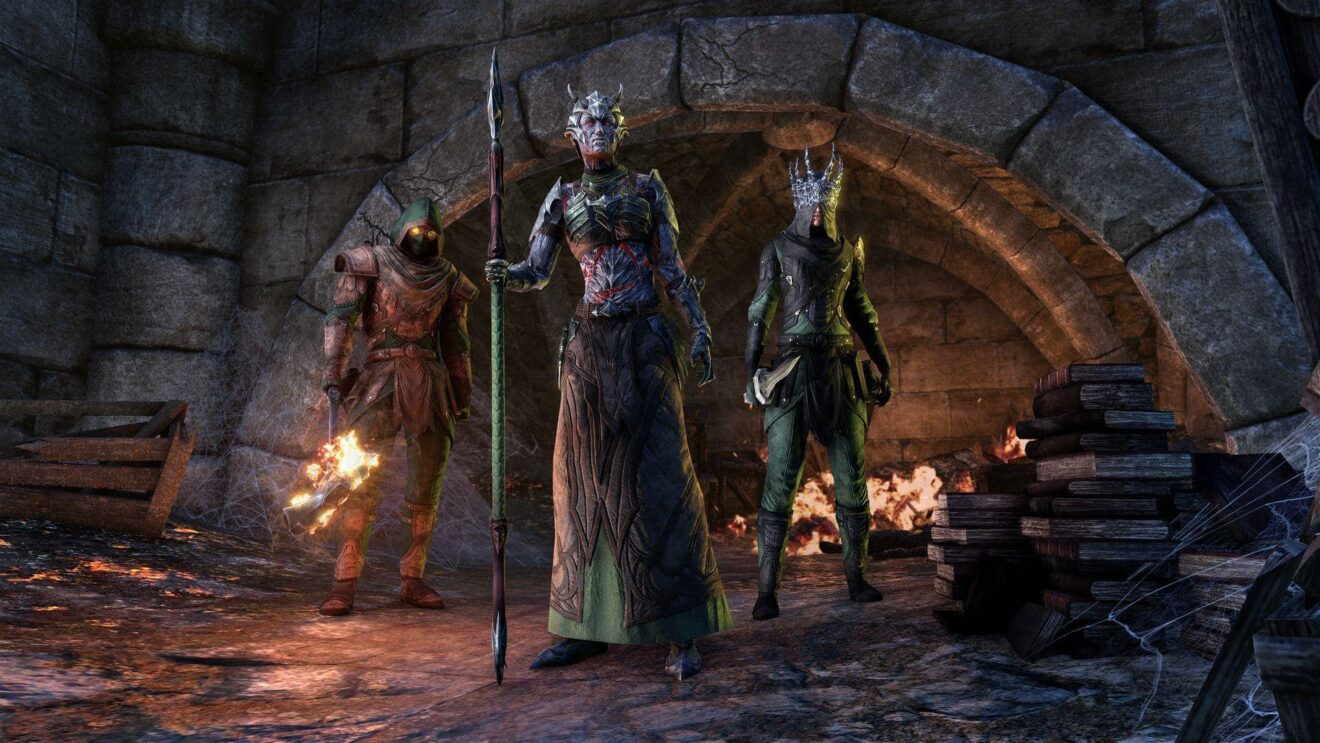 Following its release on PC earlier this month, The Elder Scrolls Online’s Flames of Ambition DLC has arrived on PlayStation 4 and Xbox One.

The DLC brings with it two new dungeons. The first is the Black Drake Villa, in which players will be teaming up with the Wood Elf scout Eveli Sharp-Arrow to search the hidden archives of the Black Drake Villa before they are burnt to the ground. While the second, The Cauldron, sends players into the Cauldron to stop the Cult of the Waking Flame and free the captured townsfolk.

Both of these dungeons feature Normal and Veteran difficulties and reward players with new gear sets, achievements, and collectibles.

Flames of Ambition can be picked up from the in-game Crown Store for 1,500 Crowns, or as a free download for ESO Plus subscribers. There’s also a Collector’s Bundle for 4,000 Crowns that bundles the DLC with the Falinesti’s Faithful Totem Elk mount, the Clearspring Striped Fawn pet, and five Crown Experience Scrolls.

Joining the DLC is Update 29, which includes a redesign of the Champion System that makes it easier for players to tailor their character’s playstyle and improved character sheets that show more advanced stats.