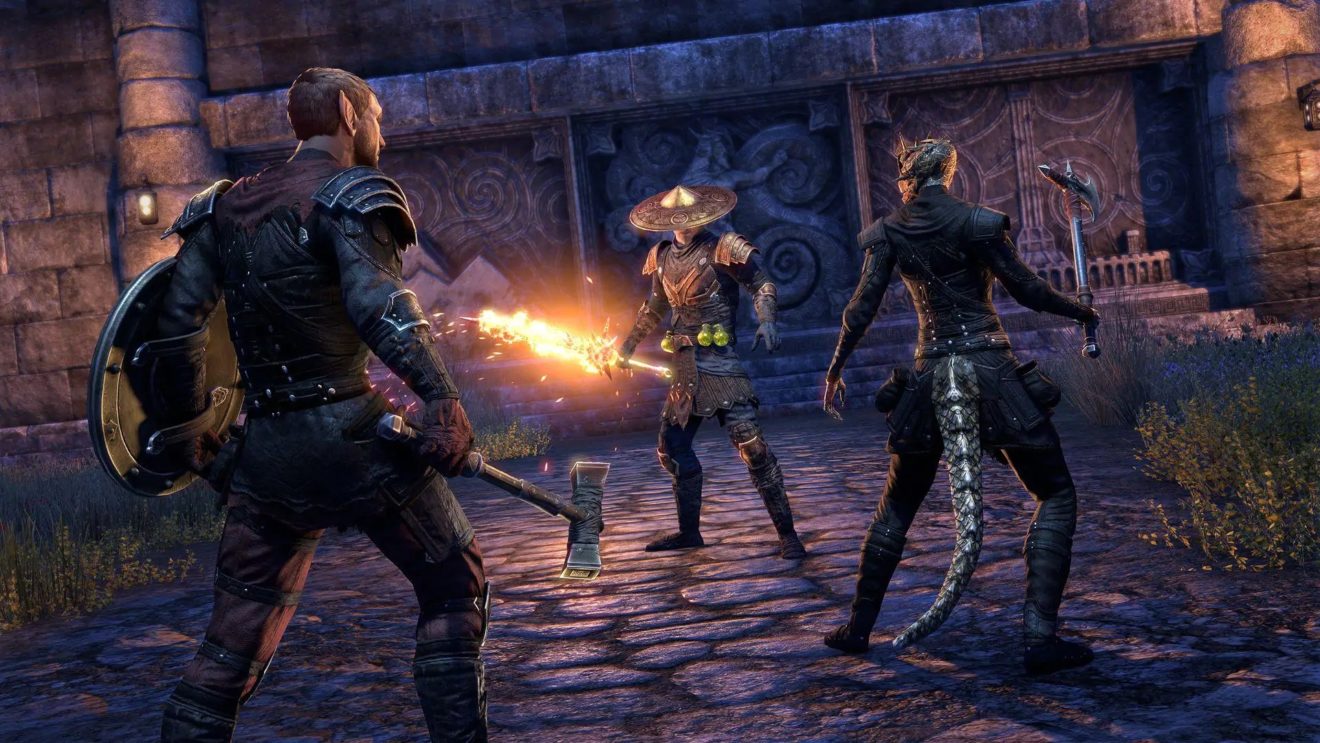 The Elder Scrolls Online players can begin their Gates of Oblivion journey with the release of the Flames of Ambition DLC.

This latest DLC brings with it two new dungeons for players to explore: Black Drake Villa and The Cauldron. The first of these dungeons sees players teaming up with the Wood Elf scout Eveli Sharp-Arrow to search the hidden archives of the Black Drake Villa before it is burned to the ground. While in The Cauldron, players must stop the cult of the Waking Flame excavating the ruins of a long-forgotten mine while saving the townsfolk who have been captured.

Flames of Ambition is available as part of ESO Plus or as an individual purchase for 1,500 Crowns from the in-game store.

Also arriving today is Update 29 which includes a redesign of the Champion System and an updated Character Sheet that shows previously missing advanced stats. Read the full patch notes here.

The Elder Scrolls Online’s Flames of Ambition DLC and Update 29 will arrive on consoles next week on March 16th.