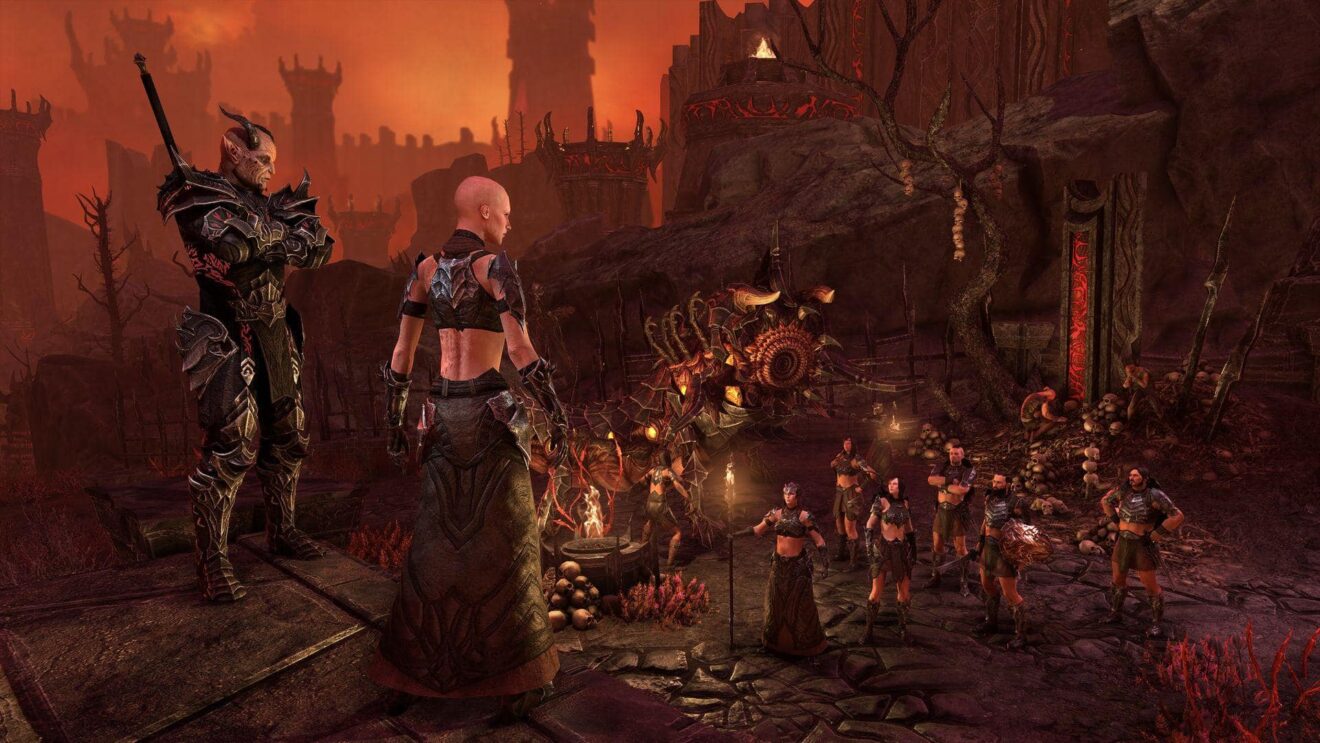 The time has come for The Elder Scrolls Online players to face the Daedric Prince of Destruction within his own realm as part of the final entry in the Gates of Oblivion adventure.

“In this story DLC, you can explore Dagon’s plane of Oblivion and the mysterious city of Fargrave while unraveling the Daedric Prince’s ultimate plans for Nirn and the people of Tamriel,” developer Zenimax Online explains. “In your adventures, you’ll experience tales and locations that showcase the life and society of those who call Oblivion home and be challenged by all-new encounters and threats.”

The DLC introduces the Deadlands Zone, the mysterious city of Fargrave, new challenges and quests, and a fight against Mehrunes Dagon.

Deadlands is available from the in-game Crown Store for 2,000 Crowns or for free as part of the ESO Plus subscription. A Collector’s Bundle is also available for 4,000 Crowns, which includes the Nightmare Bear mount, the Deadlands Bantam Guar pet, and Crown Experience Scrolls.

Joining Deadlands is a new game update. Update 32 introduces the Armory System, which lets players quickly switch between builds, and a new curated drops system that prioritizes items not in a player’s collection.

The Elder Scrolls Online: Deadlands and Update 32 are available now on PC/Mac and Stadia, with a PlayStation and Xbox release set for November 16th.