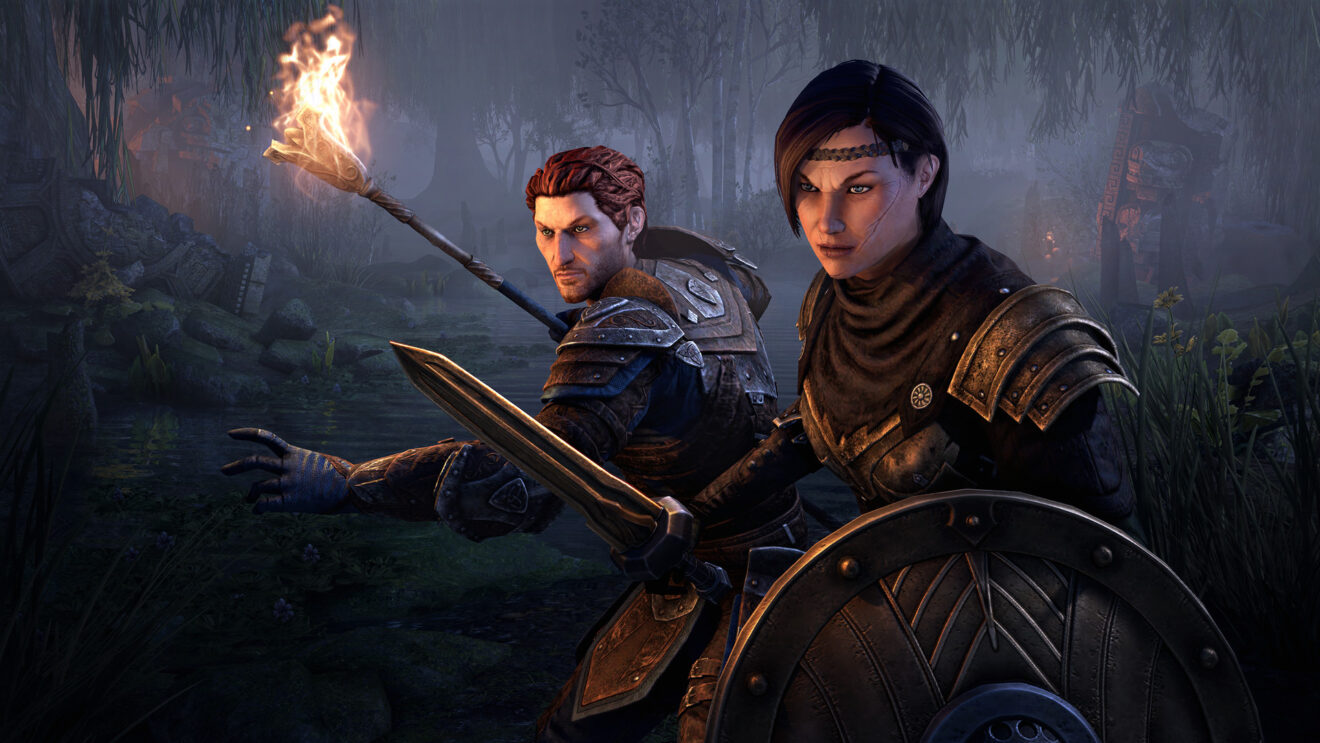 The Elder Scrolls Online’s latest Chapter, Blackwood, is now available on PlayStation 4 and Xbox One alongside Update 30.

This latest expansion introduces a new zone to explore, a new main storyline to play through that sees players uncovering the truth behind an emerging Daedric threat, a new 12-player trial, and new items, collectibles, and achievements to discover. Additionally, players can take on a new type of world event called Oblivion Portals, in which players will invade Mehrunes Dagon’s realm to fight the Daedric hordes.

Players can also make use of a new companions system. Recruit, equip, and fight alongside one of two new companions in Blackwood and then take them across Tamriel. As players battle alongside their companion, they can be leveled up to unlock new skills and customized in a number of ways.

Joining Blackwood is Update 30, which includes a new tutorial for all players, ability bar timers, and other quality-of-life improvements.

Finally, as recently announced, The Elder Scrolls Online: Console Enhanced is coming next week on June 15th. Console Enhanced bumps the game up to 60 FPS on PlayStation 5 and Xbox Series X/S and features enchantments to draw distance, textures, reflections, antialiasing, and more.

The Elder Scrolls Online: Blackwood is available now on PlayStation 4, Xbox One, PC, and Stadia.