There once was a man from Medan...

When Supermassive Games’ Until Dawn hit in 2015, it brought a fresh take on the horror genre that felt like a merger of slasher films and adventure games. In my review, I lamented the fact that the ambition the development team obviously had for its project wasn’t fully realized, but I still appreciated all of the ways in which Until Dawn did stand out from its peers.

I wasn’t the only one waiting to see what the folks at Supermassive might do next to evolve and advance those ideas, and that chance has now arrived in The Dark Pictures: Man of Medan. Unlike Until Dawn’s singular, self-contained story, Man of Medan is the first of what the team hopes will be an anthology of shorter episodic experiences.

For this first chapter, our story centers around the SS Ourang Medan, a real-life ghost story about a ship that, after sending out a strange distress call, was later found floating aimlessly with its entire crew dead. (I then caution you about reading any more on the Ourang Medan, as there may be deeper and more spoiler-y connections). In its virtual representation, we’re introduced to the ship after the Second World War, where we’re given a hint at what fate may have befell the crew. Then—in proper horror movie fashion—we jump to present day, as a group of young adults sets off on a beer-fueled weekend of diving and partying. As you might expect, they soon find themselves face-to-face with the SS Ourang Medan, and must reluctantly make their way through the military vessel in order to escape not only from the ship itself, but the strange men that have taken them hostage.

For those who never played Until Dawn, Man of Medan is heavily centered around its narrative, with numerous cutscenes telling the story interspersed with moments where you’ll need to make a quick decision or succeed at a quick-time event. Unlike a lot of games, however, the choices you make or button presses you fail can have dire consequences. Just like in Until Dawn, no one character is safe here, and once a member of your group dies, they’re gone for good. A decision you make can have major ramifications later on, or a short time after, or even instantly—and never knowing what fate you’re leading yourself toward is part of what makes the experience so compelling.

Slightly less exciting for some will be the other side of gameplay, which consists of walking around as one of the five characters in third person. And when I say walking, I mean a lot of walking. Man of Medan has little of what I would call genuine puzzles, as most answers come from finding the right room to enter, picking up and looking at items or written memos, and interacting with the right objects. As in Until Dawn, I’m not one to criticize this type of experience, because not every game has to be a “game” in the traditional sense—but I’d still give a warning to those out there who, for example, love complaining about “walking simulators”.

I do have criticisms about Man of Medan, however, and they ended up putting the game in a weird place for me. While Until Dawn certainly wasn’t without its own share of problems, it came together in the end in a way where its good greatly outweighed its bad. Man of Medan, on the other hand, is never fully able to escape from under the weight of its troubles. Scene direction and editing feels sloppier here, as moments roughly cut into others, or characters seem to just suddenly drop what they were doing because they know they have to move the game along to the next plot point. Some scenes feel like content is just straight-up missing, and there were times when it was confusing how my current character had gotten to where they now were—but more on that in a moment. In fact, it even ended up that the first time I beat Man of Medan, I had a character who had just vanished—they weren’t among the survivors who made it off the ship, yet they also weren’t shown among the dead. For a game based so heavily on trying to keep your group alive until the very end, being able to get myself into such a situation seems like a huge hiccup.

Man of Medan was also surprisingly rough at times on a technical level, at least on my original PlayStation 4. Both cutscenes and gameplay would have moments of stuttering and lag, to the point that—in my first playthrough—I actually got one of my characters killed late in the game because a pivotal QTE segment didn’t load until it was halfway over. Unlike Until Dawn, the dev team thankfully gave us the option to invert camera controls here; unfortunately, they didn’t then also offer a way to increase the font size for the ridiculously small subtitles. Given how many other much-appreciated accessibility options were included, that’s a strange (and disappointing) oversight.

The entire time I was playing Man of Medan, I just couldn’t shake the fact that it felt like the kind of project that Supermassive Games would have made before it released Until Dawn, maybe as a testbed to see if the core concepts and ideas could be fleshed out into a bigger game. One cause of that is the game’s length; unlike its predeccesor’s 10-plus hour playtime, Man of Medan took me only around four hours, if even than long. I know the team wanted to shift its focus to making smaller, more episodic-style stories, but the problem with doing so is that the story ends up coming to an end right as it’s really getting good. The plus, however, is that it does get good. Not as good as Until Dawn, mind you, but when the big twist finally happened, it was something that I not only legitimately didn’t see coming, but thought was a brave route to take.

In a weird (at least for me) twist, the most interesting element of Man of Medan ended up being its multiplayer. I would never have imagined I’d care about anything other than solo play for a game like this, but both included multiplayer options offer actual value. When playing online co-op, you and your partner control different characters at any one point, with both players either seeing the same scene from their own angles, or separately having totally individual experiences. Now, there is a downside to this: whoever plays the secondary character will see story beats or situations that a solo player will never encounter on their own when playing through the game. It feels a bit weird to keep that content totally absent from the single-player storyline, and I can’t help but think that that’s why there’s weird jumps in the game at times—but it does offer incentive to play through Man of Medan again with a friend online. (This also may be part of the additional content in the upcoming “Curator’s Cut” free DLC, but that remains to be seen.)

A more interesting proposition (at least for me) is the “Movie Night” option, where two to five local players can experience the story together. Trying it with a friend, it was just okay, as we passed the controller to one another depending on whose character was the current focus. Get five players, each controlling the fate of one specific hero or heroine, however? That could potentially be a ton of fun.

I have no hesitation in saying that The Dark Pictures: Man of Medan is a far lesser experience than Until Dawn was, and that’s not really a statement I like saying about a game that really should have shown tangible progress over its predecessor. I also, however, want to be careful about making it sound like a failure. Man of Medan isn’t the game that I wished it had been, and its technical issues took me out of moments that could otherwise have been more engrossing or terrifying. And yet, in the end, I was not only glad that I’d played it, but am now wishing I’d have done so with a bit of five-person communal drinking and partying of our own. I don’t know that I’m totally onboard with Supermassive Games’ episodic plans, but I’m not ready to hope the entire idea gets killed off just yet. 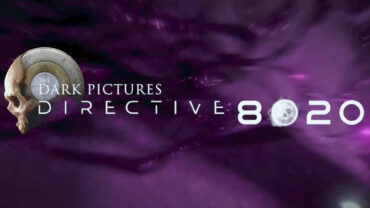