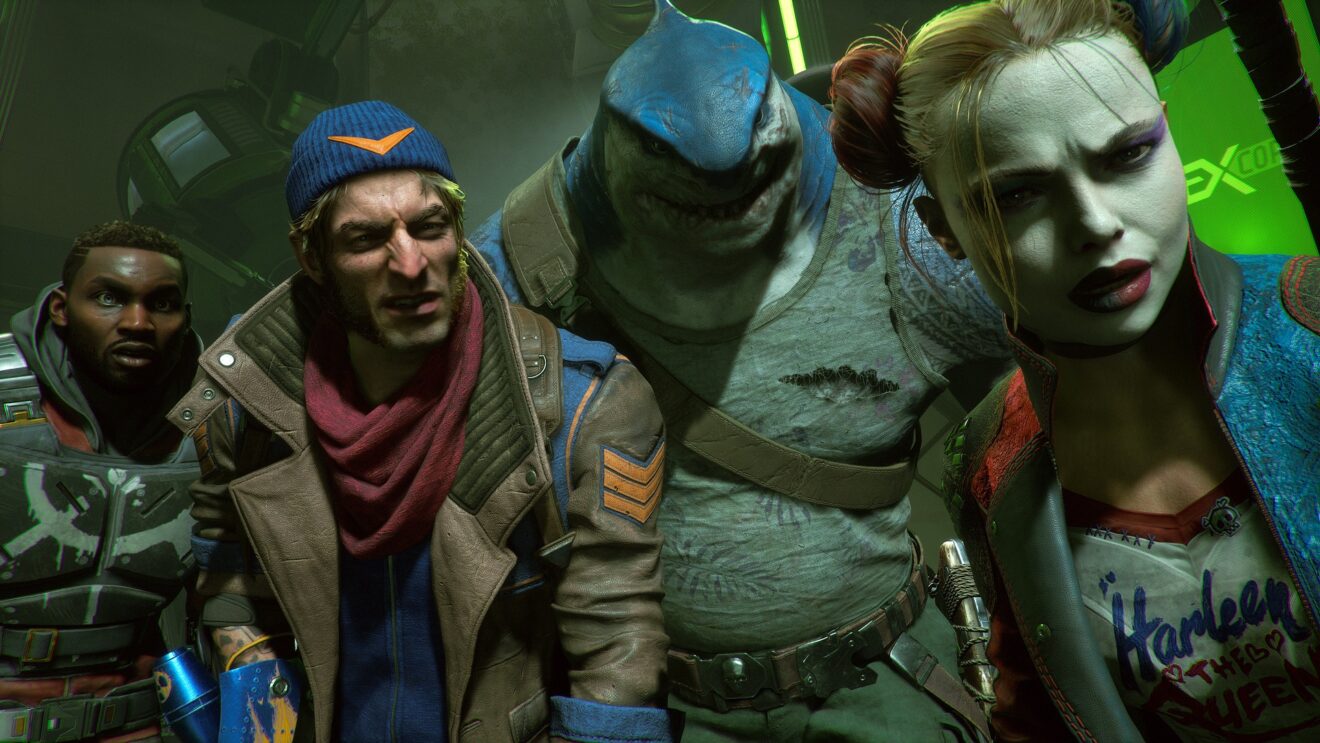 A leaked image from a test build of Suicide Squad: Kill the Justice League appears to confirm that Rocksteady’s first game since 2015’s Batman: Arkham Knight will support cross-play co-op and feature a battle pass.

The image, which appeared first on Reddit and then on Twitter, showcases a recent version of Suicide Squad‘s main menu. It features the game’s four playable characters—Harley Quinn, King Shark, Deadshot, and Captain Boomerang—with symbols next to them that look to show what platform the player is on, in this case PlayStation and PC. To be fair, the PC “players” in this case look to be AI-controlled bots, but the fact that it shows platform symbols at all seems to confirm that players from different platforms can play together.

The leaked image also features a tab for a battle pass at the top of the menu. However, according to VGC (via Eurogamer), a source confirmed that the battle pass will be focused on cosmetic items such as skins. This reveal has drawn comparisons to Square Enix’s beleaguered superhero title, Marvel’s Avengers. That game earned criticism upon its release for having a relative lack of content and relying too heavily on the promise of its live service, which infamously made Spider-Man a PlayStation-exclusive character.

Beyond the battle pass, we can glean even more details about Suicide Squad from the leaked image. For one, players can choose to replay chapters, ostensibly to earn more XP and level up their characters. Players can also set the difficulty as well as the “game mode.” As far as we know, Suicide Squad will be a story-driven, co-op experience, so we’re curious to see what game modes will be available upon release. Finally, there are separate tabs for “Looks,” “Loadout,” and “Talents,” as well as a matchmaking option that will seemingly let random players team up to take down a Braniac-controlled Justice League that’s terrorizing Metropolis.

Rocksteady and publisher Warner Bros. Interactive Entertainment have not confirmed this information.

As for what Rocksteady has confirmed, we know that the late, inimitable Kevin Conroy has returned to play Batman one last time. We also know that Suicide Squad will launch on May 26th for Xbox Series X/S, PlayStation 5, and PC.