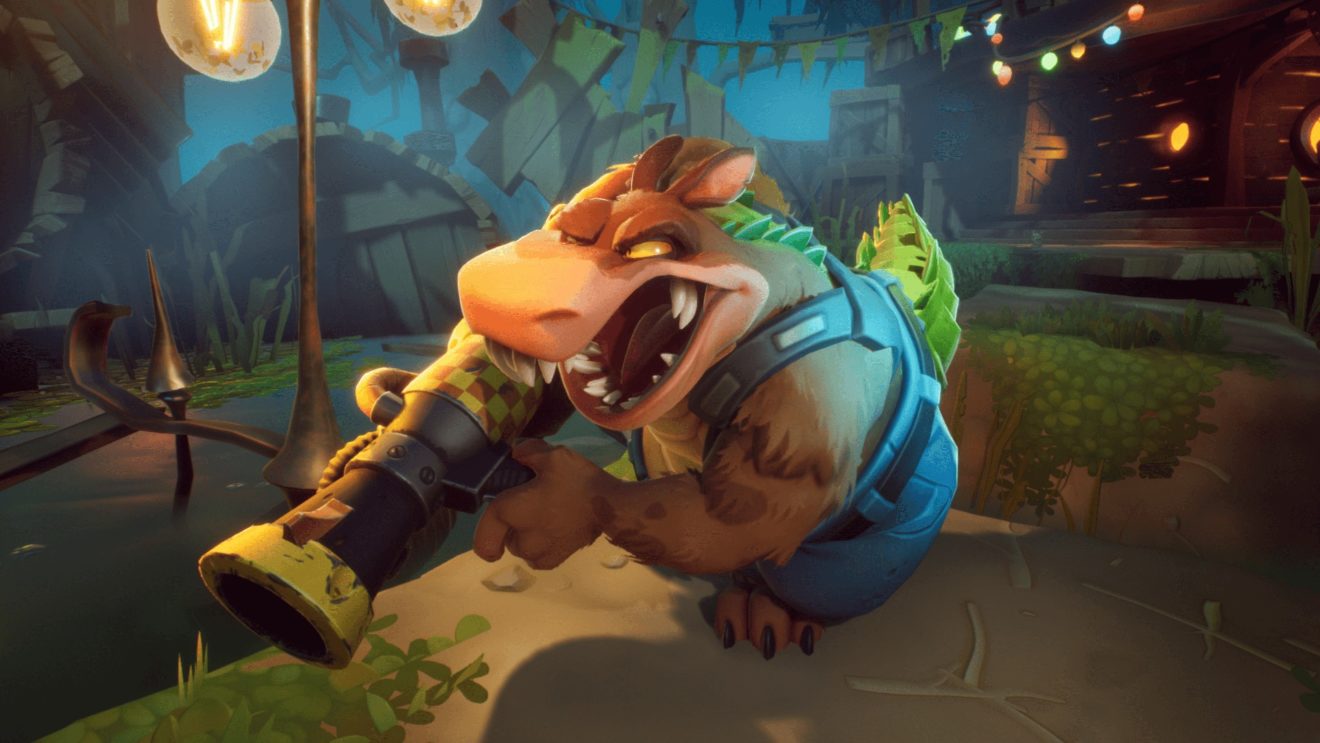 Suck it up as Dingodile in Crash Bandicoot 4: It’s About Time

A new gameplay trailer for Crash Bandicoot 4: It’s About Time debuted during PlayStation’s recent State of Play event, and it revealed that you can play as Dingodile.

That’s right. The genetically enhanced, half-dingo and half-crocodile, flamethrower-wielding villain that debuted in Crash Bandicoot 3: Warped will be a playable character in Crash 4.

After retiring from a life of villainy, Dingodile settled down to open up his own diner. Unfortunately, over the course of Crash 4‘s events, his diner is burned down and he gets sucked into another dimension. Since he hung up his flamethrower, Dingodile picks up instead a Luigi’s Mansion-style vacuum, as well as his mighty, scaly tail, which he can use to slap enemies and crates.

Dingodile isn’t the only villain that players will get to control during the game. At certain points in the game, players will also take on the role of Neo Cortex, who can shapeshift enemies into different kinds of platforms to help him get through levels.

The trailer also revealed a third Quantum Mask that Crash and CoCo can wear to change up the gameplay. Lani Loli can phase-shift platforms into existence to help the Bandicoot siblings make their way through certain levels. Just don’t phase-shift a platform into existence when you’re standing in its way.

Finally, the trailer showed off Inverted Mode, which offers new versions of previous levels that developer Toys for Bob is calling “dimensions.” Each new dimension not only offers a different visual style, but these visual styles correspond with new gameplay mechanics. One dimension requires players to spin paint all over to fill in the level, while another uses an old-timey movie that increases the gameplay speed to mimic an increase in camera speed. There was even a glimpse of a dimension that submerges levels under water, drastically changing up the platforming physics of the level.

Beenox, the studio behind Crash Team Racing: Nitro-Fueled, are behind these dastardly new dimensions. It’s unclear if these level variations are included in the “over 100 levels” figure that Toys for Bob previously announced, but either way, the game seems to offer a ton of replay value.