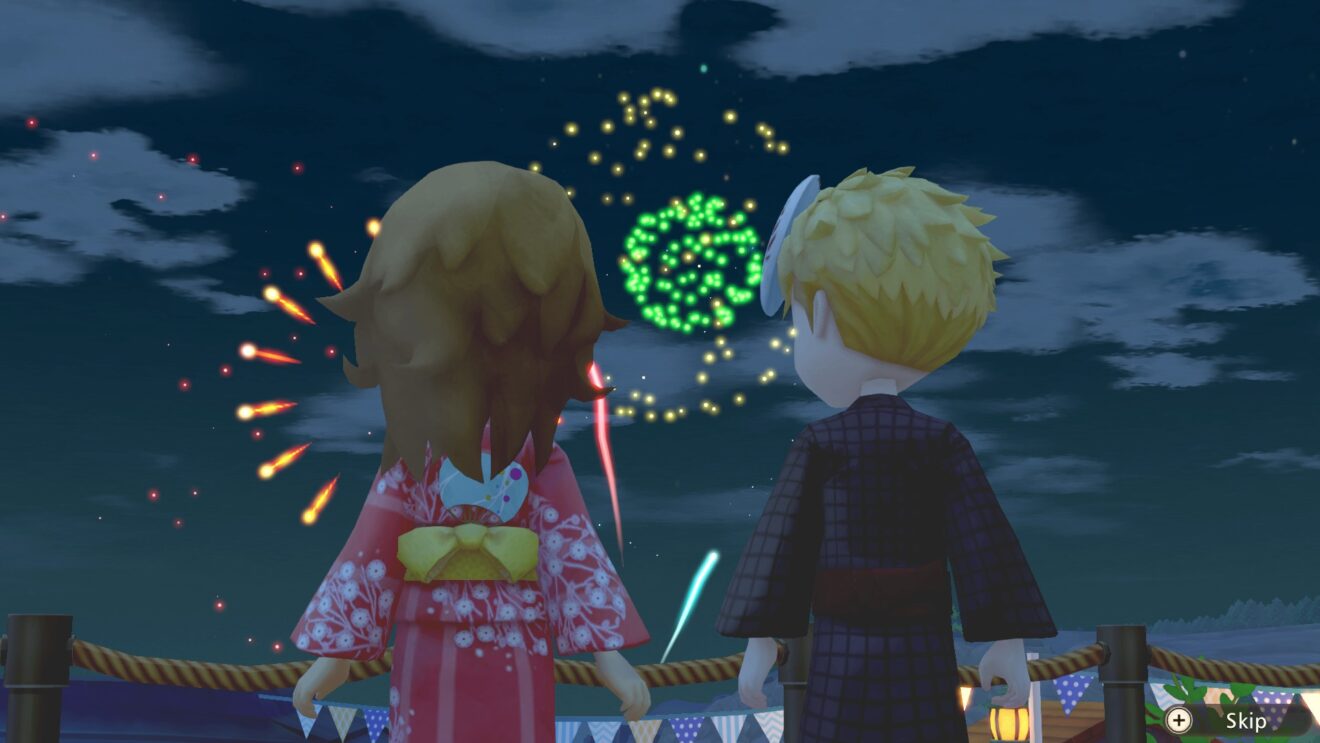 Story of Seasons: Pioneers of Olive Town gets Yakuta costumes and a new sub-scenario

The fourth batch of DLC for Story of Seasons: Pioneers of Olive Town has arrived on Nintendo Switch, XSEED Games has announced.

This latest batch of content includes The Legendary Sprite Dance sub-scenario. Thanks to the protagonist, the Earth Sprite Village is in good spirits and the Earth Sprites plan to celebrate by reviving their legendary dance and hosting a feast. However, the elder Boss Sprite isn’t too keen on the idea, so players will have to help the younger Sprites to make sure things go smoothly.

Also available is the Yakuta Set, which includes new costumes for the protagonist and the 10 original marriage candidates.

Both The Legendary Sprite Dance sub-scenario and Yakuta Set are included in the game’s Expansion Pass. Next up in August is The Twilight Isle Expansion Pack, which is the fifth and final part of the Expansion Pass.