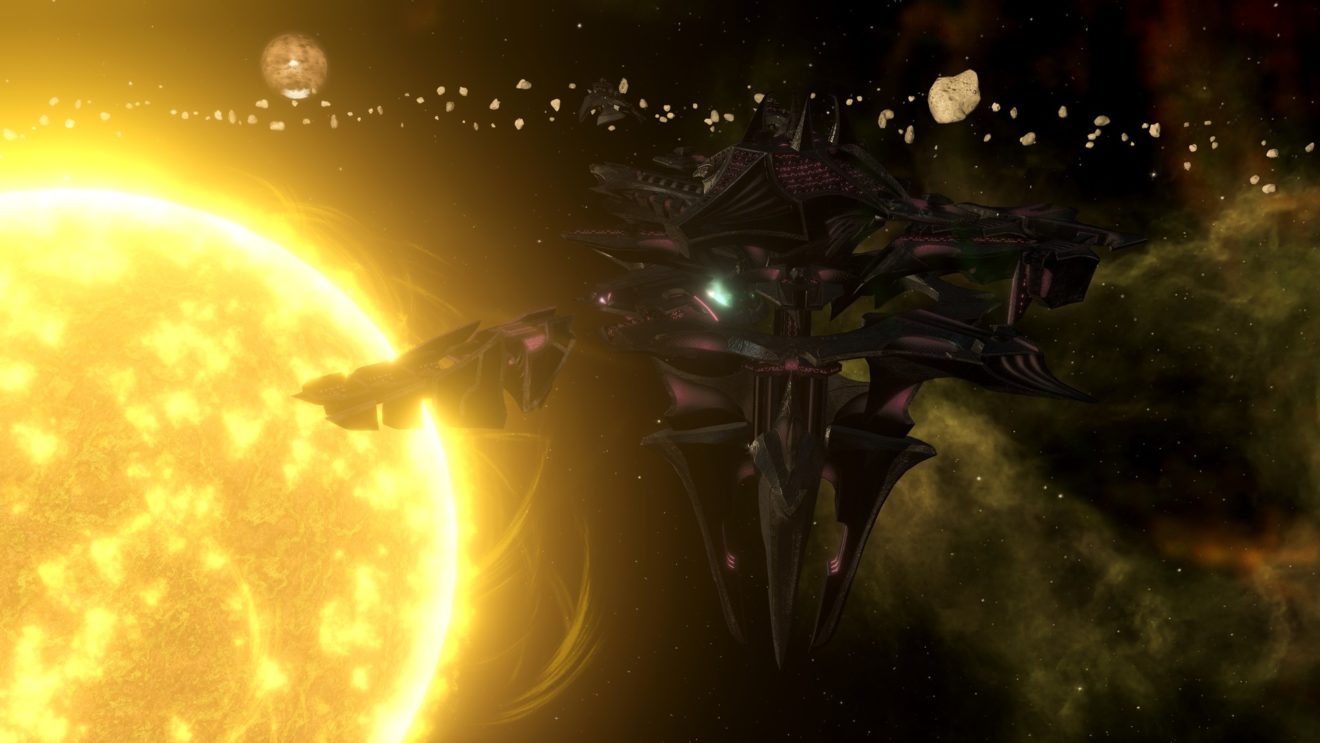 The Necroids Species Pack is coming to Stellaris on October 29th, publisher Paradox Interactive has announced.

“The Necrophage Origin offers players a powerful primary species which consumes others within its grasp, blurring the line between cult and empire with three unique civics,” the publisher teased. “New cosmetic changes will reincarnate playthroughs of Stellaris for long time players, while also bringing new life to killer empires.”

The DLC grants players access to three new Civics. The first is Death Cult, which enables powerful edicts that require the sacrificing of pops. Joining it is Reanimated Armies, a Civic that allows the deployment of morality-immune, undead armies. The final Civic is Memorialists, which lets players erect monuments that improve planetary stability.

Stellaris is available now on Xbox One, PlayStation 4, and PC.