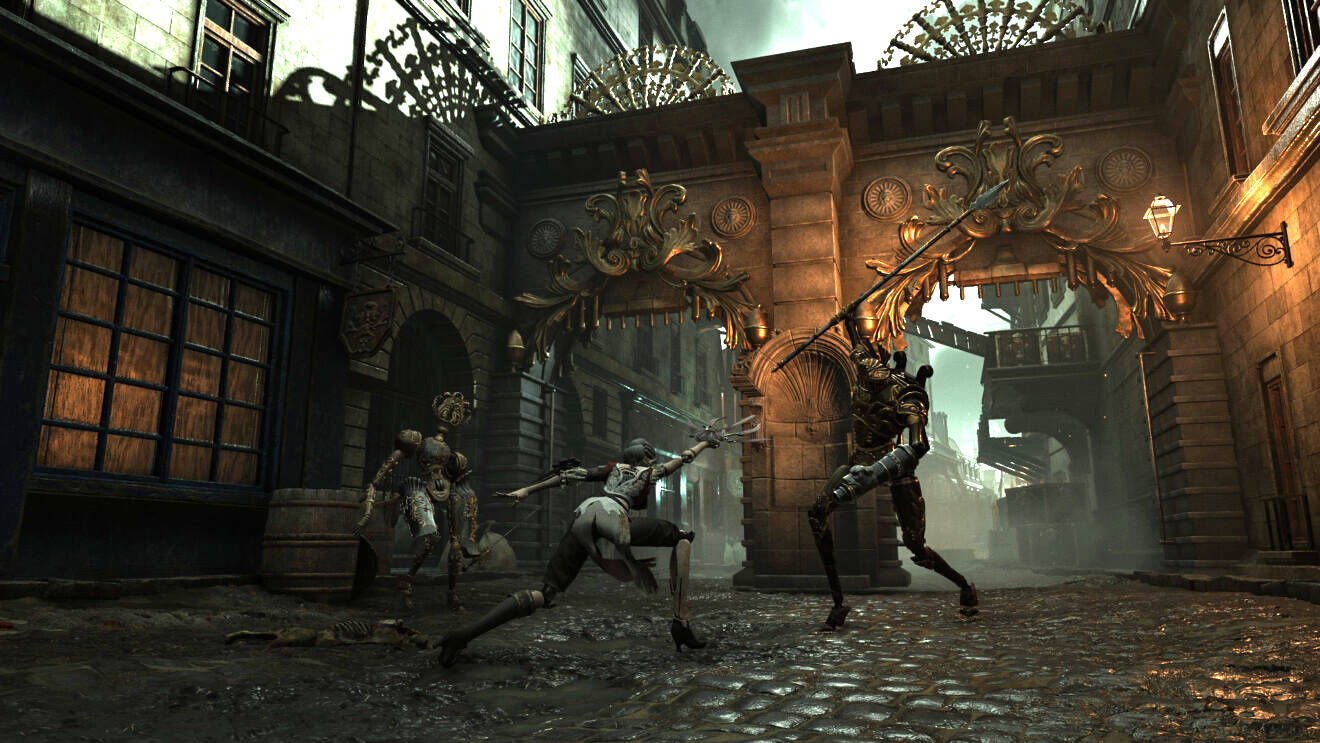 Steelrising, the action-RPG from Spiders and Nacon, is back with our most in-depth look at gameplay footage yet.

The new, almost-six-minute clip shows off a decent amount of combat against standard enemies, a boss fight, navigation, and equipment customization, giving our best indication yet of how the game will actually play.

If you’ve already forgotten the game’s bonkers premise—though how could you—Steelrising explores an alternate-history version of the French Revolution in which King Louis XVI tried to crush the revolt with an army of clockwork robots. You play as Aegis, Marie Antoinette’s mechanical bodyguard, fighting on the side of the peasants.

While we already knew the game would fall into the Soulslike genre, this footage also shows that Spiders is taking cues from another FromSoftware game. You’ll apparently have access to a grapple that looks quite similar to the one in Sekiro. But mobility seems to go a step beyond, as Steelrising also has an aerial dash move that can be used for platforming.

As for weapons, we see fan blades that can be used to attack or extended into a shield, as well as a halberd, claws, and, “fire chains.” Imaginatively, all the weapons appear to deploy from Aegis’s arms, rather than simply being something she holds in her hands. You’ll also have access to firearms for ranged attacks.

We also see a carriage system used to travel between regions of Paris. Spiders confirmed to Game Informer that this reflects the overall structure of the game. While it won’t be an open world, you’ll have some freedom as to the order you tackle areas once you get through the more linear opening section.

The enemy and weapon designs are quite creative, but if there’s one thing about this demo that gives us pause, it’s the frame rate. Even though the game is a PC and new-console exclusive, the footage is looking a bit choppy. It’s definitely a bit rougher than the gameplay we saw last summer. Here’s hoping Spiders can sort that out by the time the game launches in a few months.

Steelrising is out September 8th on PlayStation 5, Xbox Series X/S, and Windows PC.

Josh Harmon
Josh picked up a controller when he was 3 years old and hasn’t looked back since. This has made him particularly vulnerable to attacks from behind. He fell in love with EGM during the Dan Hsu era, so joining the magazine as an intern way back in 2012 felt like a dream come true. Now, as Editorial Director, he’s excited to lead EGM somewhere new.
Share
Post tagsSteelrising