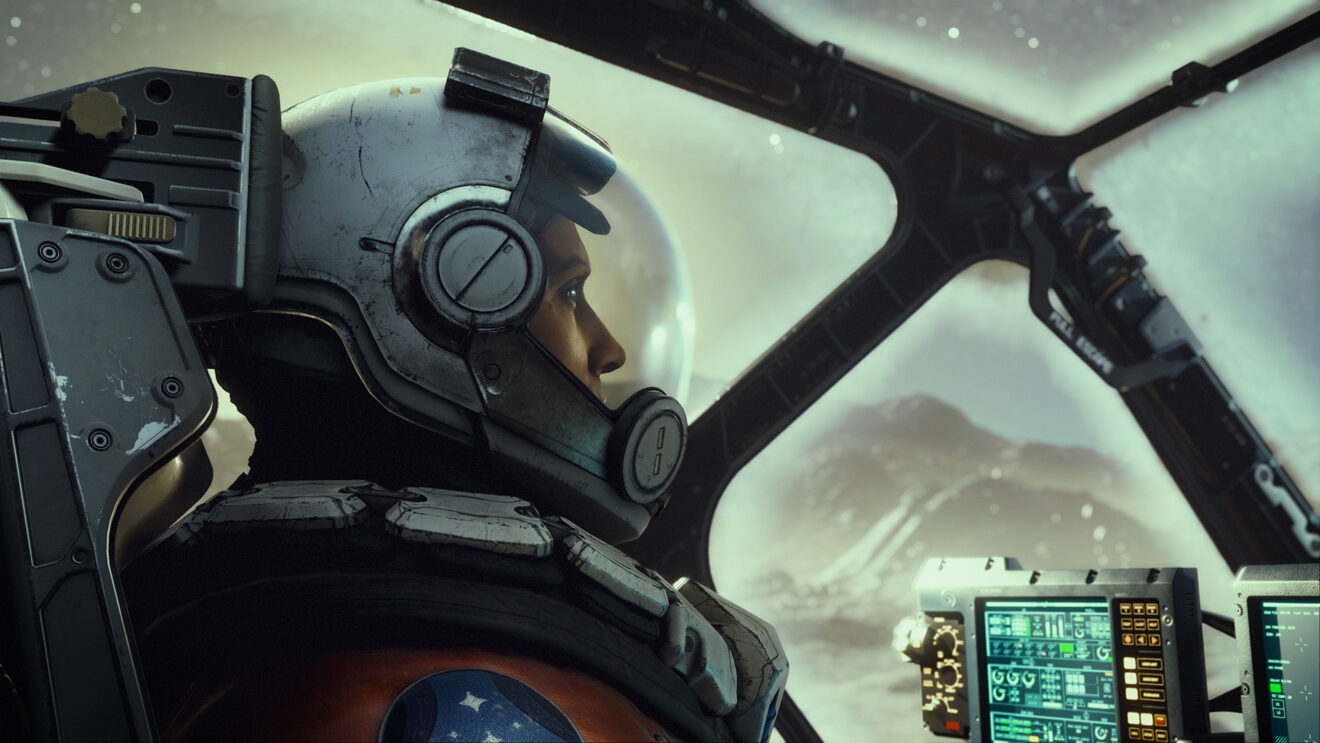 Starfield will tackle some of life’s biggest questions

Xbox and Bethesda kicked off their first joint E3 press conference with a trailer for Starfield, the highly anticipated spacefaring RPG—but that trailer wasn’t all they had to share. A new interview and dev diary have revealed even more details about the game, though many questions still remain. Like, number one, are we going to meet God?

First up is a two-minute dev diary entitled “The Journey Begins.” While this trailer serves mainly as a kickoff for a series of dev diaries and behind the scenes looks, it does showcase some never-before-seen concept are and tease out a few minor details about the game. For one thing, executive producer Todd Howard refers to Constellation, the organization referenced in yesterday’s trailer, as “the last group of space explorers.” The video also confirms that players will be able to design their own characters and chart their own path through the game’s universe and story.

Even more revealing is a new interview with The Washington Post, in which several of Bethesda’s developers offer up a high-level pitch for the game. Howard calls it “Skyrim in space.” Managing director Ashley Cheng calls it a “Han Solo simulator. Get in a ship, explore the galaxy, do fun stuff.” Lead artist Istvan Pely refers to the visual aesthetic as “NASA punk,” and the art team has thought about the function of every button on every ship, right on down to the design and contents of the food rations.

It’s the biggest picture stuff that sounds the most interesting, however, with one quote from Howard pointing to a deeper approach to science fiction that calls to mind 2001: A Space Odyssey, Solaris, and other more philosophical works in the genre.

“When you look up in the sky, there is this drive to know, what is out there? Are we alone? What are the origins of space and time and all of those things? What role does religion play in some of that as well? So, we do get into some big questions. I think a game like this is a good place to do that,” Howard said. “There are movies and books that have done it as well, but we haven’t seen a game do it in this way. And we’ll see how successful we’ll be.”

That sure sounds like there’s a nonzero chance you meet God by the time the credits roll.

In terms of more granular details, there’s no a ton of new info in the interview. There will apparently be a robot named Vasco in the game, the setting is about 300 years in the future, and the team is confident it’ll make its announced release date.