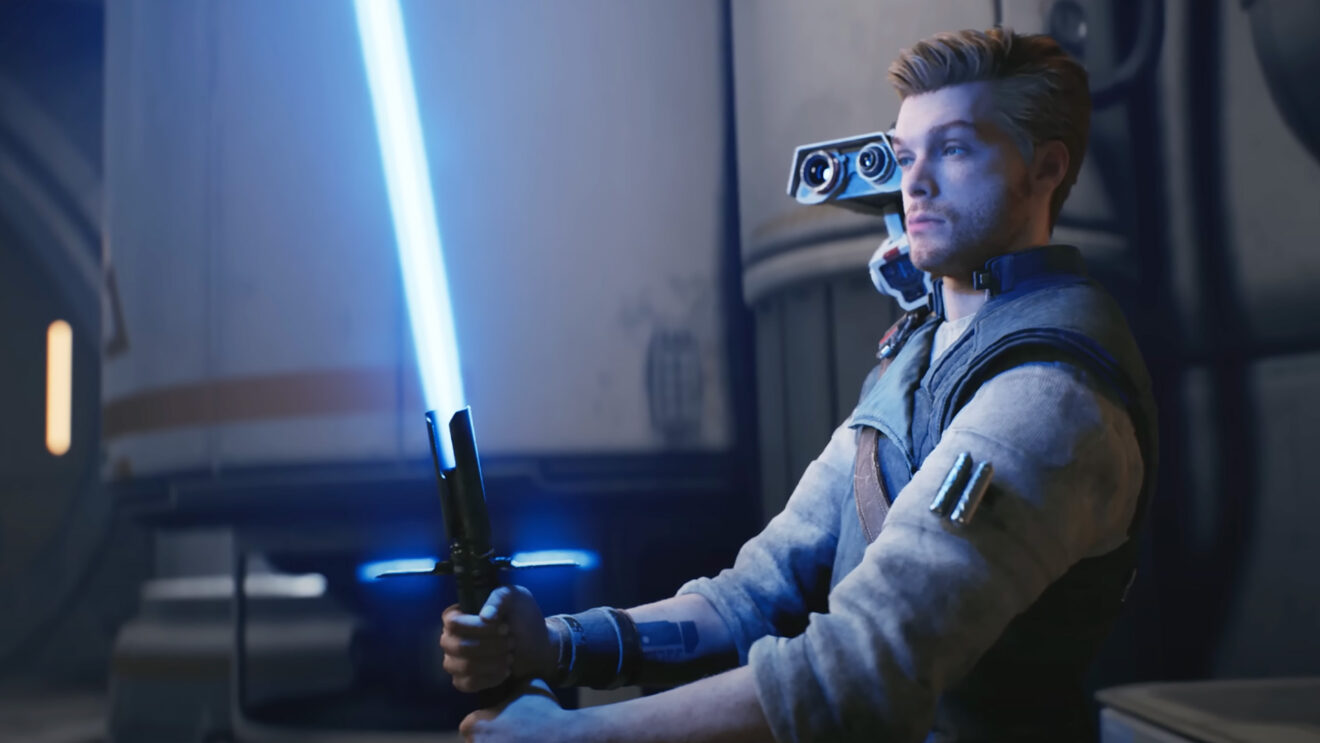 As we already knew it would, Star Wars Jedi: Survivor got a new trailer during The Game Awards 2022, solidifying its spring release date.

Respawn Entertainment’s sequel to Jedi: Fallen Order will indeed arrive on March 17th, 2023. But the trailer is full of enough footage to make the reveal worth it, even post-leak.

There’s a ton to unpack here—way too much for us to get to all of it—but a few things stand out. Is that tube-man someone important? Is it maybe Starkiller, from the Force Unleashed games? Does Cal using a crossguard lightsaber mean that Kylo Ren totally ripped him off a few decades later? And finally, who told him the beard looked good?

Here’s a bit of the official blurb from EA, which also leaked, but, hey, now it’s official.

Continue Cal’s Journey – No longer a Padawan, Cal has come into his own and grown into a powerful Jedi Knight. Carrying the memories and expectations of the Jedi Order with him, his crusade against the Empire has only become more perilous.

The Dark Times are closing in – with enemies new and familiar surrounding him, Cal will need to decide how far he’s willing to go to save those closest to him.

Go Beyond Your Training – The cinematic combat system returns with additional Force abilities and new lightsaber fighting styles. Creatively leverage all these skills to strategically take on an expanded host of enemies, sizing up strengths and weaknesses while cleverly utilizing your training to overcome your opponents and solve the mysteries that lay in your path.

Explore an Untamed Galaxy – Discover new planets and familiar frontiers in the Star Wars galaxy, each with unique biomes, challenges, and enemies. Master new skills, equipment, and abilities that will augment the ways you explore, fight, and roam. With larger areas to explore and more to discover off the beaten path, players who adventure beyond the horizon will find hidden rewards.

You can pore over the trailer for yourself below.

Josh Harmon
Josh picked up a controller when he was 3 years old and hasn’t looked back since. This has made him particularly vulnerable to attacks from behind. He fell in love with EGM during the Dan Hsu era, so joining the magazine as an intern way back in 2012 felt like a dream come true. Now, as Editorial Director, he’s excited to lead EGM somewhere new.
Share
Post tagsStar Wars JediStar Wars Jedi: Survivor