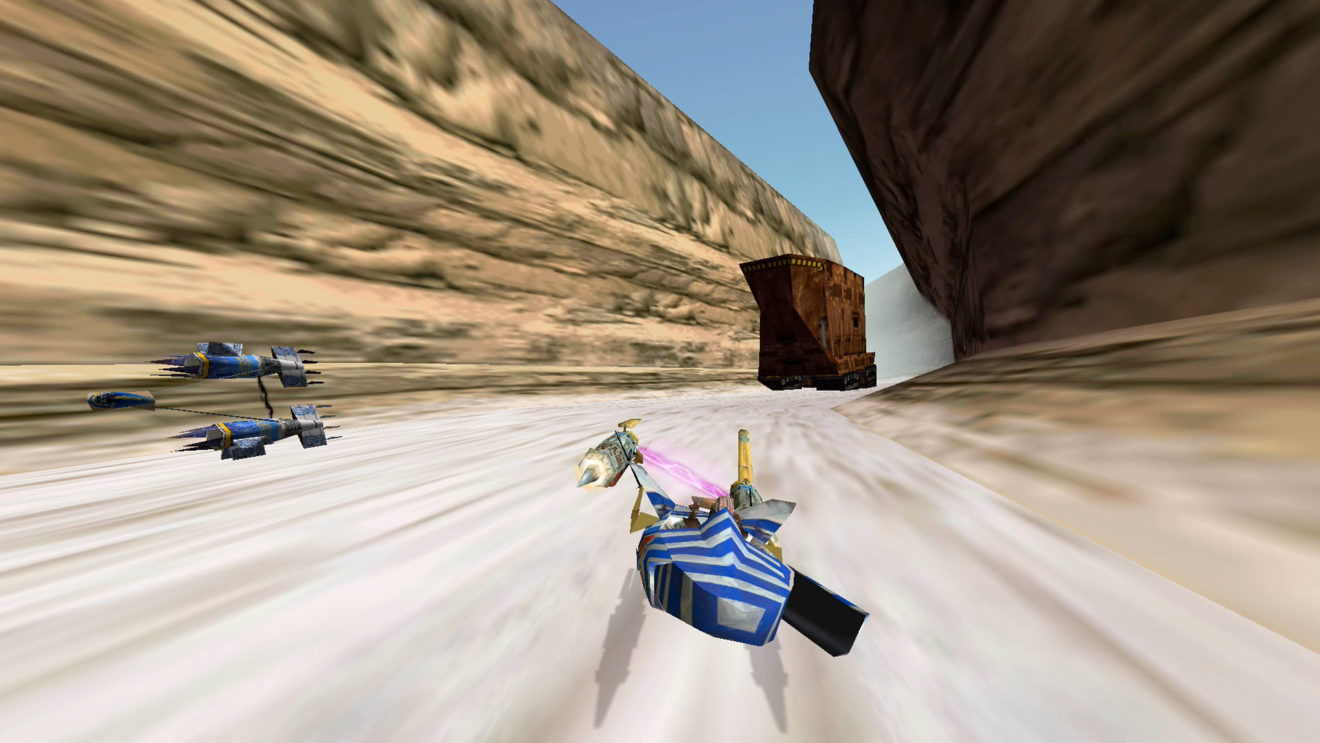 Star Wars Episode I: Racer is coming to PlayStation 4 and Nintendo Switch on May 12th, Lucasfilm and developer Aspyr have announced.

The classic racing game first released in 1999 for the Nintendo 64 and PC and featured dozens of racers and tracks inspired by The Phantom Menace and the rest of the Star Wars universe. All the content from the original, including the system for upgrading your podracer, will carry over to this new version alongside some fresh upgrades.

While Episode I: Racer‘s visuals haven’t been rebuilt from the ground up, even the blocky characters models will look much nicer running at a higher resolution on modern consoles, and Aspyr has uprezzed all the FMV cutscenes to ensure those will look much nicer, too.

In addition, the developer says it’s updated the control scheme to feel “natural and modern.” On Switch, the control have also been optimized to allow play with a single Joy-Con during local multiplayer. On PS4, the game will have full trophy support, including a Platinum trophy.

The Switch release of Star Wars Episode I: Racer was first revealed during last month’s Nintendo Direct Mini, with confirmation of the PS4 version coming shortly after.