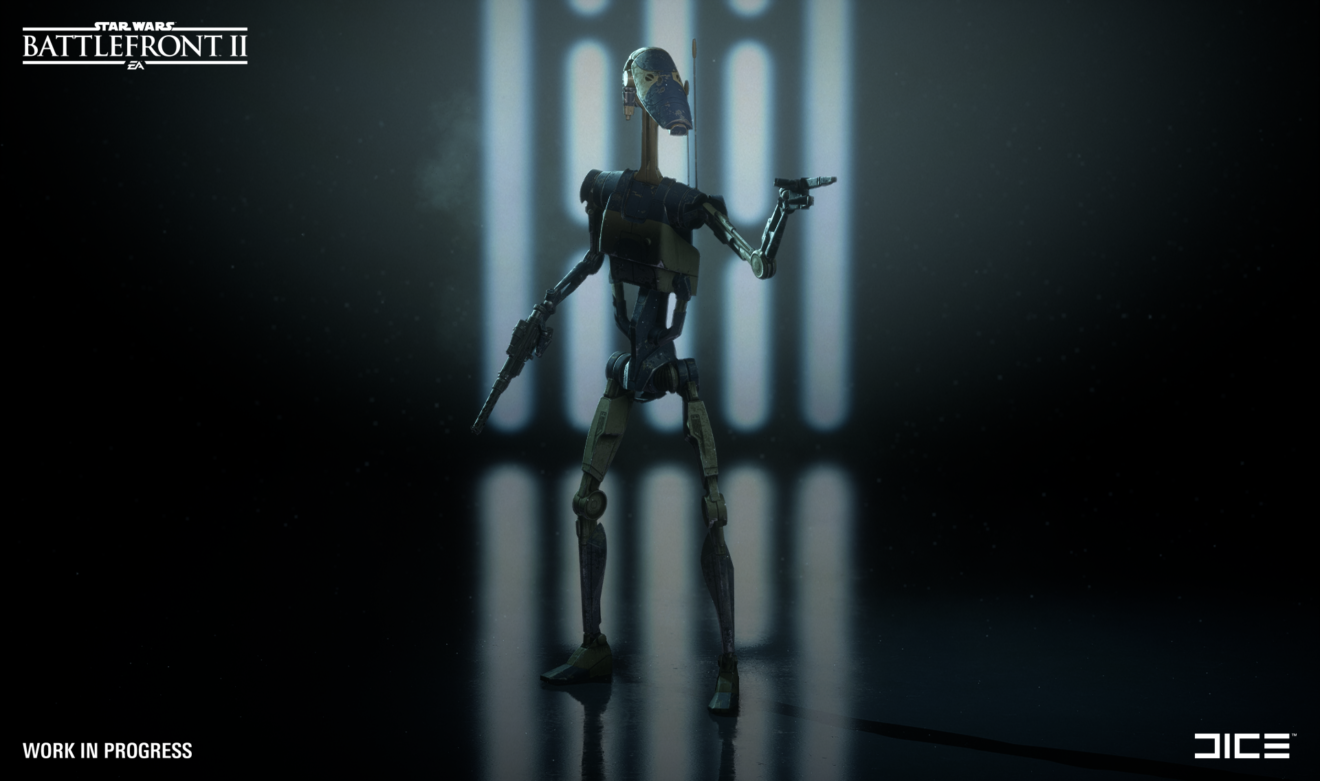 Star Wars Battlefront II is getting a new map, contextual spawning, a co-op mode, The Rise of Skywalker-inspired content, and more, according to the game’s latest roadmap.

First on the agenda is the introduction of Contextual Spawning, which will let players spawn on dynamic assets on the battlefield. The first dynamic asset that can be spawned on is Command Posts in Capital Supremacy and the new Instant Action mode.

“Once you have been defeated in battle you will be presented the Squad Spawn menu as normal. Alongside your Squad members, you will now be presented with a list of Command Posts to spawn onto as well,” developer DICE adds. “You will have the ability to spawn onto any Command Posts that your team has currently captured, even if it is being contested.”

This new system will be followed by new Droid appearances and a new map set on Felucia, which will be broken up into multiple areas with a set theme for each command post. According to the developer, this new map has been designed from the ground up with Captical Supremecy in mind.

Next is a major new addition to the game called Instant Action, which is described as a “large scale single-player mode.” In this new mode, players will fight alongside a team of AI against an AI team for control of five Command Posts, with the team reaching 100 percent first getting the victory. Instant Action will be available on Naboo, Kamino, Kashyyyk, Geonosis, and Felucia.

Instant Action will be joined by a four-player online co-op mode that will see players teaming up with three others to take part in “a large scale PvE adventure.”

“You can choose to play as either the Galactic Republic or the Separatist Alliance and partake in massive battles on all five Clone Wars planets in Battlefront II,” DICE explains. “Depending on what faction you’ve selected, the experience on each planet will be different. For example, the Droid Army will be invading the planet of Naboo, while defending if the battle moves to Geonosis. If you decide to play as the Grand Army of the Republic, the roles will be reversed on each planet.”

The rest of the year will include the introduction of the Clone Commando, new appearance options, and new content inspired by Star Wars: The Rise of Skywalker. Take a look at the full roadmap below: