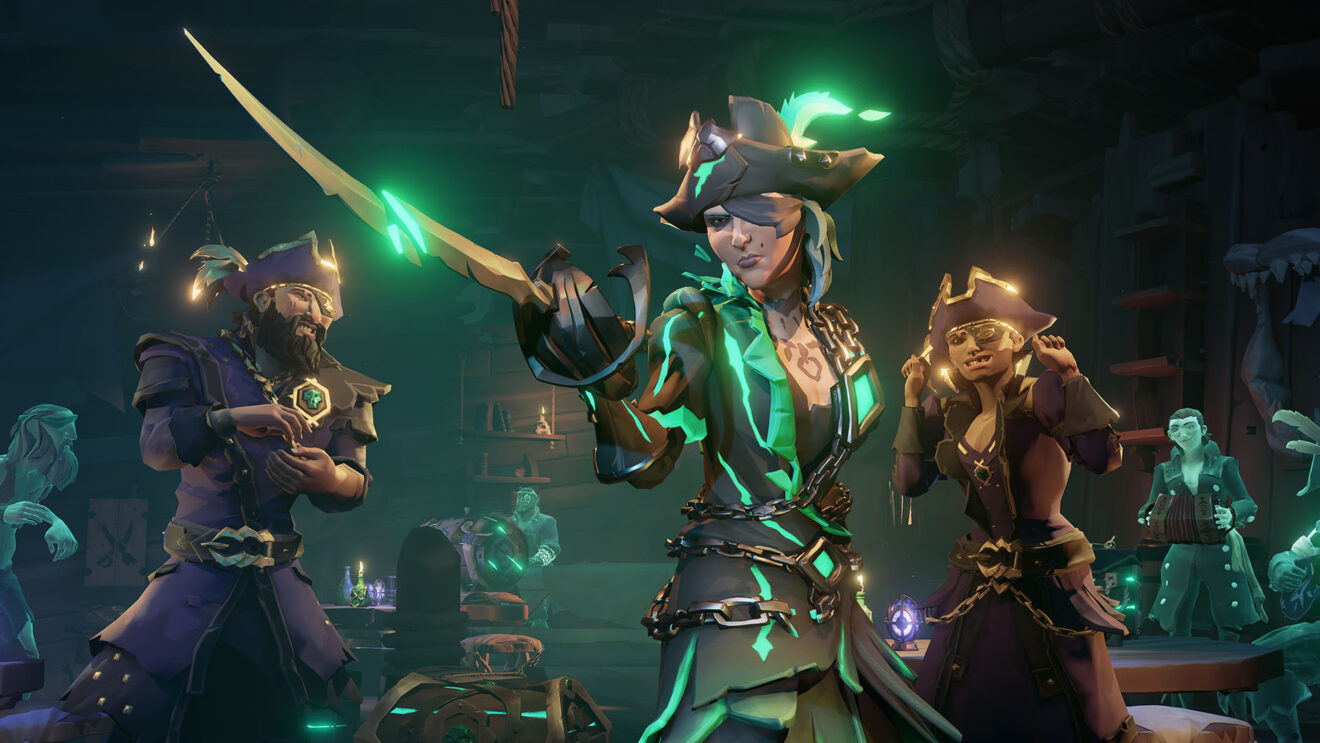 Sea of Thieves Season 8 kicks off tomorrow, bringing with it a whole new way to battle on the high seas and a bunch of rewards for dedicated pirates to unlock.

Season 8 will introduce new faction-based PvP to the game. Crews can decide to align with Pirate Lord and join Guardians of Fortune or ally with Flameheart and become a Servant of the Flame. From there, players can go along their normal pirate business and earn XP, or they can battle it out with members of the opposing faction.

There are two ways to PvP rival crews. You can wander the open seas and attack any opponent you find, or you can queue up for dedicated PvP battles via your on-ship war map. The game will do its best to match teams of equal skill, but you can also take on crews bigger than yours and earn more rewards if you win.

Make it to allegiance level 100 and you gain access to a new area beneath the appropriate faction’s hangout, Athena’s Tavern or Reaper’s Lair (as long as you’re already a Pirate Lord or Level 75 Reaper). From there, you can unlock new cosmetics of the ghastly variety.

You can find a full breakdown of the upcoming season in a new trailer that Rare put out. The start of Season 8 also means the debut of a new set of 100 awards and a new Plunder Pass.

Sea of Thieves is available on Xbox Series X/S, Xbox One, and PC.