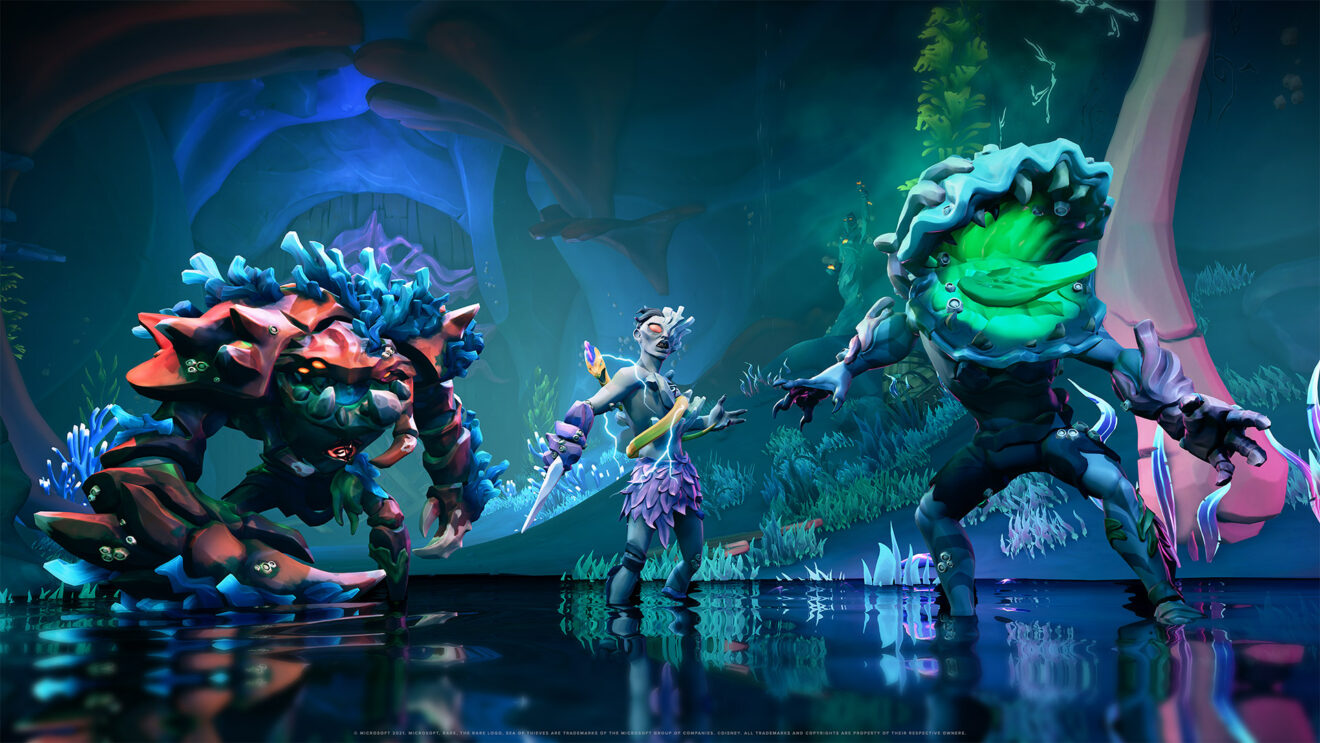 The trailer shows off the new realms, towns, and ruins that players will discover when following the five Pirates of the Caribbean–inspired Tall Tales in A Pirate’s Life. Basically, Davy Jones wants to bridge the worlds of the living and the dead so that he and his crew can take their “rightful places as lords of the sea.” Sounds about right for that guy.

Facing off against Davy Jones and his minions will introduce players to several new enemy types. According to Rare, many of these new enemies are “here to stay and will spread out beyond these Tall Tales to menace pirates all across the seas.” In the gameplay trailer, we see Ocean Crawlers with clams for heads and giant claws for hands, as well as new ghost-like Phantoms. Not sure how you’re supposed to swordfight with those, but we’ll find out.

The main set piece shows a pirate crew facing off against a giant sea monster in a cave, which looks like a more stationary version of a fight against a kraken. One of the missions also tasks players with destroying a giant statue, and a cloud of Davy Jones’ face is seen on the horizon, possibly marking where the Flying Dutchman is lurking.

Sea of Thieves: A Pirate’s Life launches on June 22nd for Xbox Series X/S, Xbox One, and PC. It’s free to players who own the game or who play it on Game Pass.