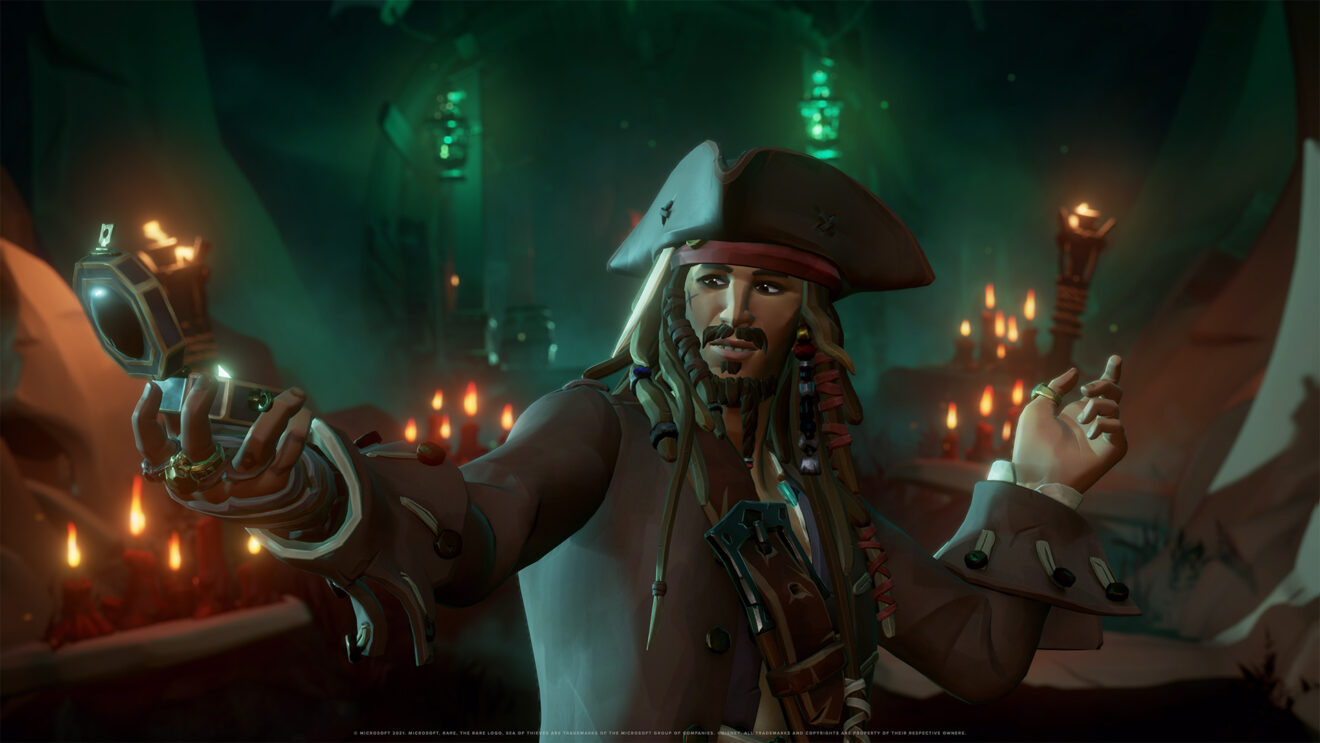 Sea of Thieves is getting Captain Jack Sparrow DLC

Rare unveiled its next major DLC for Sea of Thieves, and it stars Captain Jack Sparrow, on loan from Disney.

The new expansion is called A Pirate’s Life, and it looks like the biggest Sea of Thieves DLC yet. It appears that you and your crew have to rescue Captain Jack, fight against Davy Jones, and survive several new enemy types, like Davy Jones’ monstrous crew as well as killer mermaids. We might also be getting new weapons in the form of a magic staff.

Here’s what the trailer description says about it: “Split across five incredible Tall Tales packed with secrets and side-quests, Sea of Thieves: A Pirate’s Life sees Captain Jack Sparrow sailing in from beyond the horizon to sweep players into an epic new adventure! Free Jack from his prison and witness the power of the world’s greatest Pirate Treasure, which he just so happens to have stolen, before joining him on an unforgettable quest to stop dark forces from dominating this pirate paradise.”

A Pirate’s Life will launch with Sea of Thieves Season Three on June 22nd. You can play Sea of Thieves on Xbox Series X/S, Xbox One, and PC via Game Pass.