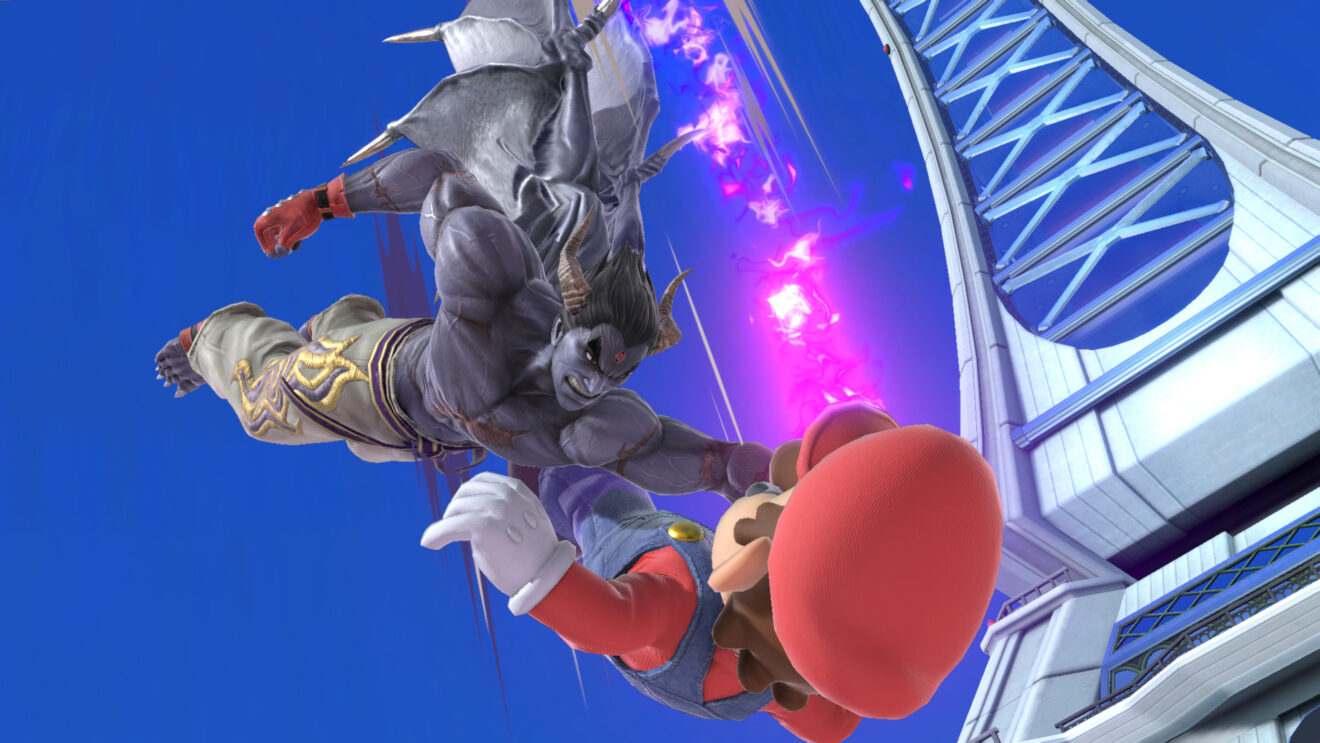 As revealed during Nintendo’s E3 2021 Treehouse Live, Tekken’s Kazuya Mishima is the next character coming to Super Smash Bros. Ultimate. During the reveal, we only got a brief look at how Kazuya will play when he enters the Smash arena, but game director Masahiro Sakurai returned with another deep dive to show exactly how the 3D fighter will work on a 2D stage.

Sakurai started his presentation by explaining the thought process that went into choosing Kazuya as the character to represent Tekken in Smash. Since Smash only has one attack button and not four like Tekken, Kazuya will play a bit differently, not to mention his attacks needed to be faster to keep up with the other characters. However, Kazuya will still have interesting inputs and combos to represent his Tekken origins, as well as a very familiar looking animation for when he falls. He will also have an extended super armor that will make getting in for attacks a little bit easier. Likewise, he’s a heavy character, meaning he’s harder to KO.

However, the main reason for choosing Kazuya over Heihachi is the son’s Devil Gene, which allows Kazuya to go into Devil Form. This acted as the basis for Kazuya’s special moves as well as his smash attacks.

Kazuya’s neutral special is Devil Blaster, a projectile that spans the entire screen and can even pass through enemies, hitting multiple opponents at once. Like any projectile, it can be reflected, absorbed, and pocketed.

His side special is Devil Fist, a strong punch that can pass through opponents and render them briefly immobile. It can be used for recovery, but it can also leave you open for a counter if the opponent blocks it.

Devil Wings is the up special, and this move has a variety of uses. First off, it’s great for recovery, as you can use it twice like a double jump to reach insane heights. But it can also be a powerful KO attack if you hit an opponent with the move’s first few frames.

The down special is Heaven’s Door, a powerful grab that will throw opponents to the ground. Using the move will give you super armor, which can make it a scary edge strategy. Similar to Bowser’s down special, you can take opponents off the edge with you, but Kazuya will get the KO first, and some opponents with good recovery can still get back to the stage.

Finally, there’s Rage Drive, a special move that only comes out with Kazuya is in Rage State, which increases his attack power 1.1 times. To get into Rage State, Kazuya needs to hit 100 percent damage. You can only go into Rage State once per stock. Rage Drive is similar to Heaven’s Door, but it’s much more powerful, and can be executed either with a down special, a grab, or by inputting the Shoryuken input and holding down the attack button. Once you use Rage Drive, or miss your Rage Drive attempt, Rage State will end.

Kazuya’s Final Smash is Final Blaster, a variation on Devil Blaster that sends out multiple beams. In order to unleash it, you’ll need to hit opponents with an initial Blaster attack to lock them into the Final Smash. Sakurai said that, under the right conditions, you can KO an opponent on zero percent damage with Final Blaster.

You can watch the full presentation to get a complete rundown on Kazuya and see him in action.

Kazuya is coming to Smash Ultimate on June 29th as part of Fighters Pass Vol. 2 or as part of Challenger Pack 10.