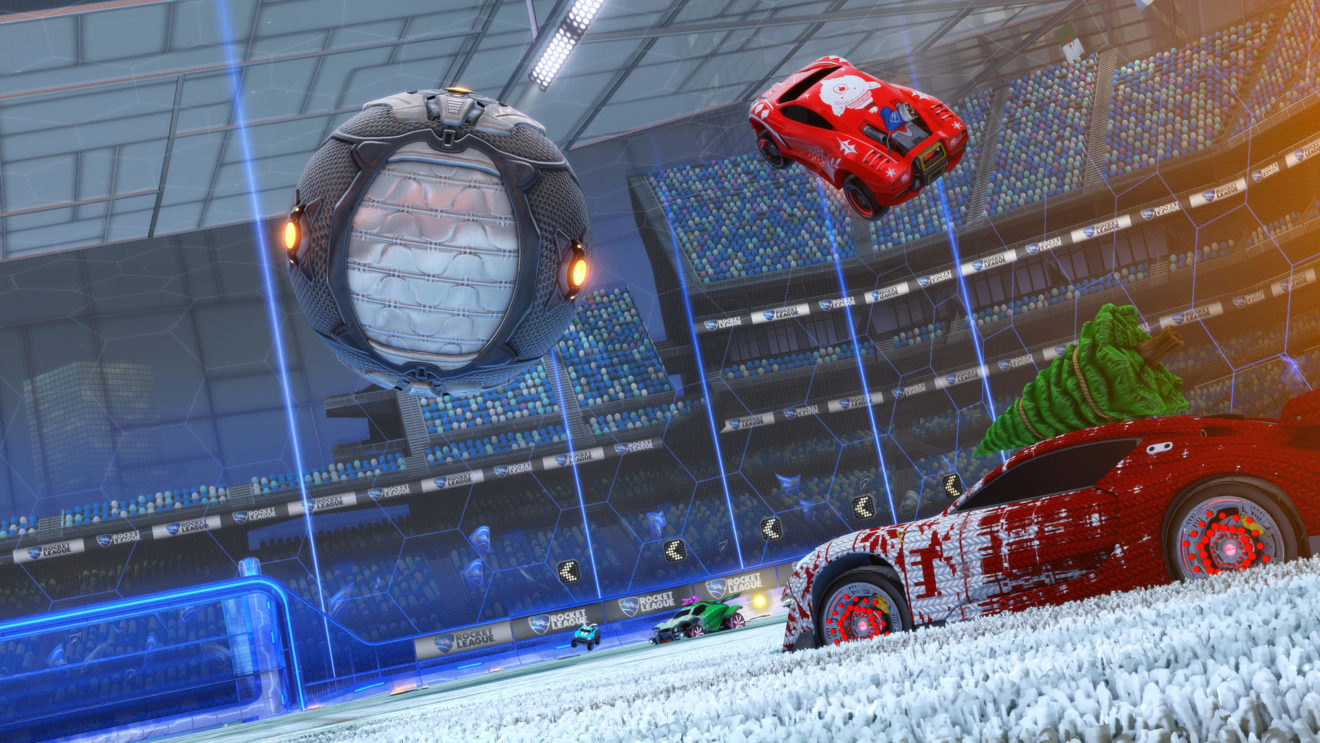 Psyonix has shared its plans for Rocket League over the winter months, including the return of Frosty Fest and a new feature.

First up on the roadmap is the announcement that by the end of the year the first three DLC packs released for Rocket League will be made free. Following an update later this year, Supersonic Fury, Revenge of the Battle-Cars, and Chaos Run will be available to all players for free. As a result of this announcement, all three DLCs have been pulled from sale and players who purchased them on October 1st, 2019, or after are eligible for a refund.

Also on the way is a new Inventory Archiving feature. This new addition will be included in the previously announced Blueprint update and lets players archive items so they no longer appear. These archived items will appear in a new “Archive” tab in the inventory screen.

The final big announcement on the roadmap is the return of Rocket League’s winter-themed Frosty Fest event. The event is due to begin in mid-December and will include “the coolest customization items that celebrate this happy season.”

In addition to the above, players will be getting Rocket Pass 5 and rewards for Competitive Season 12, which include a number of new universal animated decals.

In other news, Psyonix recently unveiled its plans to replace Rocket League’s random loot crates with a Blueprints system and an Item Shop. Both of these new features are due to release this December.