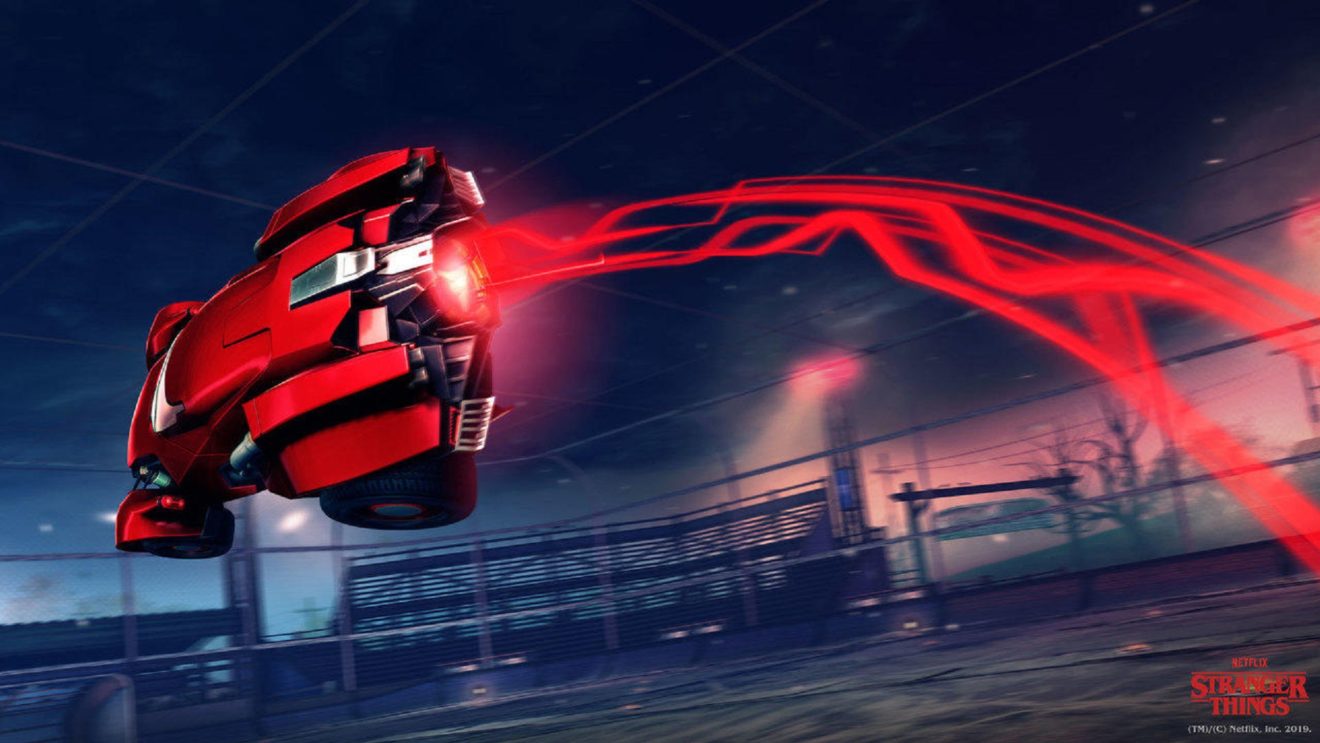 Psyonix has announced that this year’s Haunted Hallows event for Rocket League will have a Stranger Things theme.

During the event, which runs from October 14th through November 11th, players will be able to experience Farmstead (The Upside Down), a twisted version of the Farmstead arena that is being watched over by the Mind Flayer.

In addition, players can earn Candy Corn by completing matches that can be traded in for a number of Stranger Things-themed customization items, including the Starcourt Wheels, Stranger Things Boost, and Hawaiian Hopper Decal.

In other news, the game’s October update is also due to arrive next week, bringing with it the new post-match party-up feature, colored Boost Meters, and more. Get all the details here.