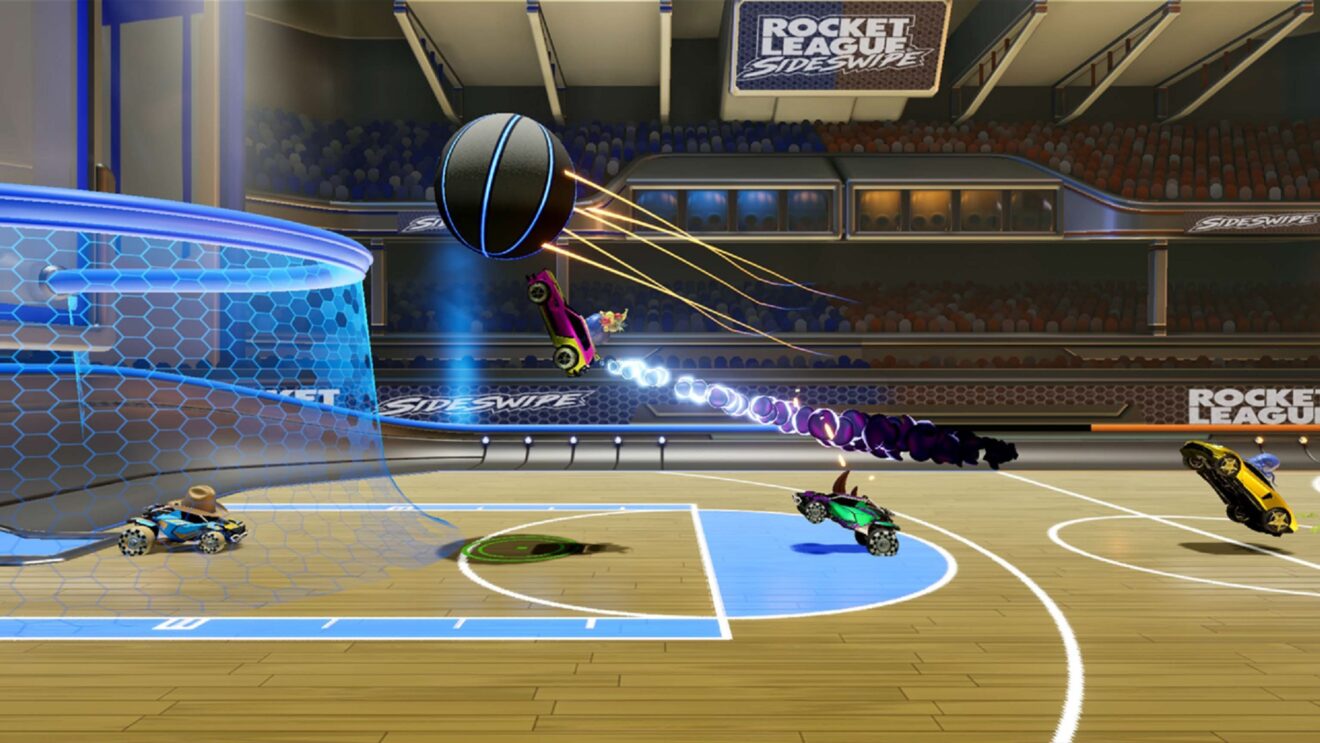 Rocket League is coming to phones with a new perspective

Sideswipe will still retain Rocket League‘s fundamentals—you use rocket-powered cars to push a ball into a net—but will take place on a two-dimensional plane, rather than in a full, 3D arena. Matches will also be limited to 1v1 or 2v2, and the match length will be reduced to 2 minutes, as opposed to Rocket League‘s traditional five-minute matches. Obviously, there will also be specific, mobile-friendly touchscreen controls.

What isn’t changing, however, is the “robust car customization” that will no doubt financially support development on Sideswipe, which is launching for free later this year for iOS and Android. There will also still be online play, as well as a competitive ranking system similar to the main game.

Psyonix is currently running a Closed Alpha for players in Australia and New Zealand, and footage from that build is seen in Sideswipe‘s trailer.

Sideswipe is Rocket League‘s first major spin-off title, but there have been collaborations between it and Epic’s other major free-to-play title, Fortnite, including the upcoming return of the Llama-Rama crossover event. When Epic acquired Fall Guys studio Mediatonic, the developer hinted that we would see a collaboration between Rocket League and its game, too.