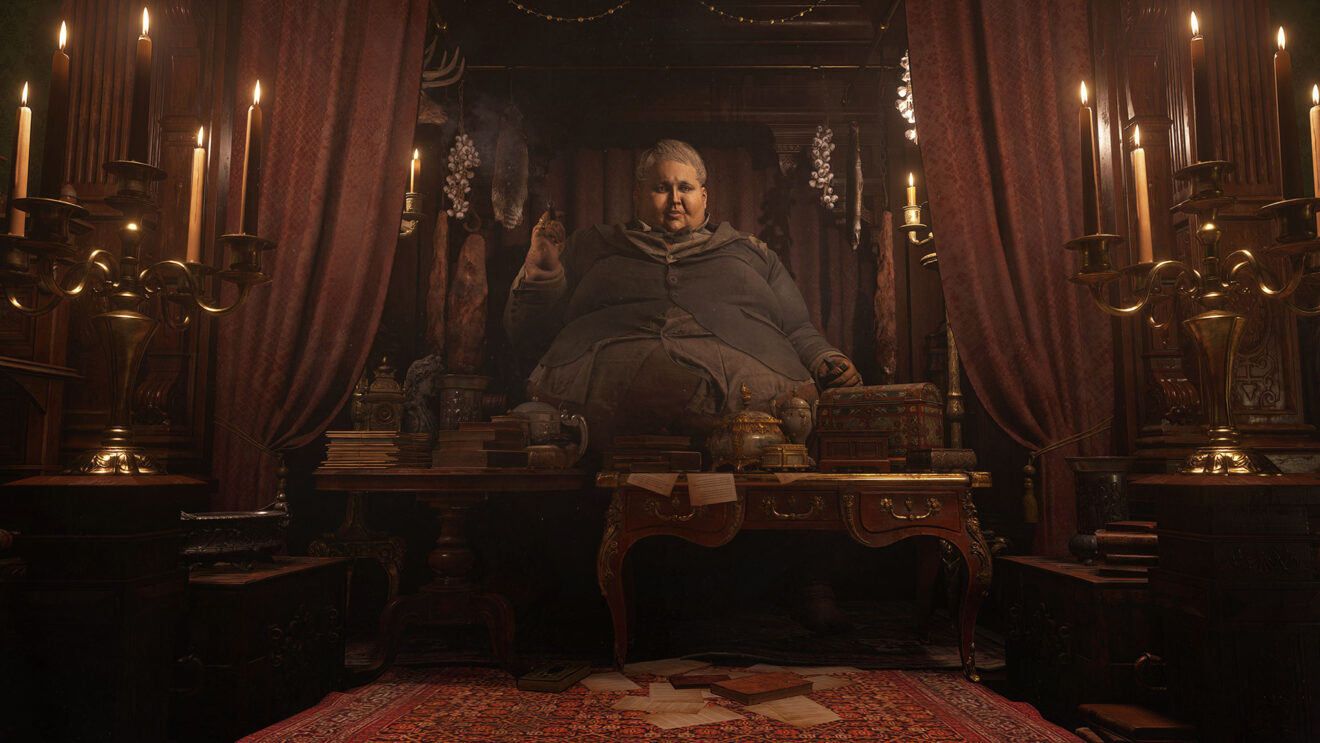 We already knew that Resident Evil Village would feature a trading and crafting system, but thanks to a new gameplay video published as part of Game Informer‘s cover story, we now know a great deal more about how these features will actually work.

The two-minute video offers a quick primer on the two main forks of Village‘s upgrades, both of which center around the portly character known as The Duke.

First, you’ll be able to permanently upgrade Ethan’s abilities and survivability by hunting. It’s the first of these two that seem like the most interesting addition to the game. Essentially, you’ll encounter several different kinds of animals throughout the village—like rams, pigs, chickens, and fish. You can choose to kill these creatures to obtain meat, but you’ll need to be careful. Not only does hunting cost you some precious ammunition, but some animals will even fight back.

Once you’re stocked up on meat, you can bring it to the Duke to have him cook you dishes that will confer upgrades on Ethan. The example from the video, the Bird and Beast Pilaf, requires four pieces of poultry and one piece of meat, and consuming it will permanently reduce the damage Ethan takes while guarding against attacks.

The second upgrade path concerns Ethan’s weapons, and relies on a currency called Lei. Some enemies will drop Lei on death, but you can also earn it by selling the Duke valuables you discover, either from fallen foes or hidden in the environment.

You’ll be able to spend Lei to buy healing items, ammo, and inventory expansions, but you can also use it to upgrade the power, rate of fire, reload speed, and ammo capacity on your guns. Certain guns will also have special upgrades, like the sniper rifle’s cheek rest, which reduces weapon sway, and high-magnification scope, which does exactly what you’d expect.

We’re likely to learn even more about Resident Evil Village later soon, as there’s another showcase planned for 3 p.m. PT.