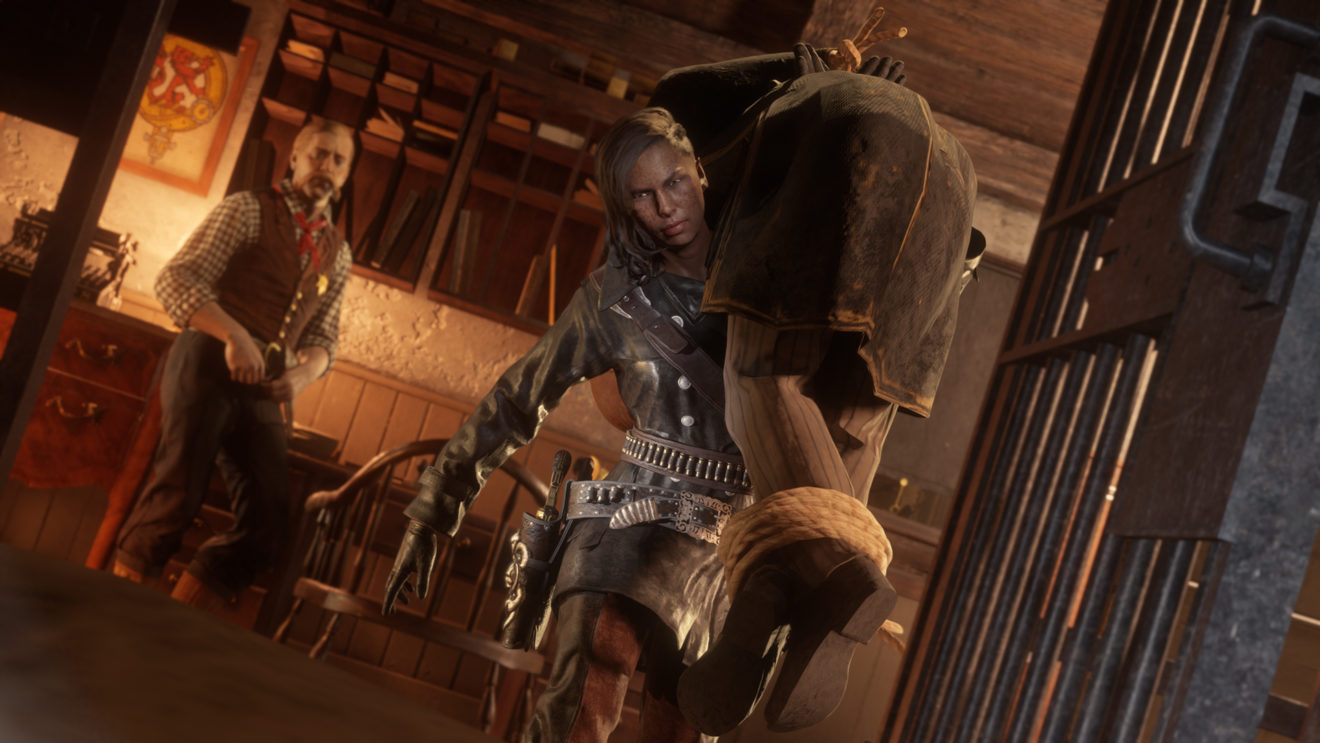 Rockstar has announced that the Wheeler, Rawson, & Co. Club and The Outlaw Pass will be added to Red Dead Online with the release of next week’s Frontier Pursuits update.

These two new additions are basically Red Dead Online’s version of a battle pass, with the Wheeler, Rawson, & Co. Club acting as the free track and The Outlaw Pass acting as the premium track.

On September 10th, all players will be given a Club Membership that can be leveled up by earning experience. As the membership ranks up, players will unlock new clothing, accessories, a special gun wrap, bonus cash, and more. This first “Club Membership period” will last until November 18th.

While The Outlaw Pass is an upgraded membership that can be purchased for 35 Gold Bars and rewards “exclusive clothing, distinctive styles for your armaments, adornment for any campsite, bonus cash, special vouchers and much more.” Players who manage to get their pass to rank 70 will also earn 35 Gold Bars in the process.

The Frontier Pursuits update is due to go live on September 10th and introduces three new roles to the game: Bounty Hunter, Trader, and Collector. Find out more about these new additions here.